Monster Trucks is a live-action movie released by Paramount/Viacom Inc. about a specially-powered creature that gives a young man’s monster truck a life of its own. Despite being slated by US press for its excessive production budget of $125 million, London Mums and the kids’ club really enjoyed it. It’s out in the UK on Boxing Day and we predict it will be quite popular with families. 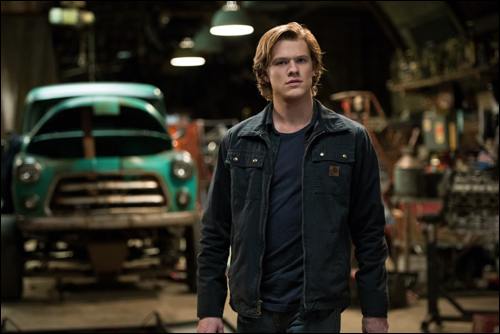 Looking for any way to get away from the life and town he was born into, Tripp (Lucas Till), a high school senior, builds a Monster Truck from bits and pieces of scrapped cars.  After an accident at a nearby oil-drilling site displaces a strange and subterranean creature with a taste and a talent for speed, Tripp may have just found the key to getting out of town and a most unlikely friend.

Borrowing other known films’ titles, I would describe Monster Trucks as Pete’s Dragon meets Cars meets How to train your dragon. Apparently the film was inspired by former film president Adam Goodwin’s conversations with his four-year-old son but in reality it has elements of various famous movies. The storyline about the journey of a boy rescuing his monster pet is known to us from Disney’s Pete’s Dragon. The living trucks have impressed us in Cars and we have enjoyed them in Monster Trucks too. The monster pet /truck here has a face resembling How to train your dragon’s main creature. Having said this, the film  does not luck originality at all, in fact we all enjoyed the action scenes as well as the boy’s journey to find himself, believe in himself, his friends and family. 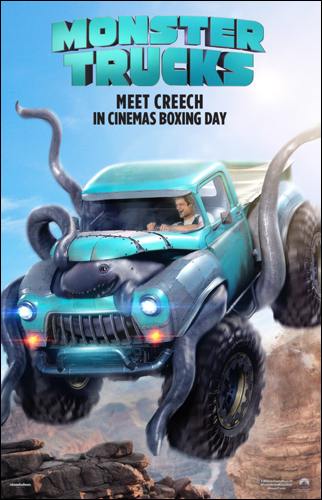 The only big movie stars in Monster Trucks are Rob Lowe as the villain and Danny Glover as the good guy who is essential in the monsters’ rescue mission. Director Chris Wedge (known for Ice Age and Epic) has done a good job in maintaining the tension throughout the movie while transmitting good values to the young audience. A lonely geeky teenager with a broken family becomes a monster’s best friend and in his mission to rescue him, he makes friends, finds a girlfriend and also ends up befriending her stepfather. A perfect Christmas film for the family without the cheesiness of Christmas movies. 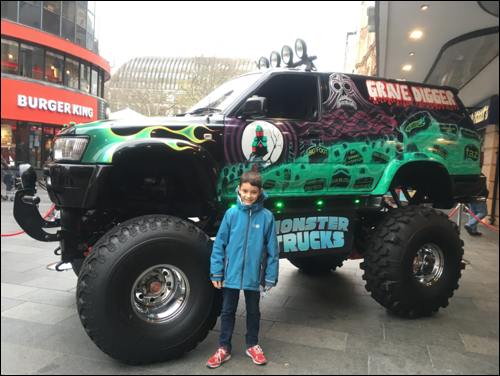 10 year old Diego from the London Mums’ kids club loved the film and rated it 9/10. His friend Zidane gave it a score of 10/10 and said Monster Trucks ‘is the best film he saw in cinemas in the last year.’

This entry was posted on Monday, December 26th, 2016 at 12:05 am and is filed under Movies. You can follow any responses to this entry through the RSS 2.0 feed. Both comments and pings are currently closed.