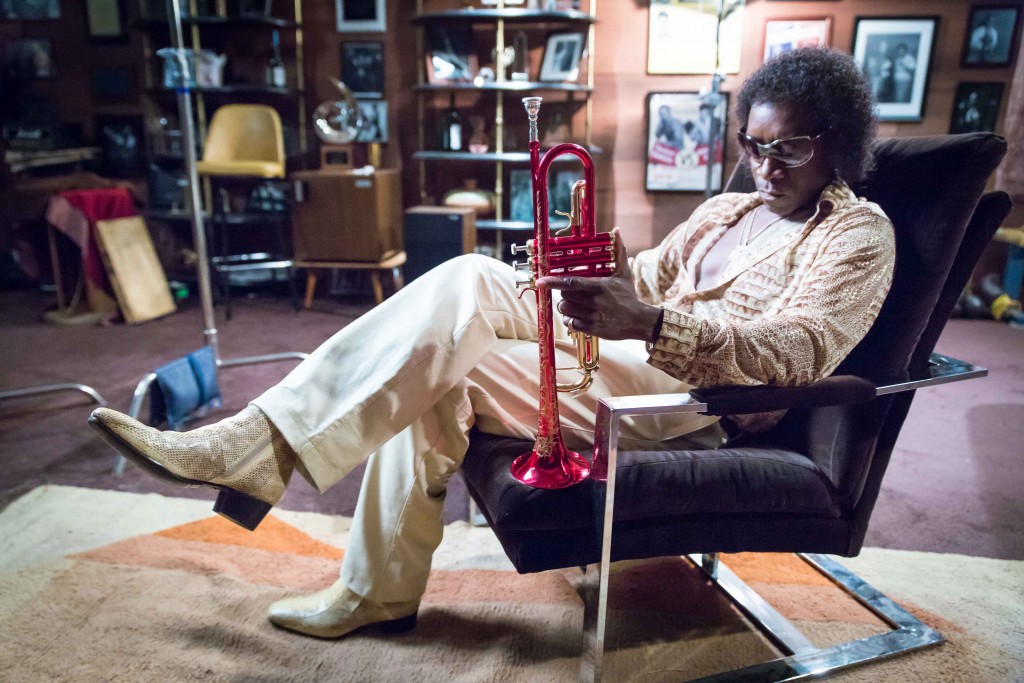 Cheadle’s bio-pic of jazz musician Miles Davis concentrates on a handful of years in the 1970s when the trumpeter disappeared from public view. With a string of albums behind him, and legions of fans clamouring for more, he hit a creative block and had to simply wait until the inspiration returned. Inevitably his new reclusive lifestyle raised questions, hence the arrival of Rolling Stone journalist Dave Braden (Ewan McGregor) on his doorstep to uncover the story. But instead of getting the interview he’s hoping for, he becomes embroiled in Davis’ manic attempts to recover a stolen music tape from his record company.

Davis was probably one of the most talented jazz musicians ever and Cheadle has given him a tailor-made bio-pic to suit his personality – creative, unpredictable, energetic and intelligent. That storyline about the stolen music tape is the string that loosely holds the film together, as it ricochets backwards and forwards in time to give us the story of his life and music – well, most of it. Some of the connections are inventive and impressively smooth: Davis opens a lift door to walk out onto a stage 20 years ago at the start of his career. So, yes, it’s a bio-pic but it’s also more of a riff on the genre and a riff on Davis himself.

Reality is mixed with creative license throughout and it needs a diehard Miles Davis fan to separate fact from fiction. Yet that blurring of the edges is also a tribute to Cheadle’s skill as a storyteller: you genuinely can’t see the join. There are, however, times when some scenes don’t appear to make sense and that’s all to do with the to-ing and fro-ing. Stick with it, though, because all the loose ends do get tied up, even if some take longer than others. 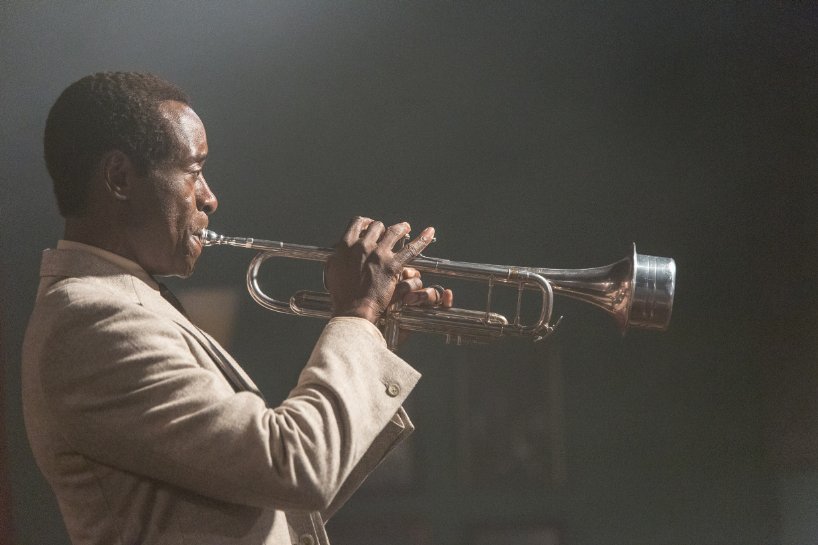 The film’s most quotable line also happens to be the one that sums it up perfectly. “If you’re gonna tell a story, come with some attitude,” Davis tells Braden. That’s what Cheadle the director has set out to do, and he’s largely succeeded with a combination of pace, an element of mystery and plenty of imagination. As an actor, this is the best thing he’s ever done. He’s got the rasping voice, almost a hoarse whisper, an ill-disguised contempt for just about everybody else and an obsession with music. It’s a performance that dominates the film and the only one who comes close to him is Emayatzy Corinealdi as Frances, his wife, who gives up her career as a dancer for him but, ultimately, can’t cope with his erratic and sometimes violent behaviour. And her memory keeps coming back to haunt him. 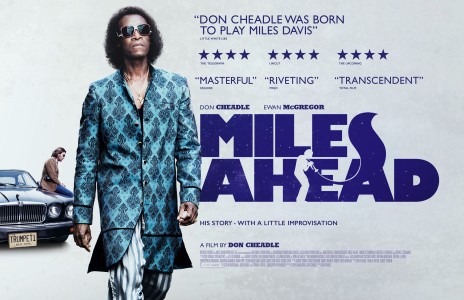 Miles Ahead is made with love and respect and plenty of that attitude. It may not always hit the right note every single time – Davis probably wouldn’t have wanted it to – but it is effective in showing the chaos that was his life and his mind. And lovers of his music can simply wallow.

Miles Ahead is in cinemas now and was reviewed on Talking Pictures on 21 April 2016.

Tags:  Don Cheadle Emayatzy Corinealdi Ewan McGregor Iron Man Miles Ahead Miles Davis Ocean's Eleven Rolling Stone
This entry was posted on Monday, April 25th, 2016 at 11:00 am and is filed under Movies. You can follow any responses to this entry through the RSS 2.0 feed. Both comments and pings are currently closed.