Some films wear their heart on their sleeve, often because they’re telling what they believe is an important story. It’s an endearing quality, but it doesn’t always follow that the film’s a good one. Which can be problematic for movie critics, like our own Freda Cooper. But, as ever, she tells it like it is – even when, as in Max which is released on Friday, certificate 12A, the central character is a courageous military dog. 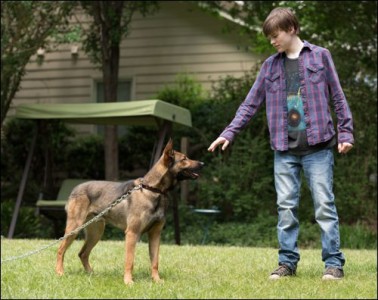 Max is a military dog who serves with distinction on the front line in Afghanistan. He has an extremely close bond with his handler, Kyle, but when he dies, the dog is traumatised and won’t respond to anybody. Brought back to the US for Kyle’s funeral, he meets the family and is calmer around younger brother, Justin (Josh Wiggins), so they decide to adopt him. The dog slowly starts to respond to training from the teenager and one of his friends, Carmen (Mia Xitlali), but an old friend of his handler’s turns up, ingratiates himself with the family and implies that Max had something to do with his Kyle’s death. He has his own motives and Justin, his friends and, of course, Max, have to find a way of uncovering the truth.

So this is a film about military dogs and their handlers and it’s a subject full of drama and emotion, just what you need to make a good film. The trouble with Max is, although it’s dedicated to all the dogs and handlers past and present, the makers seem almost oblivious to the cinematic potential of the story.

In the summary of the plot (above) there’s an almost visible line between the two parts of the story. It all gets off to a good enough start, showing Max’s relationship with his handler and the rest of the Marines and the initial fall out following Kyle’s death. The scene when Max is brought to the funeral is a real tear-jerker. But, once that part of the film is over, the rest is drowned in a tidal wave of soap suds. 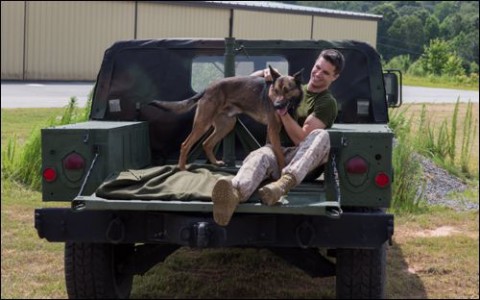 It attempts to be a family film, although somebody needs to tell director Boaz Yakin that movies for families don’t have to be served up with a large portion of syrup. And there are scenes which are questionable as family fodder – Max fighting a Rottweiler, for one – and rather at odds with its 12A certificate. In the main, though, the film is decidedly a U, with a weak plot about the old Marine buddy getting a job with Justin’s dad (Thomas Haden Church) as a cover for arms dealing. And with Max, Justin and his friends on the trail, there’s more than a sniff of Scooby Doo. The acting isn’t much better than the story, with the best performance coming from the dog Carlos as Max, even if he is made out to be something of a wonder dog.

All of which made me wonder why Warner Brothers have decided to give this a cinematic release. I don’t quibble with the school holiday timing, but it’s going to sink without trace against the likes of Inside Out and Ant-Man. Straight to DVD would have made a lot more sense because, sadly, that’s where it belongs – on a Saturday morning. 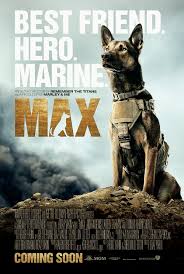 The really sad thing about Max is that, underneath the thick layer of sugar, there’s a story that’s really worth exploring. Yet it hardly gets a look-in. I’d gone along armed with tissues – after all, a heroic dog is always a heart warmer – but after the funeral scene I didn’t need them and neither did anybody else in the cinema. It’s such a shame. When a film is so genuine in its intention, you find yourself willing it to be better than it actually is. Sadly, my efforts in that direction were wasted.

Max is released in cinemas on Friday, 7 August and will be reviewed on Talking Pictures on Thursday, 6 August 2015.

This entry was posted on Tuesday, August 4th, 2015 at 11:00 am and is filed under Movies. You can follow any responses to this entry through the RSS 2.0 feed. Both comments and pings are currently closed.