One of the most popular British rom-coms ever celebrates its 21st birthday this year.  Yes, it really is that long since we fell for Hugh Grant’s floppy-haired charm and blubbed as John Hannah read Stop All The Clocks in Four Weddings And A Funeral.  It struck a chord in the 90s – and this week sees the arrival of the rom-com for the 2010s.

Man Up, released on Friday, certificate 15, takes a look at the pitfalls of modern dating.  London Mums’ film critic, Freda Cooper, went along hoping to learn something …… Nancy (Lake Bell) is in her mid-30s, single and fed up with her well intentioned friends trying to find her a partner.  She gives up on dating after a set-up at party goes horribly wrong and plunges her self-confidence to an all-time low.  Then she’s mistaken by Jack (Simon Pegg) for his blind date.  But they get on well, so she takes a chance and goes along with it rather than tell him the less than exciting truth.  Of course, he’s going to find out eventually …..

Man Up revels in being a romantic comedy, taking all the conventions and clichés that go with the genre and bringing them bang up to date.  Director Ben Palmer and his writer, Tess Morris, are clearly rom-com fans as there isn’t a hint of parody anywhere, but they can’t resist the occasional nod in the direction of other romantic comedies.  It’s part of the fun, after all.  So there’s something close to an 18-rated re-working of When Harry Met Sally’s most famous scene.  And others will seem very familiar as well. 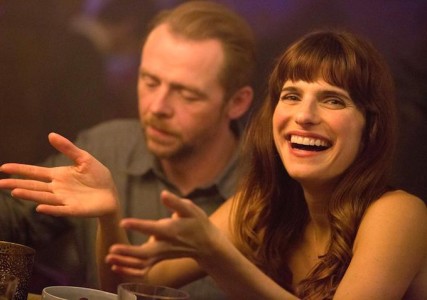 What gives it that all-important freshness is its sharp script, on-screen chemistry between Simon Pegg and Lake Bell and a total lack of the slightly smug tone that went with Four Weddings.  Instead it’s rooted in somewhere closer to the real world and has an honesty about it that’s more than welcome.

Pegg and Bell make a lovely couple and you genuinely wish their characters would get together. Neither has a great track record with relationships and, in reality, both of them need to ‘man up’ when it comes to life.  But the scene stealer is actually Rory Kinnear as a slightly creepy loser who’s lusted after Nancy ever since they were at school together.  He gets some of the best laughs in the film, and there are plenty of them – not always of the out-loud variety, but giggles that come from familiarity. 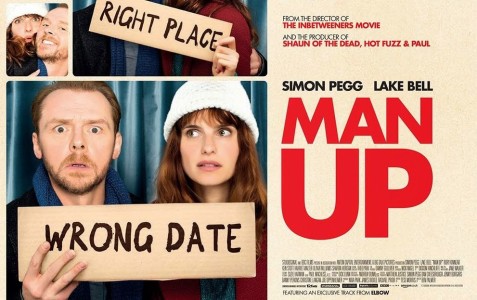 It may not be a classic, but Man Up’s heart and energy is an overdue change from the current diet of blockbusters and special effects.  Book the babysitter and head on down to your local flicks.  This is the rom-com for right now.

Tags:  Four Weddings And A Funeral Hugh Grant John Hannah Lake Bell Man Up Rory Kinnear Simon Pegg When Harry Met Sally
This entry was posted on Friday, May 29th, 2015 at 11:15 am and is filed under Movies. You can follow any responses to this entry through the RSS 2.0 feed. Both comments and pings are currently closed.