Get ready to sing and dance, laugh and love all over again. Mamma Mia! Here We Go Again  is the prequel / sequel of the original Mamma Mia musical (released 10 years ago) for the big screen celebrating the iconic music by Swedish band ABBA. It hits UK cinemas this Friday 20 July 2018.  I have loved every minute of this film. Call it cheesy, blame the joyful music but Mamma Mia – Here we go again! is a blast and I haven’t stopped singing since last night. The perfect family movie for the Summer. If you are a fan of Abba and of the original Musical Mamma Mia, you’ll be in for a treat. 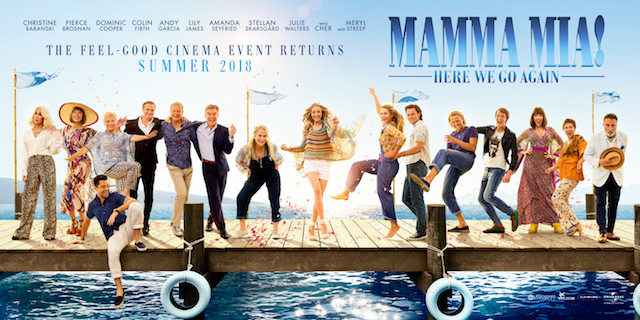 Ten years after Mamma Mia! The Movie grossed more than $600 million around the world, you are invited to return to the magical Greek island of Kalokairi in an all-new original musical based on the songs of ABBA. With the film’s original cast returning and new additions including Lily James (Cinderella, Baby Driver), the musical comedy will open in UK cinemas on 20th July 2018. Mamma Mia! Here We Go Again is produced by Judy Craymer and Gary Goetzman, producers of the original film. Craymer is also the creator and producer of the worldwide smash-hit stage musical.

As the film goes back and forth in time to show how relationships forged in the past resonate in the present, James will play the role of Young Donna.

Despite seeing people leaving the cinema early and hearing negative comments by fellow film critics, I have loved every minute of this film. And not just because I am a huge fan of both Cher and Andy Garcia who are new entries in this movie as Sophie’s grandmother and hotel manager respectively. The film goes back in time to tell the story of Donna from graduation day up to when she christened her daughter. But the prequel story is constantly interrupted to go back to modern days and show parallels between Donna and Sophie’s lives and exploring the mother/daughter relationship including the one between Donna and her mother Ruby played by the stunning and super talented diva Cher. 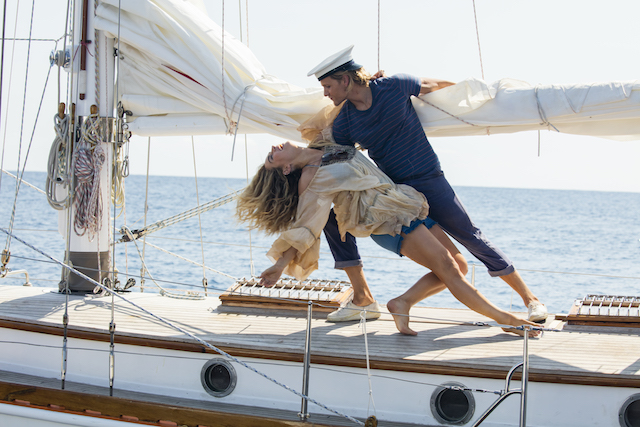 Of course the movie is super cheesy but I loved it and all the people I interviewed after the screening said they enjoyed it. It is the perfect movie to watch during the hot Summer. The good going is that it has a PG rating and you can take kids to see it.

The music by ABBA is clearly the protagonist. It is virtually impossible to stay put and quiet at a screening of this film. The iconic tunes are so irresistible and you want to both sing along and dance.

My favourite duet of the entire movie is the song Fernando between Cher and Andy Garcia. Cher is undoubtably still a great singer and a divaesque character that you want to see more and more on the screen. Andy Garcia whom I managed to interview at the press conference (watch this space as I will dedicate a lot of column inches to that), is still very charming like in the good old days of the Godfather and When a man loves a woman. 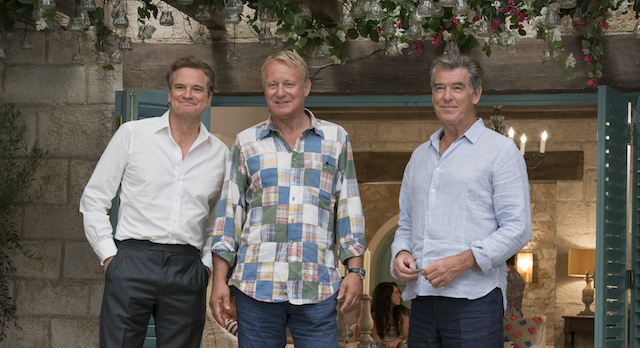 Lily James has done an excellent job interpreting the young Donna played by Meryl Streep, who is only appearing at the end as Donna’s angelic ghost. I don’t believe Lily hasn’t received enough credit for the livelihood she brings to her character, her talents in singing and dancing. I truly enjoyed her performance in this movie. 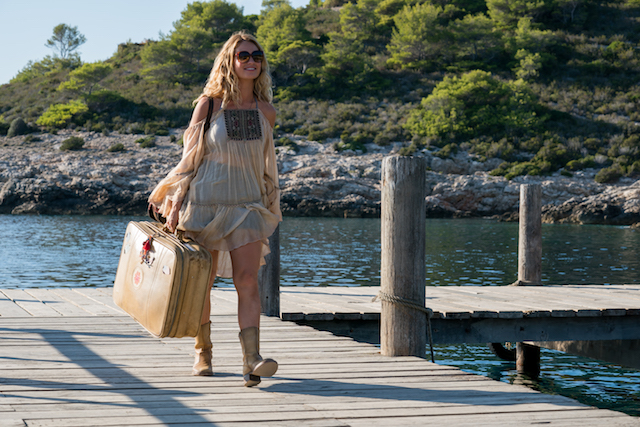 There are plenty of gags throughout the film including Colin Firth hanging at the front of a boat doing a Titanic pose with Skarsgard as his Rose. 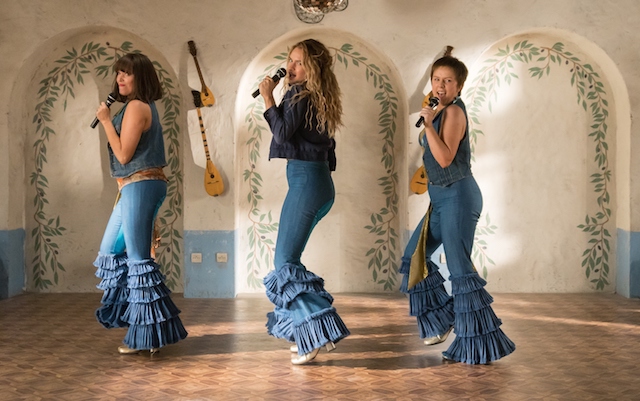 The old gang returns as funny as ever with the aid of the young gang too. The duo of Donna’s old pals are the superb actresses Julie Walters and Christine Baranski. 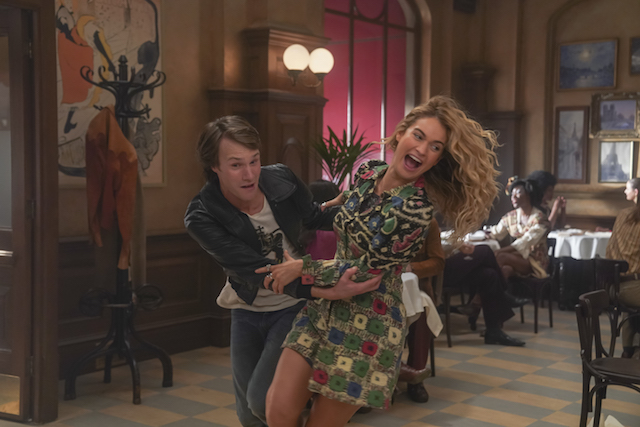 Most ABBA songs are well known with a couple of exceptions and people sung along throughout the film. You can criticise the story but at the end of the day, you have to remember that this is essentially a musical to celebrate ABBA’s music so this film serves its purpose well.

This entry was posted on Thursday, July 19th, 2018 at 2:29 pm and is filed under Movies. You can follow any responses to this entry through the RSS 2.0 feed. Both comments and pings are currently closed.