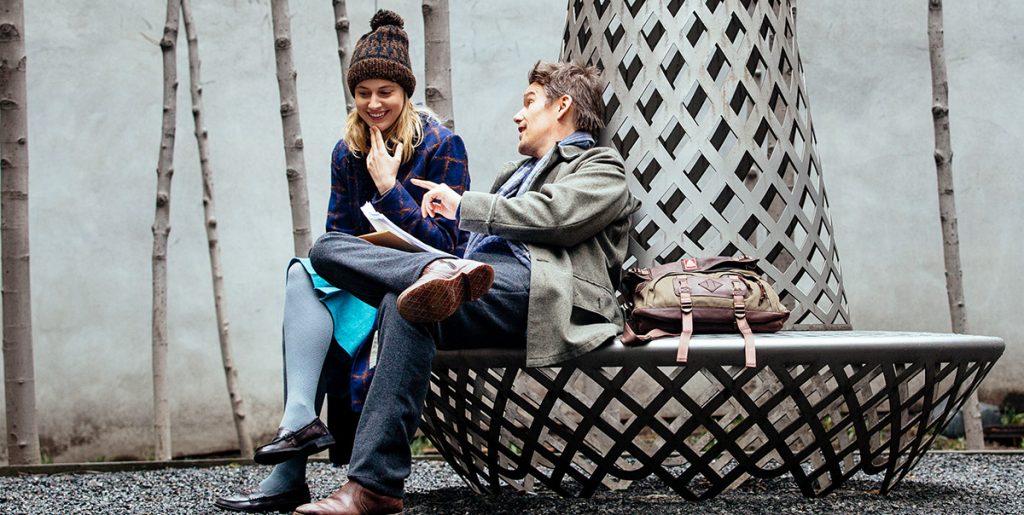 Maggie wants to have a baby and bring up the child on her own.  Her chosen donor is pickle magnate Guy (Travis Fimmel), who was something of a maths genius at college.  But her plan is de-railed when she falls for lecturer, John (Ethan Hawke), who also happens to be married to another lecturer, Georgette (Julianne Moore).  The two move in together, have a child of their own, but several years later their relationship has run out of steam.  So Maggie hatches plan two.  She decides Georgette and John belong together after all and sets about making it happen.

So Maggie actually has two plans, not just the one.  Writer/director Rebecca Miller has taken Karen Rinaldi’s original book, developed the characters and even added a couple more.  There’s Tony (Bill Hader), Maggie’s ex from college, and his wife Felicia (Maya Rudolph).  They’re the friends that she needs to see her through the changes in her life, but Tony is also adept at delivering much-needed reality checks.  Better still, they’re wonderfully funny creations and could more than happily sustain their own film – which they fully deserve.

The story has been pared down so that there’s not a single superfluous moment.  We’re plunged into Maggie’s first plan with very little in the way of pre-amble.  All we see is her helping a blind man to cross the road, which tells us something about her character, and then it’s straight on to her conversation with the pickle magnate she’s chosen to father her child.  Several months later, she’s about to do the deed when John shows up on her doorstep and they get it together.  Three years down the line, she has a blonde toddler in tow: we’re curious about the father, but she doesn’t appear to have any doubts. 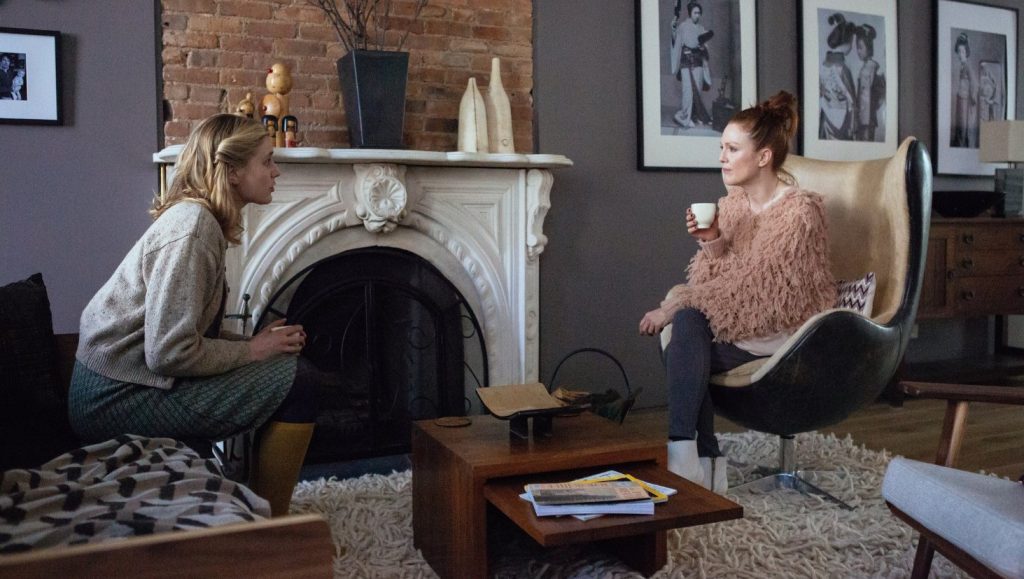 It’s also a deliciously wicked little satire on academic life.  Both John and Georgette lecture in ficto-critical anthropology: it sounds made-up, but it’s for real, as is John’s specialist subject, commodity fetishism.  Whatever that is.  The academics live and work in a tight community, where everybody knows everybody else and where Maggie doesn’t quite fit.  She works at the college, not as an academic but helping students to market their own business ideas.  More down to earth than ficto-critical thingy.

The cast are universally terrific.  Hader and Rudolph we already know about.  Gerwig’s usual quirkiness is more understated than usual, allowing her to dig deeper into the character of the subtlely controlling Maggie.  Julianne Moore is outstanding as Georgette, initially the more obvious control freak of the two, but surprisingly vulnerable underneath.  And Ethan Hawke is on the button as John, caught between two women with the same specialist subject.  Making his life easier. 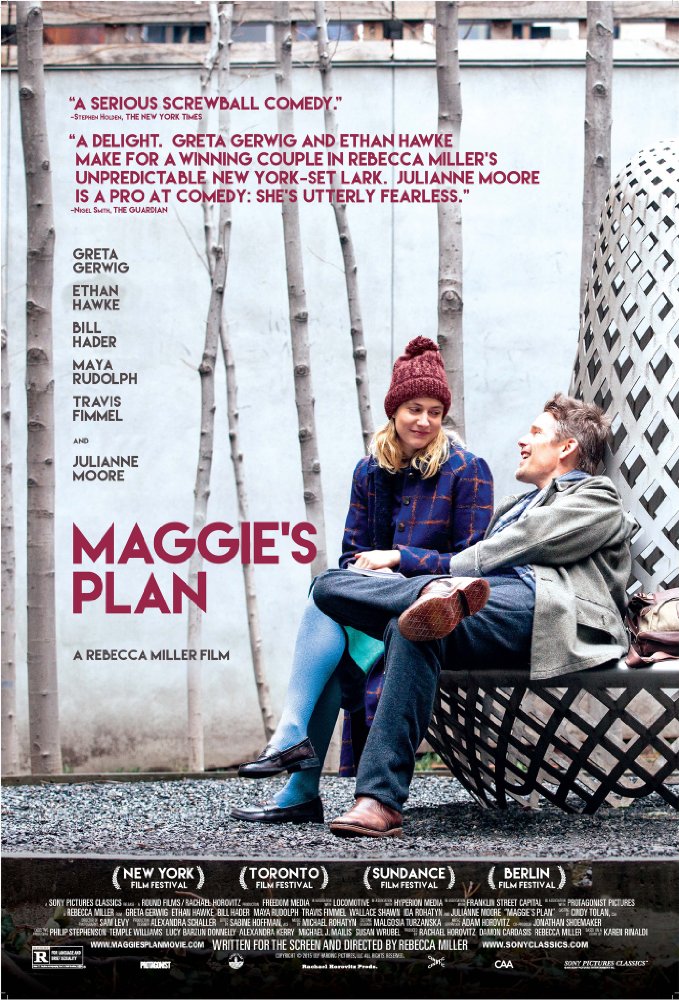 Don’t expect huge guffaws from Maggie’s Plan.  You won’t get them.  But what you will have is one long smile on your face throughout the film as it charms as well as tickles.  It’s witty, smartly paced and nicely observed.  And with great turns all round from the cast, it all goes beautifully according to plan.  Both Maggie’s and Miller’s.

Maggie’s Plan is released in cinemas on Friday, 8 July 2016 and reviewed on Talking Pictures on Thursday, 7 July, alongside an exclusive interview with writer/director Rebecca Miller.