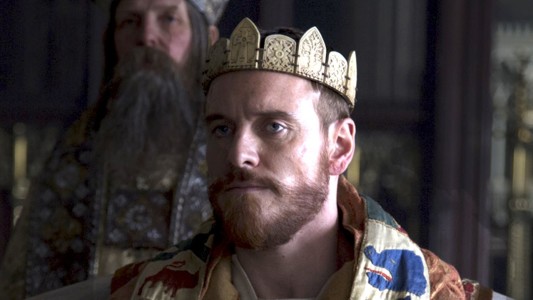 It’s a familiar one.  In a war torn Scotland, the heroic Macbeth (Michael Fassbender) wins yet another battle for his King, Duncan (David Thewlis).  Straight afterwards, it’s predicted he will be rewarded for his bravery and, ultimately, become King of Scotland.  When the first part of the prophecy comes true, he and his wife (Marion Cotillard) kill the King and Macbeth becomes a bloodthirsty tyrant.  But there’s rebellion brewing just over the border ……..

It all opens on a gloomy but arresting sight, the funeral of the Macbeths’ little boy. It’s a possibility that’s briefly mentioned in the original Shakespeare, but the film fleshes it out, making it just as much a reason for the couple’s ambitions as the three weird sisters. This is just the first of a number of striking images, because visually this is a stylish film. There’s the cold, cruel landscape with its snow and grey clouds. There’s the almost constant mist, shrouding the characters and making them look like ghosts. And there’s the glowering majesty of Bamburgh Castle in Northumberland, a location that was also used by Roman Polanski for his Macbeth in 1971.

But director Justin Kurzel is so preoccupied with the camerawork that it unbalances the film.  Scratch the surface of it and there’s little underneath.  What’s left is strangely sterile and that’s down to the way he’s directed what is an impressive cast.  Fassbender delivers a lot of his blank verse in something close to a blank voice, or at least a monotone.  Thank goodness for those intense eyes.  Marion Cotillard does much the same, although her face is more expressive.  Yet the supporting actors are given the freedom to make more of an impression, especially the often underrated Sean Harris whose Macduff is loyal to a fault but, nonetheless, has concerns about the new king.  And when his family is murdered, his eyes burn with anger and grief. 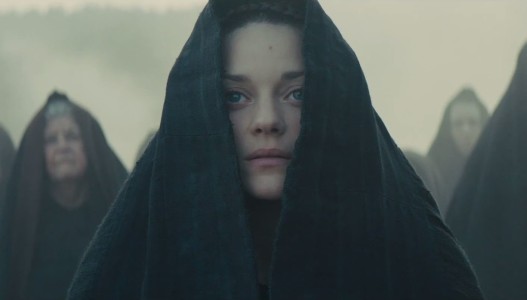 It isn’t just the visuals that dominate the film.  Jed Kerzel’s (the director’s brother) soundtrack sounds like a dirge but also sounded incredibly familiar – and yet I kept thinking of a western.  And that’s because he also wrote the soundtrack for Fassbender’s Slow West.  They sound staggeringly similar but, while the Slow West music worked well in creating the film’s atmosphere, here it’s overpowering and adds little apart from foreboding.  It doesn’t build tension or add to the many scenes where the actors are simply standing still with almost expressionless faces.  It just gets tedious. 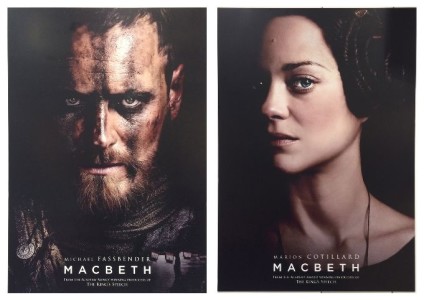 This version of Shakespeare’s classic isn’t exactly cursed, but the director’s approach hasn’t done it many favours.  Macbeth should be full of tension and sinister witchcraft, but that seems to have been sacrificed in favour of the camerawork.  And, while it’s striking to look at, there should be more to the film than that.  It may be handsome and soaked in blood, but as far as the spirit of the story is concerned, it’s curiously bloodless.

Macbeth is released in cinemas on Friday, 2 October 2015 and will be reviewed on Talking Pictures on Thursday, 1 October 2015.

Tags:  Bamburgh Castle Macbeth Marion Cotillard Michael Fassbender Northumberland Roman Polanski Sean Harris Slow West
This entry was posted on Monday, September 28th, 2015 at 7:32 pm and is filed under Movies. You can follow any responses to this entry through the RSS 2.0 feed. Both comments and pings are currently closed.