I had so much fun interviewing filmmakers Will Speck and Josh Gordon behind Lyle Lyle Crocodile, a new family movie based on the children’s story of the same name and its prequel The House on East 88th Street by Bernard Waber. Not only these directors are talented but they are supported by top Hollywood star Javier Bardem as well as the sweetest sing-song writer of the moment Shawn Mendes. I have laughed and giggled throughout the screening.

Lyle Lyle Crocodile is released on 14 October 2022 in cinemas. 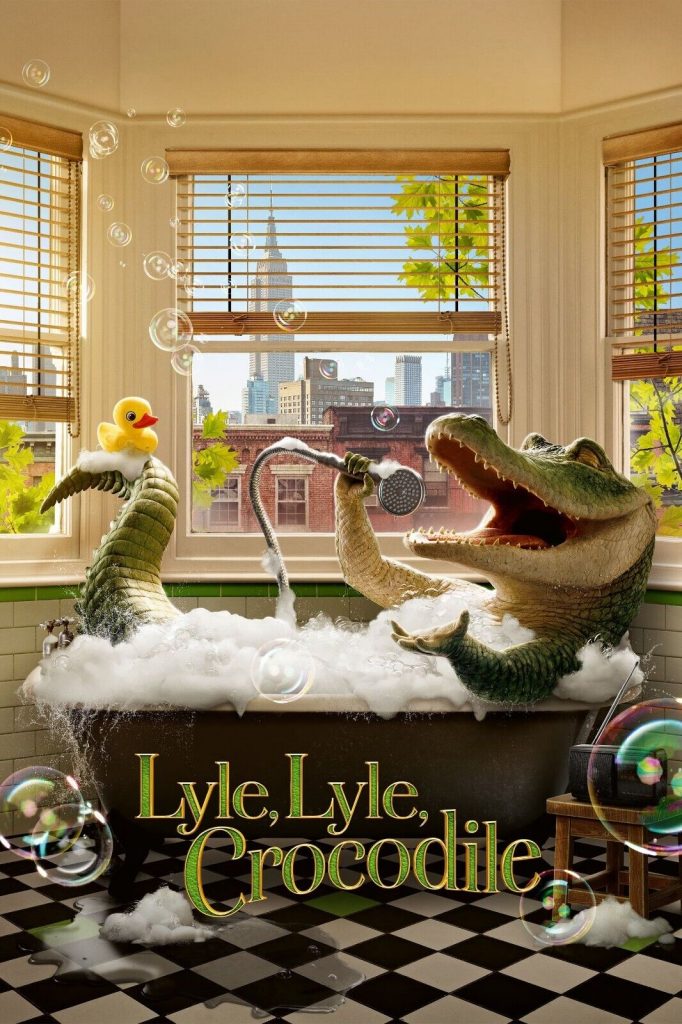 When the Primm family moves to New York City, their young son, Josh, struggles to adapt to his new school and new friends.
All of that changes when he discovers Lyle, a singing crocodile that loves baths, caviar and great music.
Lyle Lyle Crocodile essentially follows the title reptile who lives in a house on East 88th Street in New York City. Lyle enjoys helping the Primm family with everyday chores and playing with the neighbourhood kids but one neighbour who is particularly unfriendly and threatens the newly found family happiness.

Lyle Lyle Crocodile is a well-made, entertaining movie, which is live action with excellent CGI animation for the crocodile. The crocodile literally rocks in every possible way.
Based on the idea of an Imaginary friend, the movie takes that concept to a new level. Lyle is very good at bringing out the best potential in people. He gets the boy to be more confident and brave at making new friends, the control-freak mother becomes less obsessive about her routines, the dad, who is completely emasculated and useless as a teacher, becomes more authoritative and manages to control his class at school in the end. The crocodile wrestles with him and makes him win to give him confidence. The crocodile brings back joy and balance to family life.
Hector, the flamboyant character played by Javier Bardem, is very entertaining. This role is demanding to act but Javier Bardem makes it look so effortless especially with so much CGI involved.
Shawn Mendes voices the crocodile who was discovered as a baby crocodile in a pet shop by Hector the showman, whose flamboyant antics really steal the show trying to help Lyle to overcome stage fright.

This entry was posted on Tuesday, October 11th, 2022 at 8:07 am and is filed under Movies. You can follow any responses to this entry through the RSS 2.0 feed. You can skip to the end and leave a response. Pinging is currently not allowed.