I have never seen an animated movie like Loving Vincent before. It is in fact the world’s first fully painted feature film about the last few weeks of Vincent Van Gogh’s life and death as told by his paintings and by the characters that inhabit them. Loving Vincent is an enchanting and innovative film which even 10+ kids should watch. It will be released in UK cinemas on 13 October 2017. 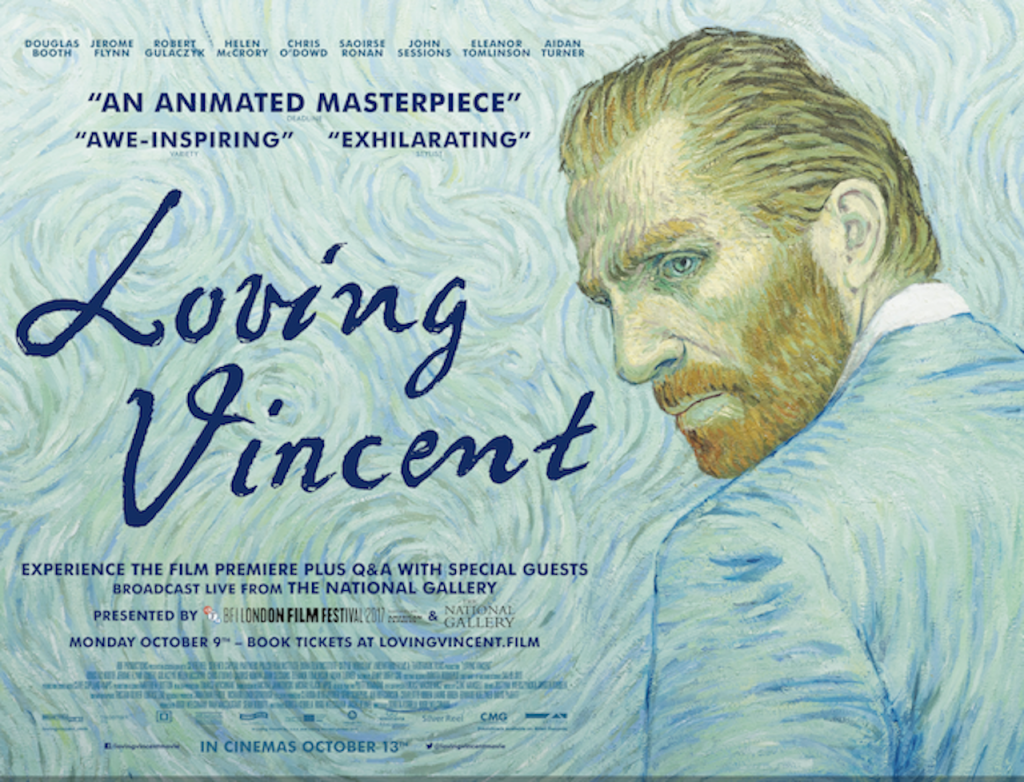 The life and controversial death of Vincent van Gogh is told through the eyes of one of the people who were closest to the genius painter. Beginning a year after his death, this portrait of the artist is built via a series of interviews conducted by Armand Roulin (played by an animated version of actor Douglas Booth) – a regular model for the artist’s portraits – who becomes obsessed with van Gogh’s death, caused by a bullet wound to the stomach. Was it an accident? Was it suicide? Loving Vincent sets out to explore one of art’s great mysteries.

Loving Vincent is the world’s first fully painted film, with every one of the 65,000 frames of the film an oil-painting hand-painted by 125 professional oil-painters. It was first shot as a live action film with actors, and then hand-painted over frame-by-frame in oils. The final effect is an interaction of the performance of the actors playing Vincent’s famous portraits, and the performance of the painting animators, bringing these characters into the medium of paint. The result is truly remarkable as you feel you are immersed in Van Gogh’s paintings. At first it feels strange, but after just two minutes your eyes adjust to the technique and you have the sensation of being catapulted into a work of art. I could watch it all day. It is really weird and wonderful. 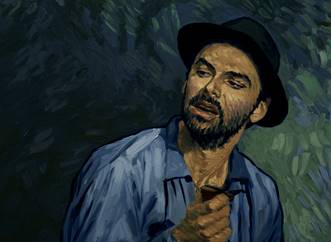 Aidan Turner as a fisherman

Never in the history of talking pictures we have seen a biographical story told through an artist’s own paintings bringing vividly to life memories of the protagonists through very advanced animation techniques. The narrative format is a detective story where the intrigue unfolds through interviews with the characters closest to Vincent and through dramatic reconstructions of the events leading up to his death. The story is well paced and will keep you on your seats with occasional jumps for its numerous twists and turns. 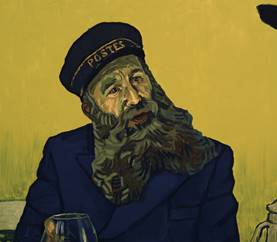 The UK Premiere of Loving Vincent will take place in conjunction with the BFI London Film Festival on Monday 9th October at 7:00pm from the National Gallery in London. A live Q&A with talent including Douglas Booth (The Riot Club), Aidan Turner (Poldark) alongside directors Dorota Kobiela and Oscar winner Hugh Welchman will be beamed into over 180 cinemas across the UK and Ireland.

Loving Vincent will be released in the UK and Ireland by Altitude Film Distribution on Friday 13th October 2017. Tickets are now on sale, full details of participating locations can be found via LovingVincent.Film

This entry was posted on Thursday, October 5th, 2017 at 12:05 pm and is filed under Movies. You can follow any responses to this entry through the RSS 2.0 feed. Both comments and pings are currently closed.