Legends of Oz: Dorothy’s Return is a 3D-animated musical based on the adventure books by Roger Stanton Baum, the great-grandson of L. Frank Baum. A continuation of one of the world’s most popular and beloved fairy tales, Legends of Oz finds Dorothy (Lea Michele) waking to post-tornado Kansas, only to be whisked back to Oz to try to save her old friends the Scarecrow (Dan Aykroyd), the Lion (Jim Belushi), the Tin Man (Kelsey Grammer) and Glinda (Bernadette Peters) from a devious new villain, the Jester (Martin Short).

Wiser the owl (Oliver Platt), Marshal Mallow (Hugh Dancy), China Princess (Megan Hilty) and Tugg the tugboat (Patrick Stewart) join Dorothy on her latest magical journey through the colorful landscape of Oz to restore order and happiness to Emerald City. Set to the tunes of Academy Award-nominated singer/songwriter Bryan Adams, Legends of Oz marks a charming, family-friendly return to the Oz franchise. Legends of Oz: Dorothy’s Return is released in UK cinemas on 23rd May 2014. 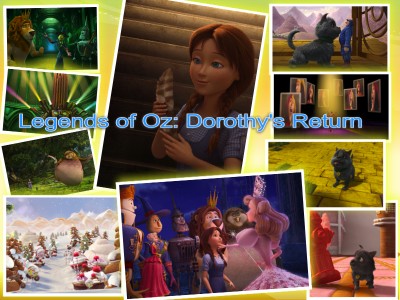 Rated U- Animation/Family/Musical
My rating is 6/10 and my 7 year old son’s rating is 8/10.
The children thought that the animation was really well done and I must agree on that. Any story related to the Wizard of Oz is always welcome as it creates so many scenarios for children to imagine lots of fantastic stories. 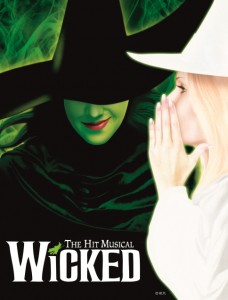 Read our review of the Musical WICKED which is the prequel to the Wizard of Oz story. In this piece the kids tell what they think about it. You will enjoy their perspective.

The Wizard of Oz

Do you remember the classic movie starring a young Judy Garland? That is probably one of the most creative films of all times.

This entry was posted on Friday, May 23rd, 2014 at 7:00 pm and is filed under Movies. You can follow any responses to this entry through the RSS 2.0 feed. Both comments and pings are currently closed.