Film review: In The Heights by Lin-Manuel Miranda

Lin-Manuel Miranda‘s Broadway musical In the Heights has been adapted for the big screen and will be released nationwide by Warner Bros. Pictures on 18th June 2021. It’s the perfect summer movie that will lift our spirits. 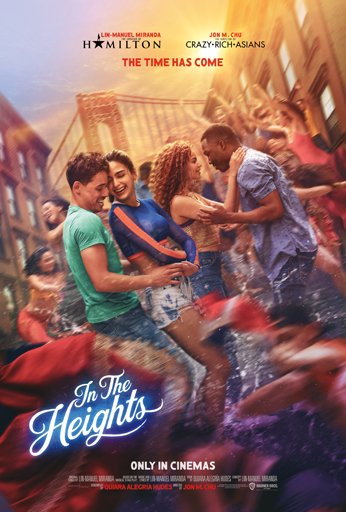 The story
The creator of “Hamilton” and the director of “Crazy Rich Asians” have created this cinematic event, where the streets are made of music and little dreams become big… In the Heights. Lights up on Washington Heights… The scent of a cafecito caliente (hot coffee) hangs in the air just outside of the 181st Street subway stop, where a kaleidoscope of dreams rallies this vibrant and tight-knit community. At the intersection of it all is the likeable, magnetic bodega (shop) owner Usnavi (Anthony Ramos), who saves every penny from his daily grind as he hopes, imagines and sings about a better life. In the Heights fuses Lin-Manuel Miranda’s kinetic music and lyrics with director Jon M. Chu’s lively and authentic eye for storytelling to capture a world very much of its place, but universal in its experience.

The verdict
In the Heights is an energetic adaptation of Lin-Manuel Miranda’s stage musical following the same plot about a New York City bodega owner who wants to save money hoping to build a better life for himself.
I would not be surprised if it became this summer’s biggest movie because its joyful Latin vibes throughout are what we need right now to lift our spirits after a year and half of isolation.
What I love the most about this movie is the soundtrack that comes to life through vibrant musical numbers and tropical Latin tunes that mix classic Salsa with contemporary Rap. It’s this peculiar combination that makes the two and half hours sitting more bearable. The pace of the movie is, in fact, very slow despite the dancing and the singing, which to me is the only negative point about this movie.

It feels like summer on film with people sweating for the intense New York heat and for the firey passion the attractive characters bring to the scene while flirting and dancing with each other. 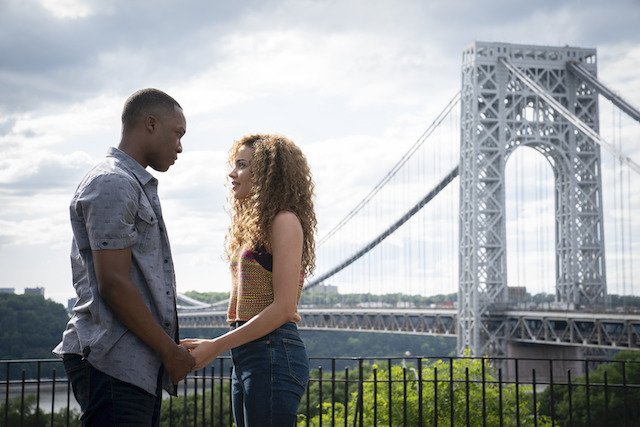 Stuck at the Picturehouse Central (Piccadilly) screening in a room full of socially-distanced journalists with absolutely no air-conditioning on the hottest day in Britain in history, it felt like a 5D movie considering we were all sweating like the cast in the film. Unplanned special effects (I am giggling but not that much).
The exhilarating pool scene brought a fresh moment. The musical number filmed at the Highbridge Pool that features synchronised swimming was shot over two days with 500 extras.

You can tell that actors have a lot of fun in this movie and their joy is contagious.

In the Heights celebrates impatience and faith, as well as the strong communal ties between the various Latin groups in America. It’s also a testimony to the power of art to turn struggles into dreams. 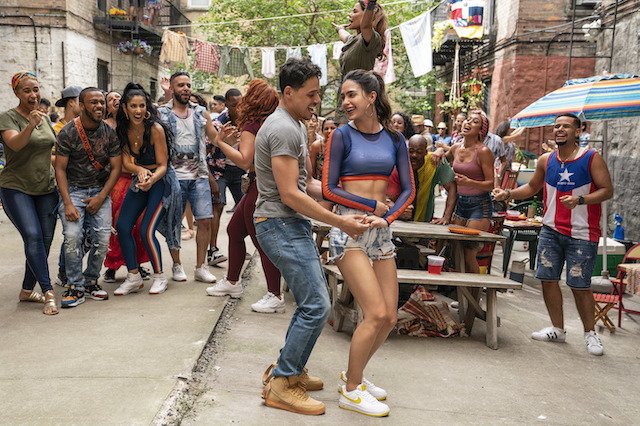 Lin-Manuel Miranda’s musical talent combined with his writing skills won’t disappoint fans of his musical hit Hamilton. In the Heights’ soundtrack will probably become my favourite music for this challenging summer of 2021 still tainted with sadness caused by the pandemic not being resolved yet. 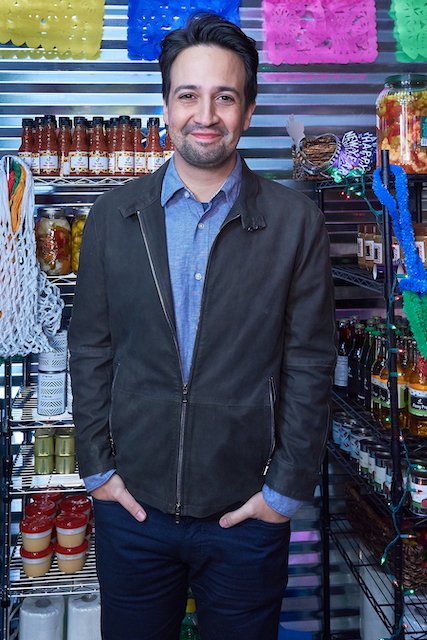 My interview with Lin-Manuel Miranda

This entry was posted on Tuesday, June 15th, 2021 at 9:15 pm and is filed under Movies. You can follow any responses to this entry through the RSS 2.0 feed. You can skip to the end and leave a response. Pinging is currently not allowed.