Ice Age: Collision Course is out now with a big bang. Yes, because it explains how the world was created, including the solar system and the disappearance of dinosaurs. Well, I am not sure children will get it actually but the basic information is there served with lots of hilarious and clever gags that will keep the parents glued and happy while the kids laugh for the silliest situations and jokes. 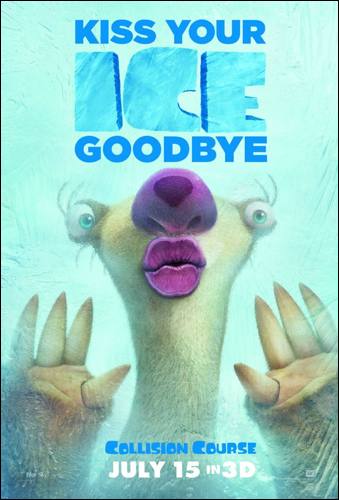 Scrat’s epic pursuit of the elusive acorn catapults him into the universe where he accidentally sets off a series of cosmic events that transform and threaten the Ice Age World.  To save themselves, Sid, Manny, Diego, and the rest of the herd must leave their home and embark on a quest full of comedy and adventure, travelling to exotic new lands and encountering a host of colourful new characters.

Many familiar voices and cameos by famous singers and actors which keep you wondering throughout the film. My absolute favourite voice cameos come from Ray Romano (the mammoth dad), Simon Pegg (Buck the saviour and geekiest of all animals) and Jesse J (who also sings).

Here are some of other famous voices:

I cannot quite explain why, but I have always enjoyed the Ice Age films. Unsurprisingly the latest flick in the franchise lacks the inventiveness of the first films, although it still delivers the expected gags. It helps to have great comedians on board.

While the youngest kids will enjoy the usual loner Scrat (the squirrel) and his desperate obsession for holding on to his acorn, the oldest children will love the elusive explanation of how the solar system was created. Parents and teachers will have to clarify quite a few facts, though. But it’s a starting point to get them interested in science.

Some references to extinction theories and cult films like ShangriLa won’t resonate with the children but parents will love them particularly ShangriLama. I won’t spoil it further! 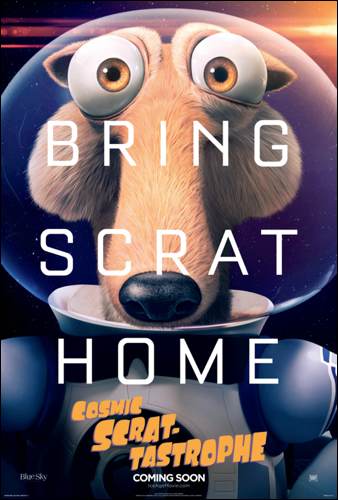 With so many great animation movies released this year it’s tough competition out there right now for filmmakers. The Ice Age franchise has seen better days.

Parents will probably yawn at times but kids will love it from beginning to end. If you are looking for ‘refreshing’ entertainment  during the Summer Ice Age: Collision Course is your film.

This entry was posted on Tuesday, July 12th, 2016 at 12:30 pm and is filed under Movies. You can follow any responses to this entry through the RSS 2.0 feed. Both comments and pings are currently closed.