BILL is the hilarious tale of William Shakespeare as you’ve never seen him before. It’s not a film just for children – you would have thought so as it is performed by the cast of BBC TV’s Horrible Histories – but also for adults who can enjoy the jokes on a different level. A real must-see for everybody. And at the end of the film you will have learnt a few things about Shakespeare’s times too. 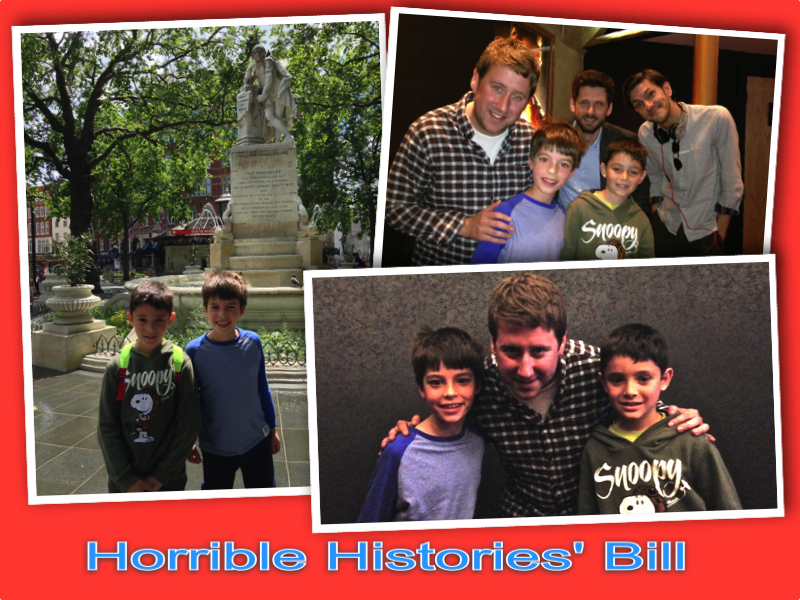 London Mums took a couple of young Horrible Histories fans to an early screening and enjoyed being seated next to their favourite actors. 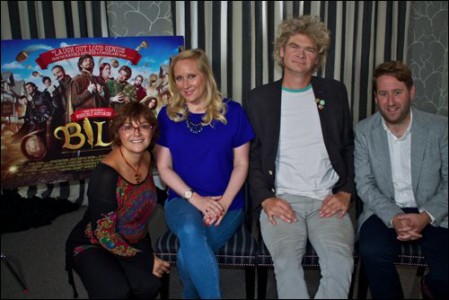 Toilet man and Gabrielle were the boys’ favourite characters. Actor Jim Howick who sat next to us at the June premiere, told us that he played 10 characters in this film and the children were really impressed. As in their previous work, the entire cast takes on multiple roles — in true Monty Python fashion.

One of London Mums’ favourite cameo was Damien Lewis’ character as an English noble officer who was imprisoned by the Spanish Armada. Priceless and unforgettable performance by a truly versatile actor! 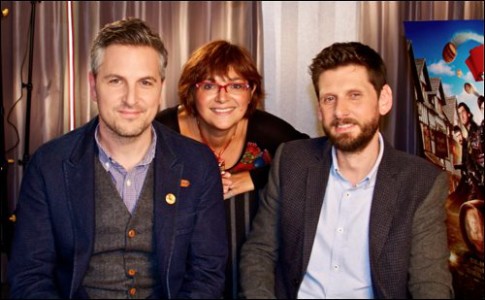 BILL tells the story of what really happened during Shakespeare’s ‘Lost Years’ – how hopeless lute player Bill Shakespeare leaves his family and home to follow his dream. It’s a tale of murderous kings, spies, lost loves, and a plot to blow up Queen Elizabeth!

Shakespeare is one of English history’s most famous names, the author of some of the most acclaimed literary works that the Western world has ever seen, and yet certain periods of his life remain a mystery. 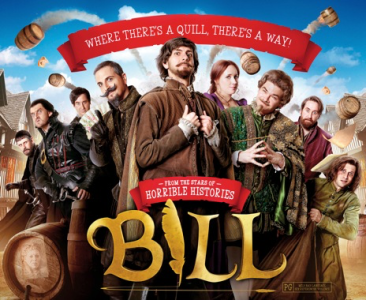 As a young man, history records William Shakespeare as married to Anne Hathaway and living with his three children in the small town of Stratford. By the time he’d hit his 30s, however, he had emerged in London as a resident playwright, a member of the performance group The Lord Chamberlain’s Men, and well on his way to literary fame. But what did he do during those intervening years? The answer has baffled historians for years.

Step forward filmmaker Richard Bracewell and the BAFTA-winning stars of TV series Horrible Histories and the fantasy comedy Yonderland, who introduce us to their version of events in this feature film.

Here they explain what happened during Shakespeare’s lost years with a fictionalised tale brimming with fun, frivolity, grime, gaffs, japes and jokes, recounting the story of how a man with a dream eventually bumbled his way to international, century-spanning, literary super-stardom.

The script is written by Laurence Rickard and Ben Willbond, directed by Richard Bracewell (The Gigolos). A Cowboy Films / Punk Cinema production, the film is produced by Charles Steel, Alasdair Flind and Tony Bracewell.

Kids: at the first screening the boys rated the film 8 out of 10 – they did not understand all historical references hence some confusion at times but they totally loved the silliest gags. But after the second viewing their rate has become 9 out of 10.

One of the gags the boys loved the most was the playing with the word ‘bill’ – i.e. ‘he shouted bill in the pub and he got the bill’.

The boys obviously loved the classic Horrible history gags involving poo and toilet because they are used to them in the TV series that is often shown at school as a treat.

All children learnt lots of new facts out of this movie and therefore it’s great and extremely educational.

Mums: After the first screening I rated this film 7 out of 10. But after the second viewing I now rate it 9/10 and I can only guess that at the third viewing I will love it more and more. The film is full of details and jokes that are better understood the second time round.

You will enjoy this film if you like watching Horrible Histories with your kids. Otherwise Shakespeare’s lost years’ story might feel a bit silly (which is the whole idea of the entire movie).

BILL is released in cinemas across the UK on 18th September 2015.

This entry was posted on Friday, September 18th, 2015 at 8:48 pm and is filed under Movies. You can follow any responses to this entry through the RSS 2.0 feed. Both comments and pings are currently closed.