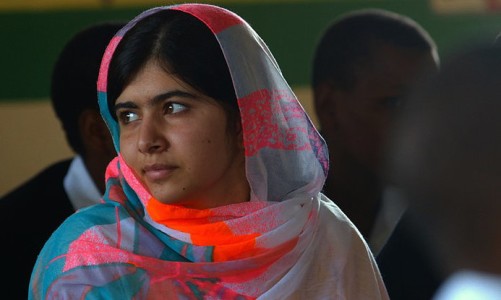 Malala’s story is well known, a remarkable one that shows one person really can make a difference.  She originally attracted attention in her home of the Swat Valley in Pakistan, where she participated in a BBC blog, speaking out against a Taliban ruling that prevented girls from going to school.  They shot her, leaving her for dead.  Yet, against all the odds, she survived and now lives in the UK, where she goes to school.  She’s also become a figurehead for equality campaigners, addressing the United Nations and winning the Nobel Peace Prize last year.

The film traces her story, from her upbringing in Pakistan to her current life in the UK, a teenager going to school in Birmingham and a passionate campaigner for equal rights, especially education for girls.

Malala’s story is a powerful and moving one, making the film an emotional watch.  But does that pull come from Malala herself or from the way in which her story has been brought to the big screen?  It’s a completely positive portrait.  We’re occasionally taken behind the public face to see the teenager giggling at photographs of Brad Pitt on the internet.  We also see her embarrassment at school grades that others would happily settle for.

Education for girls was where her journey started and the film is a timely reminder that, while girls in the West are going to school as a matter of course and women are campaigning for more equality, girls and women in other parts of the world are regarded very differently, having to fight for things that we almost take for granted.  As Malala herself puts it, she is the 66 million girls around the world fighting to be educated. 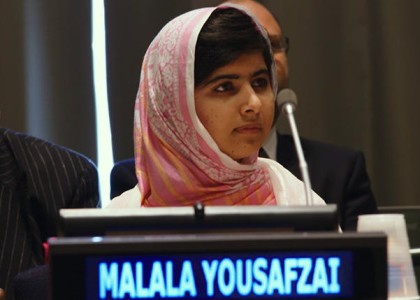 There is plenty that we’re not shown and some of it is totally understandable.  Malala deflects questions about her injuries, her only comment being that it doesn’t matter that the left side of her face doesn’t work properly.  We see scans of the damage caused by the bullet, hear news bulletins about her treatment and there’s footage of the early stages of her physiotherapy.  But that’s about it.  And rightly so, because more would be intrusive.

But what’s really missing is a sense of a greater understanding of Malala, the person behind the public face.  With her intelligence and charisma, she’s a gift to a documentary maker, yet the film is surprisingly superficial and almost pedestrian in its approach.  And what glimpses we get into her private world just leave us wanting more. 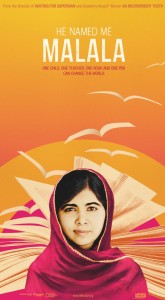 While He Named Me Malala manages to side-step being syrupy, it falls down by leaving you with the feeling that you don’t know much more about Malala herself than what’s already appeared in the media.  It’s Malala herself that inspires and moves you, not the film.  Which is a shame.  Because she deserves better.

He Named Me Malala is released in UK cinemas on Friday, 6 November 2015 and is reviewed on the latest edition of  Talking Pictures.

Tags:  Birmingham He Named Me Malala Malala Yousafzai Nobel Peace Prize
This entry was posted on Friday, November 6th, 2015 at 11:00 am and is filed under Movies. You can follow any responses to this entry through the RSS 2.0 feed. Both comments and pings are currently closed.