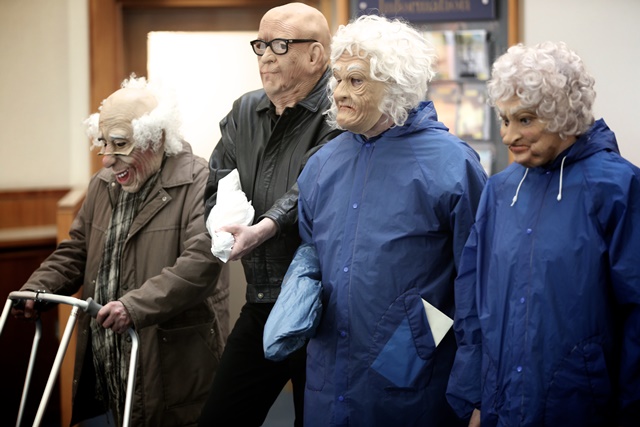 Recession, bankruptcy and dodgy financial institutions have all taken their toll on the pensions of Arthur and his wife Martha (Bernard Hill and Virginia McKenna). As their money dwindles before their eyes, Arthur accidentally has the opportunity to steal some money from a security van. So he takes it. And the couple enjoys the thrill of it, as well as the cash so, along with some of their friends, they embark on bank robbing spree. The money is always needed for a good reason and, despite their lack of criminal experience, they always manage to stay at least one step ahead of the police.

Have you heard the one about the TV presenter who co-wrote the screenplay for a comedy? It turned out to be a joke.

Golden Years was written by its director, John Miller, and TV presenter Nick Knowles (DIY SOS etc) and they’ve unashamedly targeted the “grey market”. That, in itself, is mildly irritating but not the reason why the film isn’t just a joke, it’s downright criminal.

Where do I start? The choice of opening music gives away a dire shortage of imagination and creativity. It’s Bowie’s Golden Years. Yes, I kid you not. The clichés come thick and fast and I lost count, although you could always amuse yourself with a game of Spot The Cliché. It’ll be more entertaining than the film.

If there weren’t any interesting themes, it wouldn’t be so bad. The problem is there are plenty and they’re all utterly squandered, not even given the chance to get going, let alone develop into something thought-provoking. Declining pension values and the impact on the lives of older people is just one. Care homes and how they treat their patients is another: the one in the film looks pleasant enough from the outside, but inside it’s cold and impersonal. The attitudes of the young towards older people is another: in this instance, there’s an attempt at a running gag with a boy racer nearly running down Arthur. They’re all interesting contemporary issues, all worthy subjects for a film, but here they’re barely skimmed over – when they’re mentioned at all. 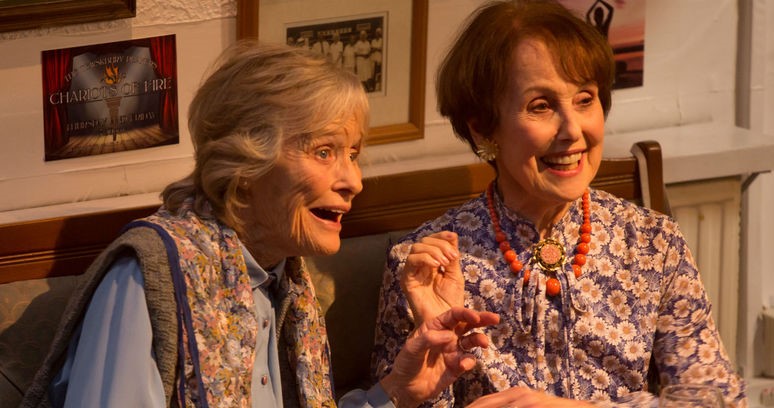 The cast is packed with British character actors: Hill, McKenna, Una Stubbs, Alun Armstrong, Phil Davis and Sue Johnston. Most of them are usually associated with gritty dramas, but here they’re in the same boat as the film’s potential themes. Utterly wasted. Not that they don’t give it their best shot, but the shallow script means they don’t stand much of a chance. Hill emerges with the most credit as a solid, decent man who’s worked hard all his life and saved for his pension, only to feel that he’s been sold down the river. The rest are stuck with such one-dimensional characters that you feel more than a twinge of sympathy for them. Alun Armstrong’s police inspector looks positively embarrassed throughout – you can’t blame him – and the usually excellent Sue Johnston as his wife is criminally underused.

It’s meant to be a comedy. Not that you’d know it because you can count the number of laughs on the fingers of both hands – at the most. Most of them come from Simon Callow, who brings with him the possibility of another title for the film. Four Bank Robberies And A Funeral. He’s channelling Gareth from Richard Curtis’ 1994 comedy, but this time as an enthusiastic amateur actor, with Stubbs as his tolerant wife. And, yes, he over-acts, but at least he brings some gusto and humour to proceedings. 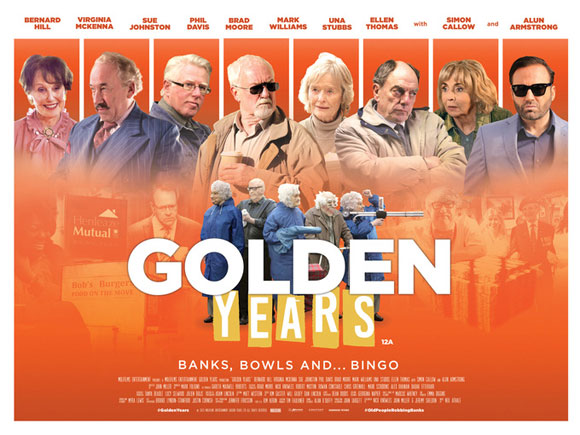 Golden Years is massive disappointment on all fronts. The cast is squandered, and so is the opportunity to look at an interesting issue or two. Worse still – and this was what really got right up my nose – it’s patronising to its characters and its audience. I mean, older people are only interested in bowls, bingo and caravans, aren’t they? Give me strength!

Golden Years is released in cinemas on Friday, 29 April and reviewed on Talking Pictures on Thursday, 28 April 2016.