Disney has always been very versatile and over the years has produced funny films, animation, comedies, dramas, documentaries, superheroes. The finest hours is not going to be a blockbuster or a very commercial film but it’s a good real story movie about the greatest small boat rescue mission in history. It is very educational and as such very tough sometimes, certainly not suitable for the faint-hearted. I went to see it and I can now tell you how to cope as the The Finest Hours storms into UK cinemas on 19 February 2016. 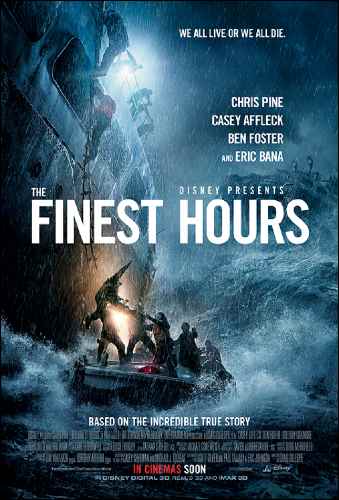 A heroic action-thriller, The Finest Hours is the remarkable true story of the greatest small boat rescue in Coast Guard history.

Presented in Digital 3D™ and IMAX® 3D, the film will transport audiences to the heart of the action, creating a fully-immersive cinematic experience on an epic scale. On 18 February 1952, a massive nor’easter struck New England, pummeling towns along the Eastern seaboard and wreaking havoc on the ships caught in its deadly path, including the SS Pendleton, a T-2 oil tanker bound for Boston, which was literally ripped in half, trapping more than 30 sailors inside its rapidly-sinking stern.

The Coast Guard station in Chatham, Massachusetts was busy helping local fishermen protect their boats from the storm when they received word that the Fort Mercer was in trouble. Warrant Officer Daniel Cluff (Eric Bana), the recently appointed station chief, immediately dispatches his best men to aid in the larger rescue effort already in progress. When Cluff learns that a second ship, the Pendleton, was also damaged and is now adrift in nearby waters, he orders coxswain Bernie Webber (Chris Pine) to quickly assemble a crew and take out the CG36500 lifeboat to look for survivors.

As the senior officer on board of the T-2, first assistant engineer Ray Sybert (Casey Affleck) soon realises it is up to him to take charge of the frightened crew and inspire the men to set aside their differences and work together to ride out one of the worst storms to ever hit the East Coast.

One of my favourite performances in the film is by Casey Affleck as Ray Sybert the engineer of the sinking tank who inspires the crew to try and keep the tank afloat for a few extra hours hoping to be rescued. 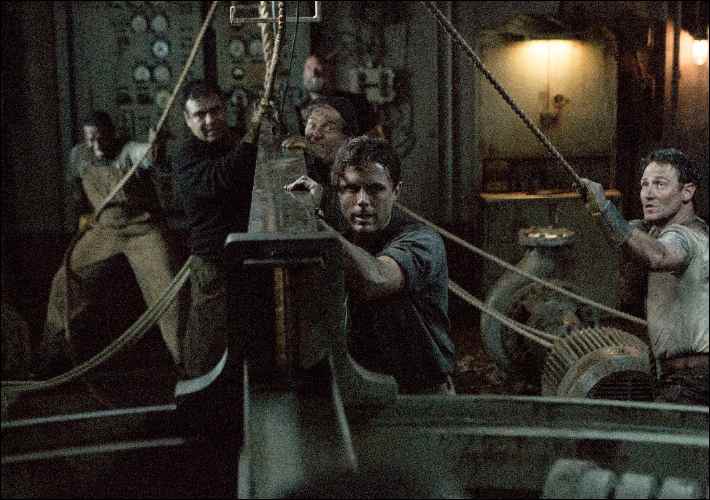 This was a really compelling situation for Ray because he was just an engineer who did not usually interact with the rest of the crew. He never went on deck and he didn’t have to make decisions that affected the lives of anyone else, but he was a thoughtful guy who knew his way around the ship. His knowledge and experience came in handy in the emotionally-heightened situation when the men began to panic and fight with one another.

While “The Finest Hours” is packed with thrilling, larger-than-life action sequences, it is anchored by the prevailing theme that resonates throughout the story—the strength of the human spirit.

In the audience at a special screening there was a group of British Coast guards who went to see it as they have heard of this spectacular rescue many times over the years.

This movie is not suited for children under 12 as it includes scenes of very rough sea that are often extremely scary. The visual effects are very effective and create such anxiety in the viewers wanting the mission to end positively.

The rescue is indeed successful and the story shows that life is about choices. Heroes are those who believe in their choices and persevere even at difficult times. Choice is what makes a person what he/she is.

Bernie Webber (Chris Pine) is the main character, a young man about to be married who becomes a hero as he is not afraid of his believing that he can save a tank crew from sinking during one if the worse storms to hit the US Coasts. Bernie has so much heart; he’s an interesting, lovable guy who you feel is going to do well in life sticking to regulations and orders and then he surprises everybody. 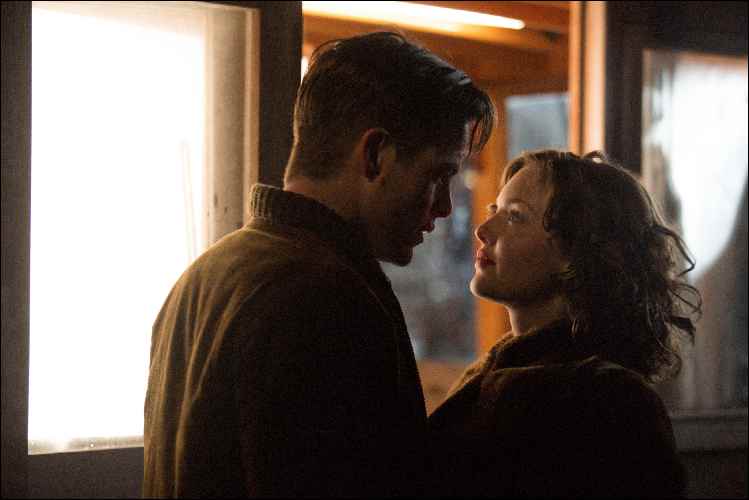 At times this old-school adventure Disney movie is slow and the focus is too much on the rescue mission rather than on the characters of these heroes. There’s a lot of water to deal with. 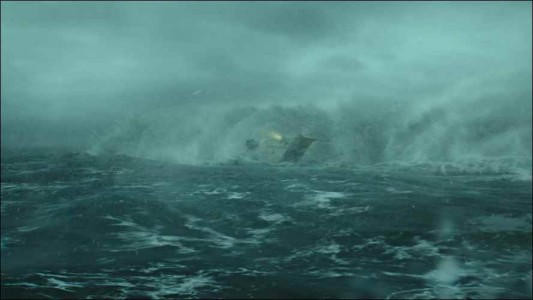 Overall the film is good although it makes you want to learn more about the heroes involved in this incredible mission. I will probably read the book The Finest Hours by Casey Sherman and Michael J. Tougias that documented in great detail the incredible tale of the Coast Guard’s attempts to rescue survivors from two T2 oil tankers.

The backdrop of the Fifties would have been amazing if only we could have had a few more scenes away from the sea.

This entry was posted on Friday, February 5th, 2016 at 1:20 pm and is filed under Movies. You can follow any responses to this entry through the RSS 2.0 feed. Both comments and pings are currently closed.