Finding Nemo is one of my favourite Disney Pixar films of all times. I bought the DVD for myself well before having a child. When sequel Finding Dory was announced I was a bit skeptical about its potential as it is quite common for second movies to be less popular. But the amazing team at Pixar has taken their time, over a decade to be precise, to come up with Finding Dory and the result is clearly brilliant. Rather than calling it a sequel I prefer calling is a series based on the same characters. In this film the focus shifts from Nemo and Marlin to Dory and we get to know this colourful and forgetful tropical fish including her quirky past. Finding Dory which will swim into UK cinemas on 29 July 2016. 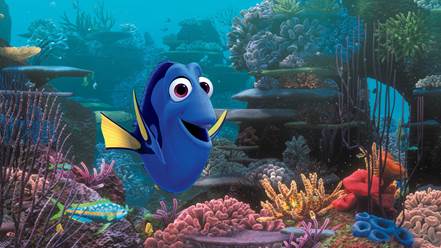 Disney Pixar’s Finding Dory welcomes back to the big screen everyone’s favourite forgetful blue tang Dory (voice of Ellen DeGeneres), who’s living happily in the reef with Nemo (voice of Hayden Rolence) and Marlin (voice of Albert Brooks). When Dory suddenly remembers that she has a family out there who may be looking for her, the trio takes off on a life-changing adventure across the ocean to California’s prestigious Marine Life Institute (MLI), a rehabilitation center and aquarium. What can she remember? Who are her parents? And where did she learn to speak Whale? The film sheds light into Dory’s past bringing back memories of her as a baby fish. We find out about her drop by drop and this obviously keeps you (as a parent) and the kids glued to the screen for the whole duration of the film. 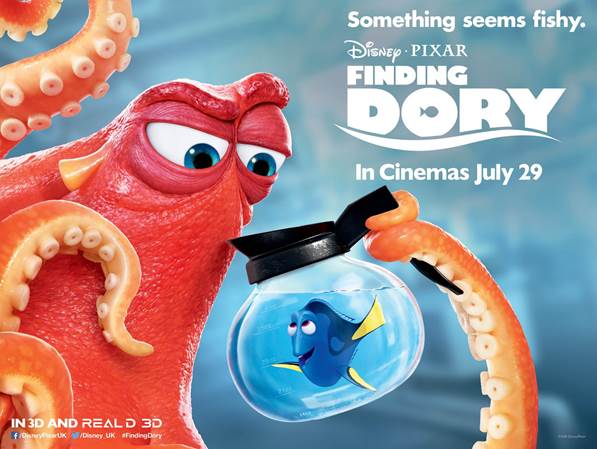 In an effort to find her mom (voice of Diane Keaton) and dad (voice of Eugene Levy), Dory enlists the help of three of the MLI’s most intriguing residents: Hank (voice of Ed O’Neill), a cantankerous octopus who frequently gives employees the slip; Bailey (voice of Ty Burrell), a beluga whale who is convinced his echolocation skills are on the fritz; and Destiny (voice of Kaitlin Olson), a nearsighted whale shark. Deftly navigating the complex inner-workings of the MLI, Dory and her friends discover the magic within their flaws, friendships and family.

Overall the film is excellent and deserves a top score. Compared to Zootropolis, which received London Mums’ top score of 10/10, Finding Dory get a 8/10 rating simply because it is not as original as Finding Nemo but still filled with lots of great colourful adventures, wit and great storytelling and characters. The soundtrack to Finding Dory is remarkable in its own right. Singer-songwriter and five-time Grammy® nominee Sia performs the film’s end-credit song, a rendition of Unforgettable.  American songwriter Irving Gordon wrote the song in 1951, and in 1992 won a Grammy® for it when Natalie Cole included the tribute to her late father on her album of duets.

The kids club also gave a high rating for this animation.Watch their verdict in this fun video: 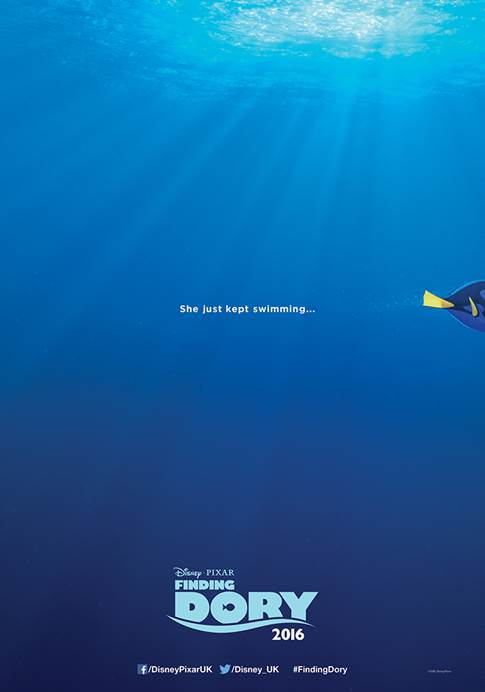 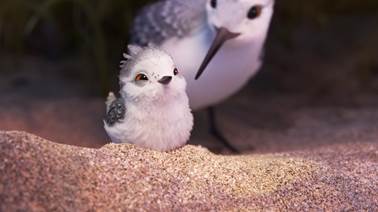 Disney has been spoiling us all with incredibly amusing short films appearing before major animated productions. You may recall award winning Feast as well as Frozen Fever. On 29 July Pixar Animation Studios is releasing a sequel to Finding Nemo, Finding Dory, and with that a newly announced short called Piper. 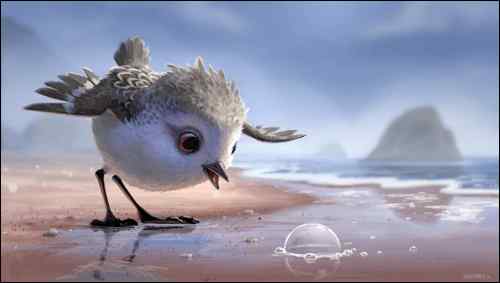 Directed by Alan Barillaro and produced by Marc Sondheimer, Piper tells the story of a hungry sandpiper hatchling who ventures from her nest for the first time to dig for food by the shoreline. The only problem is, the food is buried beneath the sand where scary waves roll up onto the shore. 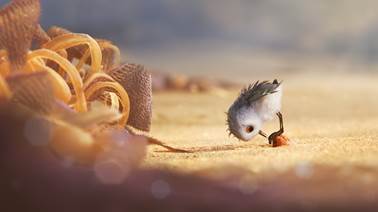 ALAN BARILLARO (Director) joined Pixar Animation Studios in January 1997.  Barillaro has worked on almost every Pixar film as an animator, including A Bug’s Life, Toy Story 2,  Monsters, Inc., and the Academy Award®-winning features Finding Nemo, The Incredibles, WALL•E and Brave. On those last three features, Barillaro was given the role of supervising animator and was therefore responsible for overseeing the team of animators who worked to bring the characters in the films to life.

Following his work on Brave, Barillaro went to work with Pixar’s software development team to help craft an animation tool that would help provide additional creative flexibility to the studio’s filmmaking process. As a proof of concept, Barillaro created a short animation test about a small bird – a sandpiper – on a beach. This animation test soon grew into a full-fledged short film, Piper, directed by Barillaro and debuting theatrically with Finding Dory in 2016.

Growing up in Niagara Falls, Canada, Barillaro’s interest in animation began at a young age. He worked his way up through the ranks at various commercial houses during high school and continued his studies at Sheridan College for Animation.

Barillaro resides in Oakland, Calif., with his family.

This entry was posted on Sunday, July 3rd, 2016 at 1:05 pm and is filed under Movies. You can follow any responses to this entry through the RSS 2.0 feed. Both comments and pings are currently closed.