Film review: Film stars don’t die in Liverpool based on Peter Turner’s memoir of his love story with Gloria Grahame

Based on Peter Turner’s memoir, Film Stars Don’t Die In Liverpool the film follows the playful but passionate relationship between Turner and the eccentric Academy Award® winning actress Gloria Grahame. The movie is released in the UK on 16th November 2017. Read what I loved about it and why I believe that Film Stars Don’t Die In Liverpool is the best real life movie romance of the year. 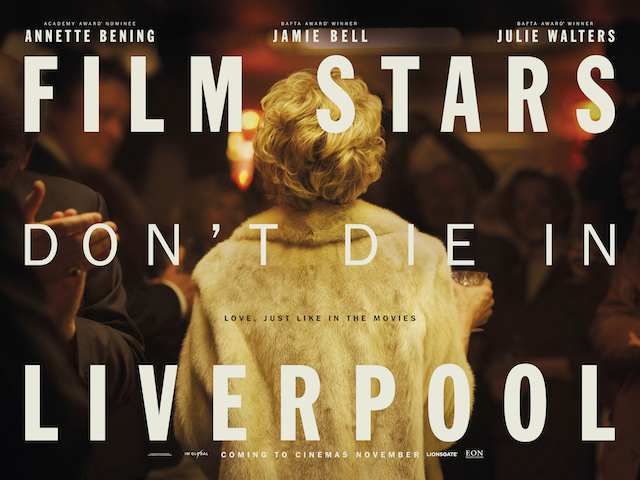 Liverpool, 1978: What starts as a vibrant affair between a legendary femme fatale, Gloria Grahame, and her young lover, Peter Turner, quickly grows into a deeper relationship, with Turner being the person Gloria Grahame turns to for comfort. Their passion and lust for life is tested to the limits by events beyond their control. Gloria Grahame was a Hollywood leading lady at the heart of several hit films from the Golden Age of Hollywood, including The Big Heat, It’s a Wonderful Life, In a Lonely Place, and Oklahoma! She won the Academy Award® for Best Supporting Actress for her role in The Bad and the Beautiful.

There is something really sweet about the stranger-than-fiction real romance between the legendary but fading Hollywood star and Oscar-winner Gloria Grahame – played by Annette Bening – and the unknown, struggling young actor – played by Jamie Bell – from Liverpool in the late Seventies. 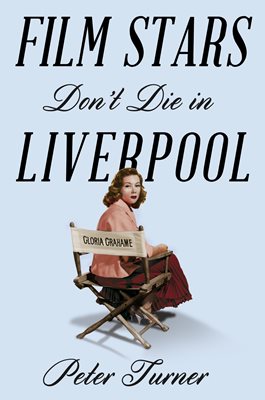 The beauty of it all is that it’s an adaptation of a memoir by the actor and writer Peter Turner, whom I recently met and truly adore. 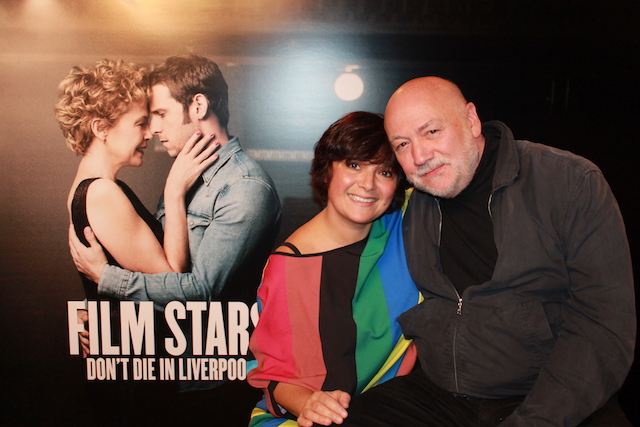 Turner met and fell in love with Gloria when she was living in the same North London building block. She was at the end of her career – which spanned decades and saw collaborations with Humphrey Bogart among other big stars.

Despite her age and her fragile health, Gloria still had a very positive attitude and was eager to work on the British theatre. Peter became her sunshine and made her want to fight for survival. Annette Bening is brilliant at conveying this lust for life and joie de vivre of a decadent actress.  When Gloria decided to terminate her affair with Peter to protect him from the struggles of her cancer, she was determined to fight on her own. However when she felt desperate, Peter was the only one she could confide. During a UK tour, Grahame collapsed in her dressing room and called Peter to stay with his family in Liverpool, convinced that she could recover surrounded by the love of this warm lover and his family. 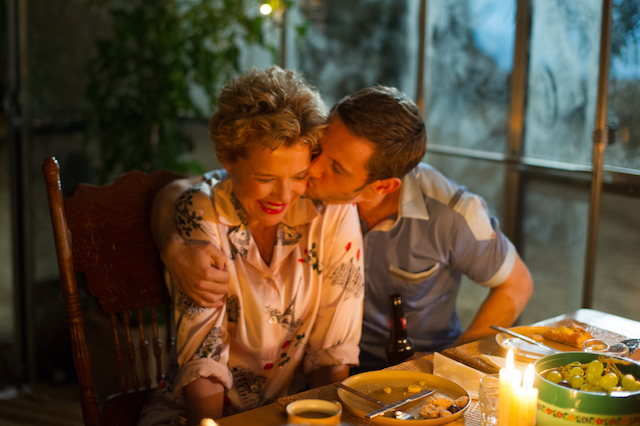 Annette Bening is excellent as Gloria Grahame: she plays the beautiful and eccentric icon who is still in love with life despite her health issues and wants to live as a young woman. Despite her facade of a strong woman, she is very vulnerable and romantic. She is still very lively sexually especially after meeting a younger man. Gloria’s mother is played by extraordinary actress Vanessa Redgrave, whom I had the pleasure to share a flight to Amsterdam with 12 years ago. 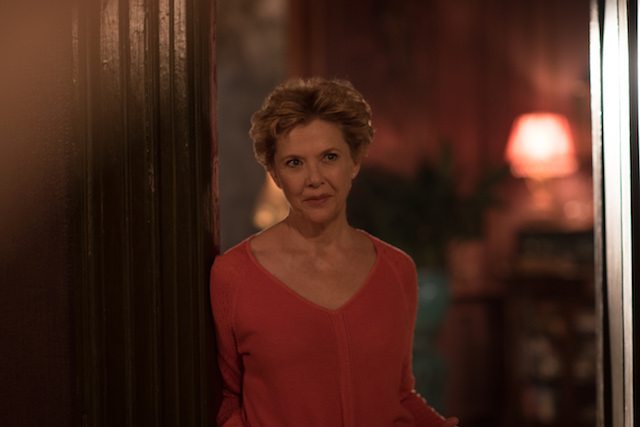 Gloria Grahame can be compared to Marilyn Monroe to some extent for her beauty and the glamorous life she led. She was an excellent actress who worked with the likes of Glenn Ford in ‘The Big Heat‘ (1953) and Humphrey Bogart in ‘In a Lonely Place‘ (1950).

This film works because of the great on-screen chemistry between Bell and Bening. In my interview I mentioned the John Travolta’s style disco moves Peter shows to Gloria when he is invited into her room for the first time to rehearse a routine. I love that scene and it makes the romance very credible.

Film Stars Don’t Die In Liverpool is one of the best true love stories told on the big screen so don’t miss it when it is released in UK cinemas 16 November 2017.

This entry was posted on Sunday, November 12th, 2017 at 7:00 pm and is filed under Movies. You can follow any responses to this entry through the RSS 2.0 feed. Both comments and pings are currently closed.