Christopher Nolan’s latest film Dunkirk, released in UK cinemas on 21 July 2017, won’t disappoint those people who love war drama movies. It’s a very powerful visualisation of how a day as a private during WW2 could have looked like.  It also features an incredible British ensemble cast including Tom Hardy, Kenneth Branagh, Mark Rylance, Cillian Murphy, Fionn Whitehead and Harry Styles. One to watch on a grey Sunday afternoon. 12+ kids will enjoy that too particularly if they love history. 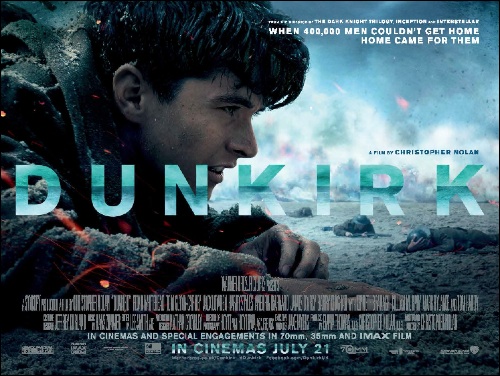 Dunkirk is set during the Second World War and it concerns the Dunkirk evacuation. It opens as hundreds of thousands of British and Allied troops in 1940 are surrounded by enemy forces. Trapped on the beach with their backs to the sea they face an impossible situation as the enemy closes in. 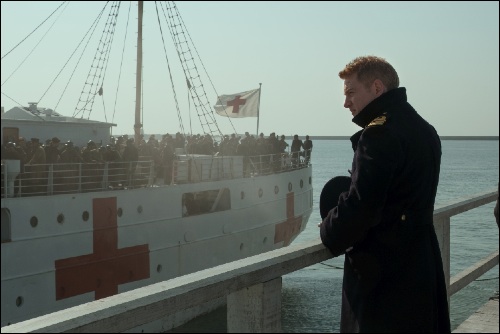 The film is being produced by Christopher Nolan and Emma Thomas (Interstellar, Inception, The Dark Knight Trilogy). Jake Myers (The Revenant, Interstellar, Jack Reacher) is serving as executive producer.


Dunkirk is an action film about real events that happened during WW2 told in a unique and powerful way. The movie was shot showing the rescue of 300,000 people from three different perspectives: by air from the point of view of a pilot (Tom Hardy) on board of the Spitfire plane with the mission to ground all Nazi planes, by boat from the point of view of a private boat (belonging to Mark Rylance’s character) trying to save as many people at sea as possible and by land from the point of view of all those soldiers (including One Direction singer Harry Styles) who tried to either board a rescue ship or swim for survival.

Mark Rylance’s performance as the rescuer by boat with his son and a teenager was emotional – in fact the most emotional performance of the entire film. 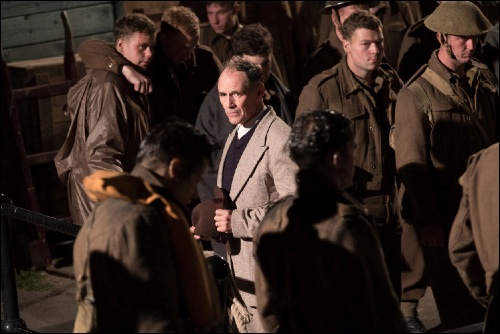 The father and son’s relationship is inspirational and most certainly down to Rylance’ aura shining on the people around him. I have loved his acting since he was creative director at the Globe’s theatre 20 years ago. Since then he has just got better and better and he’s a world class actor. I would not be surprised if he got another Oscar for best supporting actor. To prepare for this movie, Rylance drove his character’s boat every day for research. He also listened to audio recordings at the Imperial War Museum. Between takes, Rylance encouraged rehearsal through improvised scenes, which Nolan said ‘deepened the characterizations’. 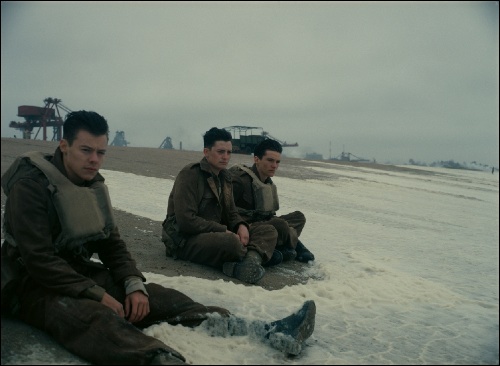 The lack of dialogue throughout the film was purposely done to create suspense solely through details. Frankly it felt like a bonus as it left space to the stunning photography and great acting including newcomer Harry Styles whom I found surprisingly good and certainly better as an actor than as a singer. 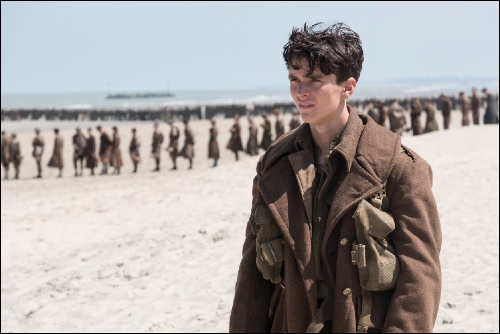 Cinematographer Hoyte van Hoytema shot the film on IMAX 65 mm and watching it at the BFI IMAX at Waterloo was very special. 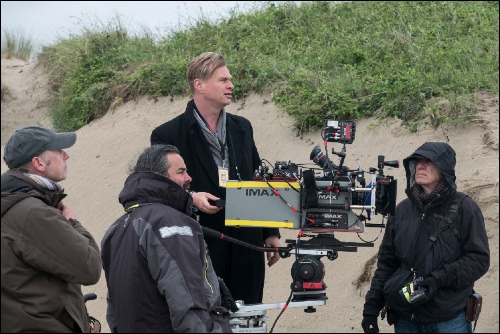 The film made extensive use of practical effects such as employing 6,000 extras, assembling boats that had participated in the real Dunkirk evacuation, and using genuine era-appropriate planes for aerial sequences.

The realism is spectacular as well as the visual effects particularly involving the Spitfire actions by air.

Filming in Dunkirk took place in the same location as the real historical evacuation. Also avoiding the use of CGI (computer-generated imagery), cardboard cut-out props of soldiers and military vehicles were employed to create the illusion of a large army. Real planes had to be equipped with two cockpits so as to allow filming in-flight. Two Spitfires were used to film the aerial combat scenes. Large-scale radio controlled model aircraft were also employed. Several of the models were filmed crashing into the English Channel. IMAX cameras were attached to the fighter planes using specially-made lenses – in the back and the front. The small motor yacht called Moonstone, driven by Rylance, was built in the 1930s, and served for six weeks of filming as one of the key sets. Twelve boats used during production had once taken part in the actual Dunkirk evacuation. I was personally very impressed.

12+ aged children could benefit from watching this movie to truly understand what a war really is with its scary actions and fight for survival.

This entry was posted on Tuesday, July 18th, 2017 at 11:27 am and is filed under Movies. You can follow any responses to this entry through the RSS 2.0 feed. Both comments and pings are currently closed.