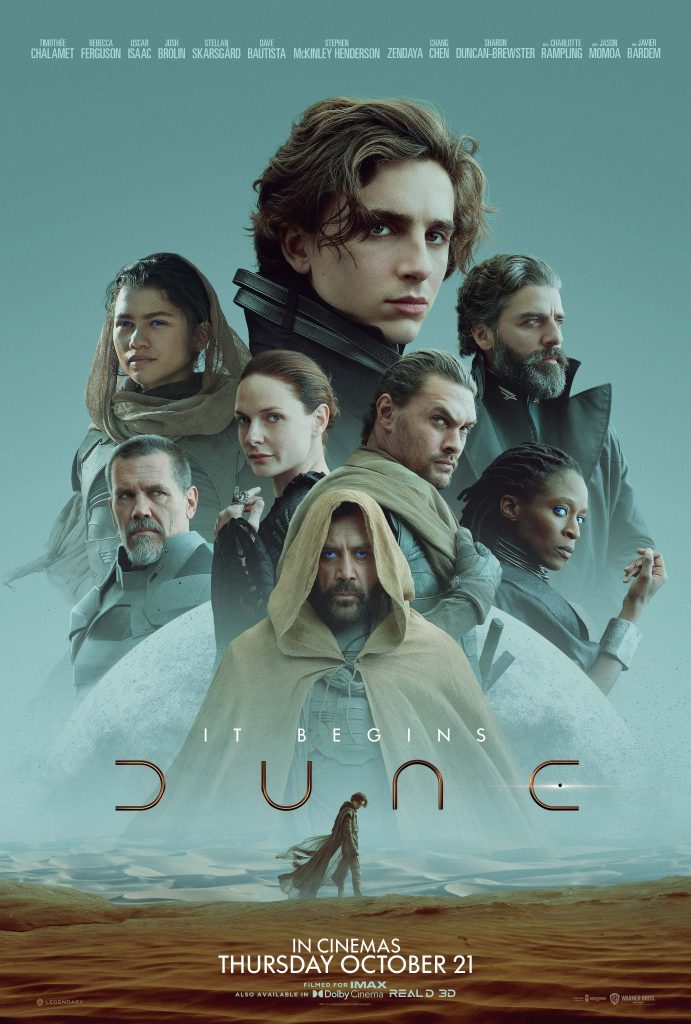 A mythic and emotionally charged hero’s journey, “Dune” tells the story of Paul Atreides, a brilliant and gifted young man born into a great destiny beyond his understanding, who must travel to the most dangerous planet in the universe to ensure the future of his family and his people. As malevolent forces explode into conflict over the planet’s exclusive supply of the most precious resource in existence—a commodity capable of unlocking humanity’s greatest potential—only those who can conquer their fear will survive.

Villeneuve’s Dune is a sci-fi extravaganza, a desert epic with jaw-dropping visual and sound effects which deserve a IMAX viewing for sure. It’s a technically brilliant and visually stunning film with a talented cast. However, I have often found myself nodding off especially mid way through. It would have even better if it had been edited down to 90 minutes (from 2 hours and 35 minutes). What made me tune out was the lack of a clear storyline and charismatic characters to care about – with the exception of a few rebellious women.

Overall, it’s big screen entertainment that a whole family would enjoy together now that we are allowed back in cinemas after lockdown ended.

This entry was posted on Thursday, October 21st, 2021 at 12:15 pm and is filed under Movies. You can follow any responses to this entry through the RSS 2.0 feed. Both comments and pings are currently closed.