Think The Stepford Wives meets The Truman Show meets The Matrix. Don’t Worry Darling is an interesting mix of genres that becomes even more peculiar if you add 50s upbeat vinyl music, gorgeous fashion and cars. Throw everything in the middle of an American desert and add a pinch of experimental utopia and you get Don’t Worry Darling. It’s in cinemas now. 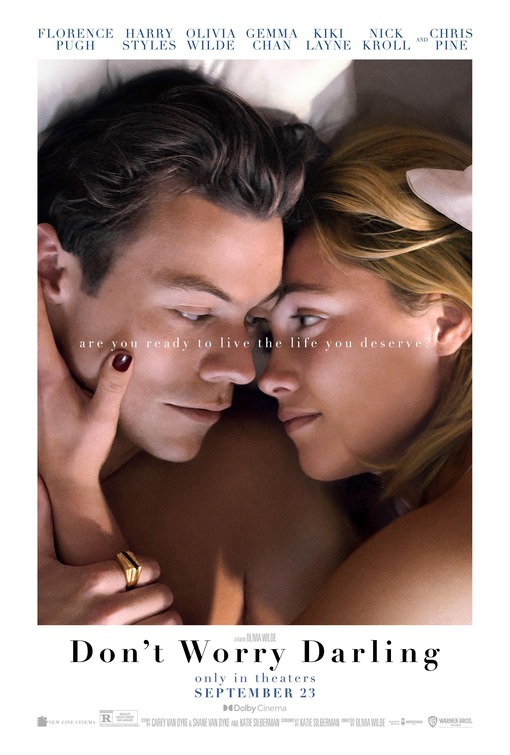 Alice (Florence Pugh) and Jack Chambers (Harry Styles) are a young, happy couple in the 1950s, living in an idyllic neighborhood of the experimental utopia called Victory in the middle of the Californian desert. Alice is the ideal Mad Men-type housewife whose reality begins to crack, revealing disturbing truths underneath her seemingly perfect world. 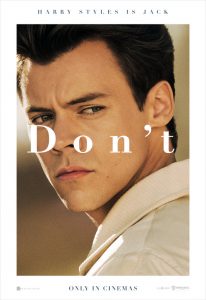 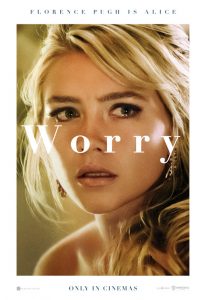 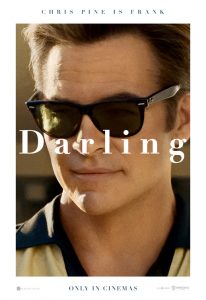 Every day, the men go to work at Victory Headquarters out in the surrounding desert, while their wives (Alice, her friend Bunny, the pregnant Peg, newcomer Violet, and Margaret) stay home to clean, relax, and prepare dinner for their husbands. The women are discouraged from asking questions about their husbands’ work, and are told not to venture out to Headquarters due to the “dangerous materials” the company works with. 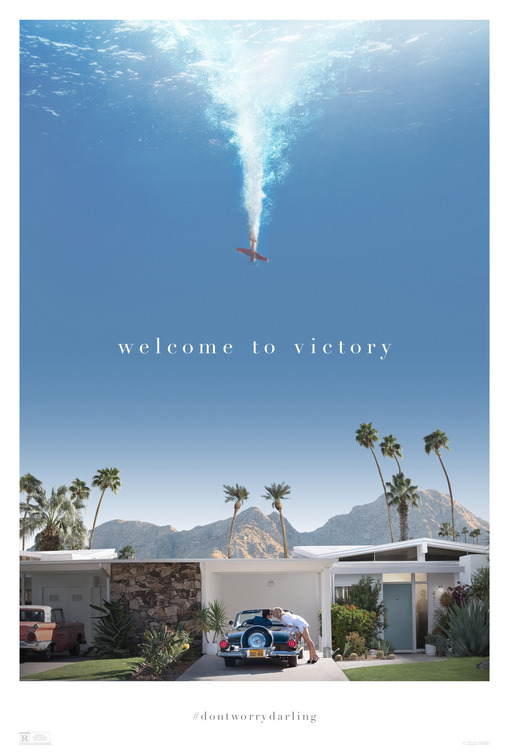 While the husbands spend every day inside the Victory Project Headquarters, working on the “development of progressive materials,” their wives—including Frank’s elegant partner, Shelley (Chan)—get to spend their time enjoying the beauty, luxury and debauchery of their community. Life is perfect, with every resident’s needs met by the company. All they ask in return is discretion and unquestioning commitment to the Victory cause.

There are mysteries that Alice wants to uncover but the price to pay for the truth might be too disturbing and dangerous.

When cracks in their idyllic life begin to appear, exposing flashes of something much more sinister lurking beneath the attractive façade, Alice can’t help questioning exactly what they’re doing in Victory, and why. Just how much is Alice willing to lose to expose what’s really going on in this paradise?

Florence Pugh and Harry Styles are young, happily married, child-free, enjoying sex, cocktails and friends. Don’t Worry Darling is set in the 1950s where men head out to work every day and their women stay at home, cook and clean. This movie has a bit of The Matrix and of The Stepford Wives, only not as good as either.

The movie portrays women trapped in a man’s world, being controlled by what men think is right for their companions. Olivia Wilde – at her second directorial outing – sees the world through a post-feminist prism, and the women in her films drive action on their own, without the help of men.

Harry Styles is taking on his first major leading role opposite well established actors, although his role was basic he carried it well and shows to have potential of being a great actor not just a good musician.
Don’t Worry Darling will probably be remembered as the film that made Harry Styles a movie star. 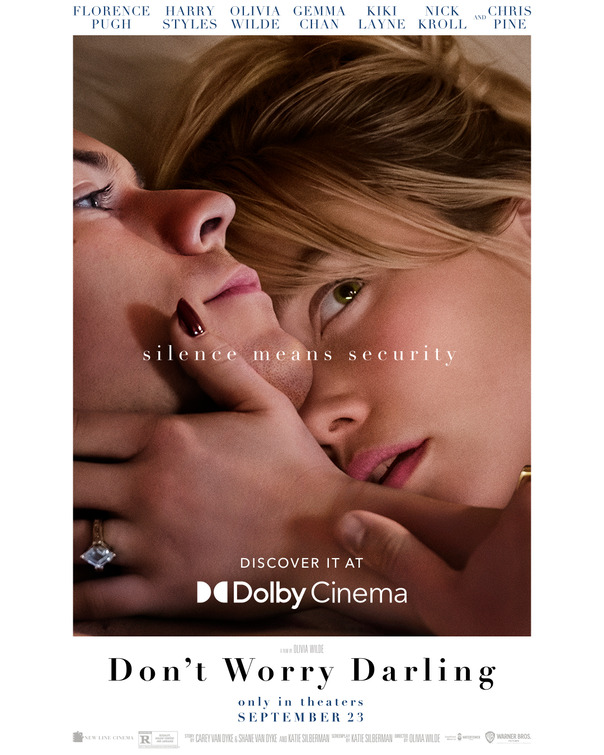 An audacious, twisted and visually stunning psychological thriller, Don’t Worry Darling is a powerhouse feature from director Olivia Wilde that boasts intoxicating performances from Florence Pugh and Harry Styles, surrounded by the impressive and pitch-perfect cast including Chris Pine. Be prepared to be jumping on the edge of your seat. This movie is gripping.

Wilde directs from a screenplay penned by her Booksmart writer Katie Silberman, based on a story by Carey Van Dyke & Shane Van Dyke (Chernobyl Diaries) and Silberman.

This entry was posted on Sunday, September 25th, 2022 at 12:34 pm and is filed under Movies. You can follow any responses to this entry through the RSS 2.0 feed. You can skip to the end and leave a response. Pinging is currently not allowed.