Film review: Disney’s live action Aladdin out on 24 May 2019

Disney’s live action Aladdin movie comes to UK cinemas nationwide con 24 May 2019 just in time for the school holidays. London Mums and the kids’ club loved it. Here’s why we highly recommend watching it as a family. 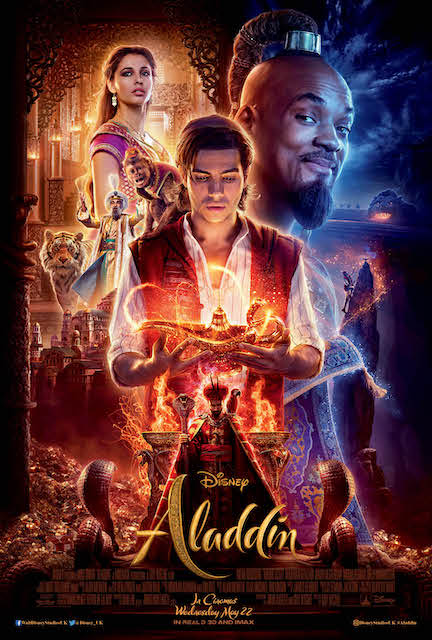 A thrilling and vibrant live-action adaptation of Disney’s animated classic, Aladdin is the exciting tale of the charming street rat Aladdin, the courageous and self-determined Princess Jasmine and the Genie who may be the key to their future. Directed by Guy Ritchie (Sherlock Holmes, The Man from U.N.C.L.E.), who brings his singular flair for fast-paced, visceral action to the fictitious port city of Agrabah, Aladdin is written by John August (Dark Shadows, Big Fish) and Ritchie based on Disney’s Aladdin. The film stars Will Smith (Ali, Men in Black) as the larger-than-life Genie; Mena Massoud (Tom Clancy’s Jack Ryan) as the charming scoundrel Aladdin; Naomi Scott (Power Rangers) as Jasmine, the beautiful, self-determined princess; Marwan Kenzari (Murder on the Orient Express) as Jafar, the powerful sorcerer; Navid Negahban (Legion) as the Sultan concerned with his daughter’s future; Nasim Pedrad (Saturday Night Live) as Dalia, Princess Jasmine’s free-spirited best friend and confidante; Billy Magnussen (Into the Woods) as the handsome and arrogant suitor Prince Anders; and Numan Acar (The Great Wall) as Hakim, Jafar’s right-hand man and captain of the palace guards.

This new live-action Aladdin movie by Disney is vibrant and while still truthful to the wonderful original animation, which was one of Disney’s best movies of all time, it adds an extra layer of fun with the costumes and new soundtrack. Despite having to live up to the memory of the extraordinary Robin Williams, Will Smith provides a remarkable and memorable performance as the eccentric Genie. 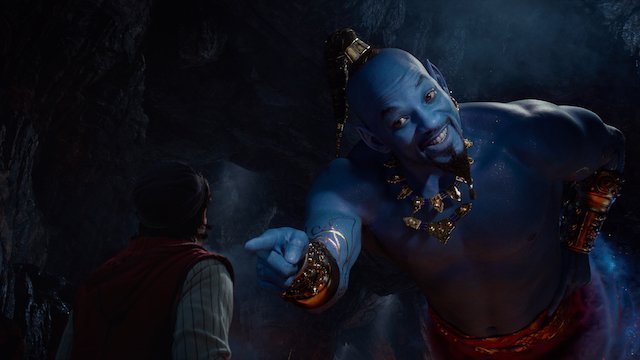 While this Aladdin is a classic Disney film with all typical emotional moments, strong educational messages, at times it looks like a slapstick comedy mixed with Bollywood. Is a new contemporary Disney family movie genre emerging here? It’s certainly embracing diversity and contemporary humour at it best and for this reason it will appeal to many people above and beyond the core Disney fans (I am one of these!). 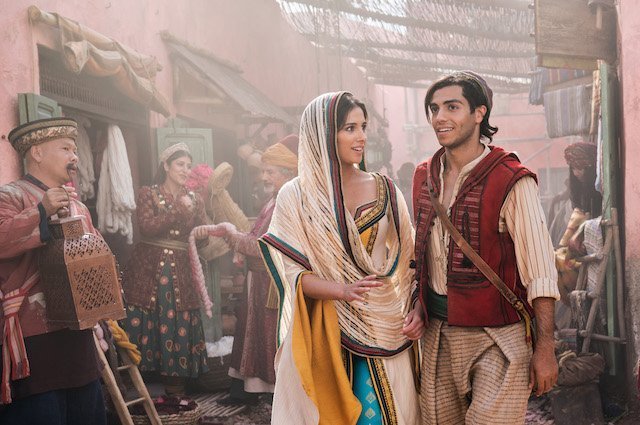 Naomi Scott as Jasmine and Mena Massoud as Aladdin in Disney’s live-action adaptation of ALADDIN, directed by Guy Ritchie.

I was privileged to watch it twice ahead of release and I can say that I liked it more the second time around. It’s clearly growing on me and I feel I won’t be tired of watching it over and over again. I laughed, cried and even sang along in equal measure at the second screening. 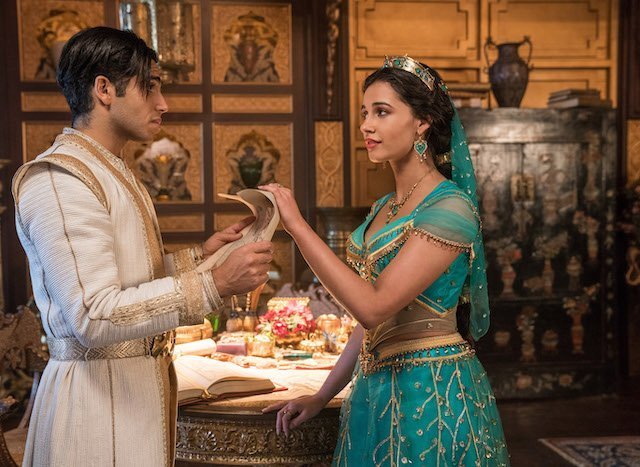 The kids I brought along loved the fact that the Genie in his human version is the narrator and tells the story of Aladdin, the Princess, the magic carpet and the lamp to his children on his ship at the beginning and at the end to wrap up the narration. They found that the story of the maid and the Genie linked to the narrator’s backstory was the most original part of the new movie.
I’d dare say that the magic carpet is a great supporting character even more so than in the animation. The special effects used to make it move and express emotions were very well made.
The film was shot on practical stages in London and on location amidst the stunning desert vistas of Jordan. The talented creative team who helped to bring Agrabah to life, include director of photography Alan Stewart (The Commuter), production designer Gemma Jackson (Game of Thrones) and costume designer Michael Wilkinson (American Hustle). 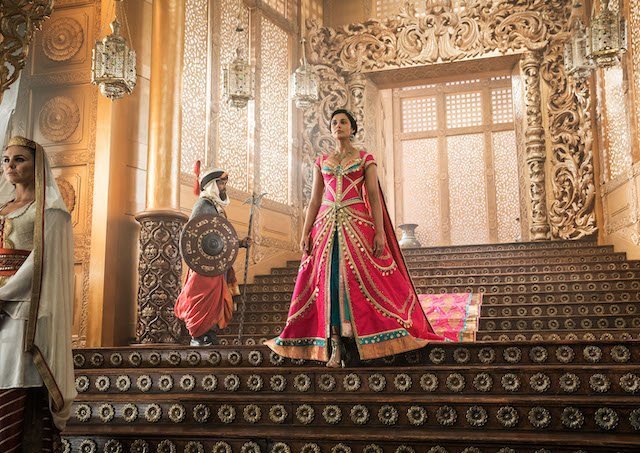 The soundtrack includes memorable songs such as the Oscar®-winning “A Whole New World” and “Friend like Me” by the original composer Alan Menken who has added a couple of new songs like Princess Jasmine’s ’Speechless’ that made my heart melt even at the first screening. As with all live-action movies from memorable Disney animations, it is tough to live up to the brilliance of the first creations. However, this Aladdin brings enough novelty to make it stand out in its own right. Whether it will achieve the $502+ million at the global box office of the 1992 animated film starring Robin Williams it has to be seen, but it is promising.

This entry was posted on Wednesday, May 22nd, 2019 at 8:05 am and is filed under Movies. You can follow any responses to this entry through the RSS 2.0 feed. Both comments and pings are currently closed.