Unsurprisingly this weekend Disney’s Frozen 2 has taken over £15.07M at the UK and Ireland box office making it the biggest ever three-day weekend opening for an animated film. Audiences from across the country ventured into the unknown to join the beloved characters, Elsa, Anna, Olaf, Kristoff and Sven, on a brand new adventure that has been applauded by critics for its humour, positive themes, new music and stunning visuals. London Mums and kids club went to an IMAX screening to check it out. 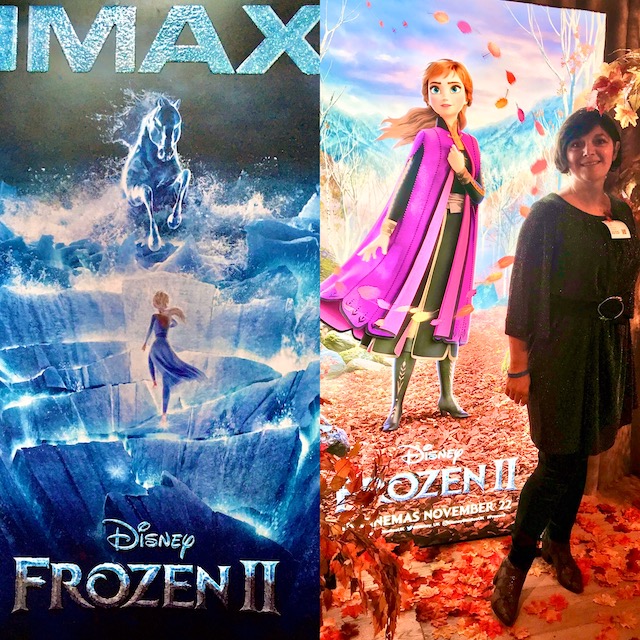 Why was Elsa born with magical powers? The answer is calling her and threatening her kingdom. Together with Anna, Kristoff, Olaf and Sven, she’ll set out on a dangerous but remarkable journey. In Frozen, Elsa feared her powers were too much for the world. In Frozen 2, she must hope they are enough.

Frozen 2 follows on from the 2013 global phenomenon, Frozen, and is the third biggest opening of the year, only behind Marvel Studios’ Avengers: Endgame and Disney’s The Lion King. The film has been thrilling audiences across the globe with a new story by the BAFTA and Academy Award® winning filmmaking team, director Chris Buck, director, writer and Chief Creative Officer of the Walt Disney Animation Studios Jennifer Lee and producer Peter Del Vecho. Seven original songs by the award winning musical team, Kristen Anderson-Lopez and Robert Lopez, are also working their way into the hearts of people worldwide with the film taking an estimated $350M at the global box office. The result makes it the biggest opening ever for an animated film worldwide.
A group of London Mums went to review Frozen 2 on opening Friday and loved the IMAX experience although they did not like this animation sequel as much as the first film. A couple of teenage girls and child reporters from our kids’ club also attended and they seemed to enjoy it.

Here’s what our London Mums’ young reporter Maya Benedetti (13) had to say about the movie:
“Frozen 2 continues the magical story of Anna and Elsa after their parents die. Elsa is now in charge of the kingdom and everything is going well, until Elsa receives an unexpected call that will change everything. During all the events that happen as a result, everyone makes mistakes, but fortunately almost everyone learns something from them. The whole movie is like and emotional rollercoaster, bringing viewers through many moods, from happy to sad to betrayal and back to happy.
I found the movie be very emotional in some scenes, and I really enjoyed how it highlighted the the meaning of friendship and love. Knowing friendship and love is a wonderful thing, because it’s horrible to be mean to someone when you can really be friends with them.
The music in Frozen 2 was just as wonderful as the first movie. The songs were catchy and really effective in showing all the emotions that the characters go through whilst singing the songs.
In conclusion, I would give this movie a 7 out of 10 rating, and I would recommend it for anyone to go and see it in the IMAX screening with their friends and family. IMAX makes the movie experience really special.” 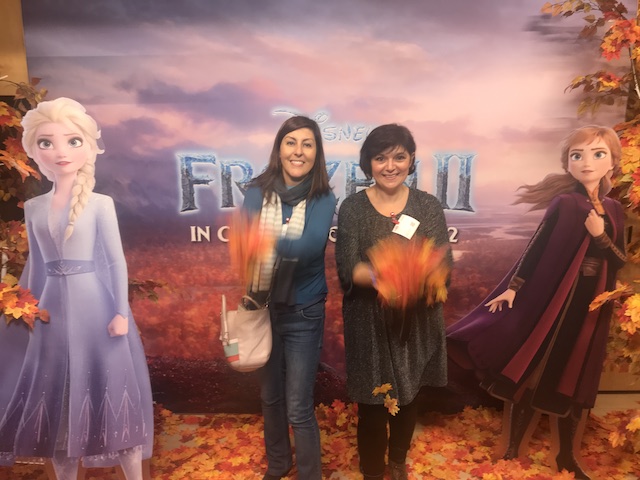 The mums attending a screening were less complimentary about the movie blaming the complicated storyline. However, they agreed on the beauty of the soundtrack and the immersive IMAX experience.
The IMAX release of Frozen 2 has been digitally re-mastered into the image and sound quality The IMAX Experience® with proprietary IMAX DMR® (Digital Re-mastering) technology. The crystal-clear images, coupled with IMAX’s customised theatre geometry and powerful digital audio, create a unique environment that will make audiences feel as if they are in the movie.
Watch this space for behind-the-scenes interviews with the cast from a special event we attended at YouTube Space ahead of the movie release. 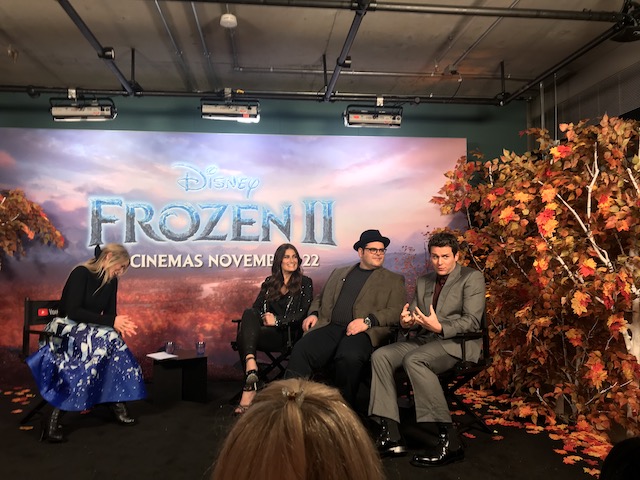 This entry was posted on Tuesday, November 26th, 2019 at 5:00 pm and is filed under Movies. You can follow any responses to this entry through the RSS 2.0 feed. Both comments and pings are currently closed.