Family favourite characters Winnie the Pooh, Tigger, Eeyore, Piglet, Owl, Rabbit and Kanga come to life, as Disney’s Christopher Robin bounces onto the screen in UK on the 17th August 2018. Check out London Mums’ verdict to find out why it is the best family movie this Summer. 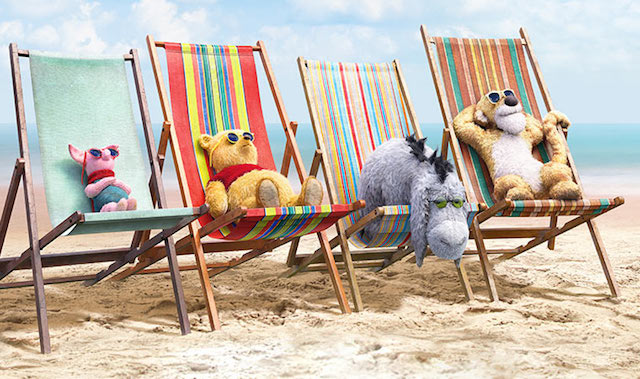 In the heart-warming live action adventure Disney’s Christopher Robin, the young boy who embarked on countless adventures in the Hundred Acre Wood with his band of spirited and lovable stuffed animals, has grown up and lost his way. 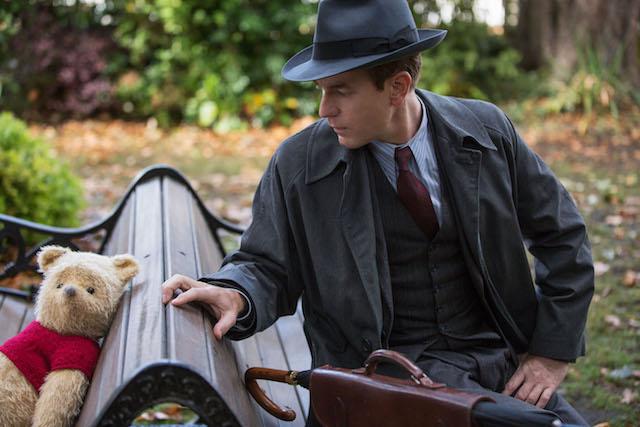 Now it is up to his childhood friends to venture into our world and help Christopher Robin remember the loving and playful boy who is still inside. 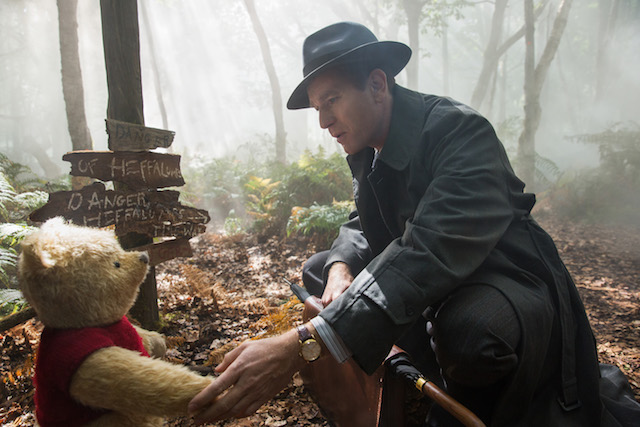 Disney have teamed up with the Industry Trust to create an exclusive trailer for the live action adventure as part of the Moments Worth Paying For campaign, to combat film piracy.

The trailer features brand new, never seen before footage made especially for the campaign, where Pooh stars in a behind the scenes interview telling fans that he too enjoys watching films on the big screen, with the key message that bringing the whole family together for a trip to the cinema, are always moments worth paying for.

The Industry Trust’s consumer education campaign continues to deliver the core message – inspiring audiences to choose the big screen experience. Like the others in the Moments Worth Paying For series, the trailer directs audiences to the industry-funded film search engine, FindAnyFilm.com, which signposts legal content sources, so they can book, buy and watch at their convenience. 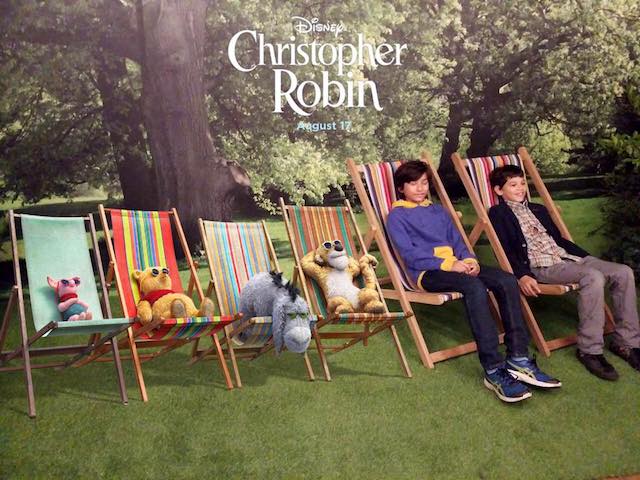 London Mums’ contributor Bibi Bush went to see Christopher Robin with her kids Oliver and Leo and this is what she had to say about it: 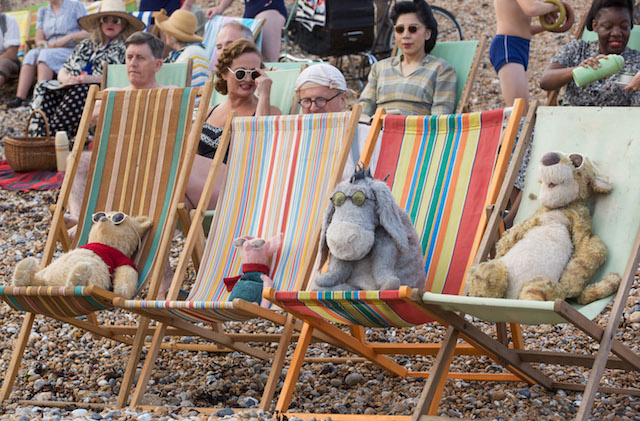 Winnie the Pooh, Piglet, Eeyore and Tigger relax at the beach in Disney’s CHRISTOPHER ROBIN.

‘Christopher Robin, the movie gets a nine out of ten from us. It takes a little getting used to seeing your favourite Pooh & friends animal character as a ‘stuffed’ and computerised version rather than the animation we’re used to and loved. Nevertheless the animal are all loveable and fun. It’s a great family oriented movie that reminds us of the importance of family & friends especially parent and child relationship and compassion. So emotional at time, my eyes were definitely not dry. 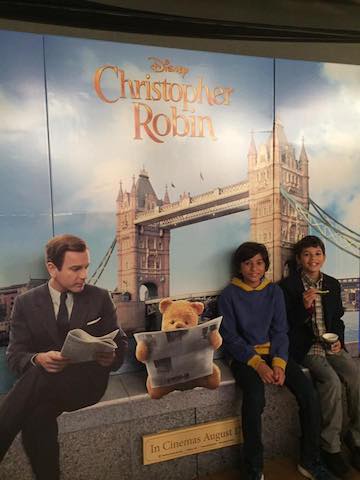 Based entirely on Christopher Robin as an adult. He is not only grown up but married with a child and forgets about the hundred acre wood and his animal friends. (I think we can all relate to this as we lose touch with the child we used to be and even friends). That is until Pooh shows up and the adventures of fun and havoc starts again. Or should I say mishaps and misadventures! Silly old bear Pooh brings out the loving and playful boy Christopher used to be.

I have a feeling, young children might struggle to understand the workplace/office scenes. The boring politics behind trying to make cuts were too long I find. 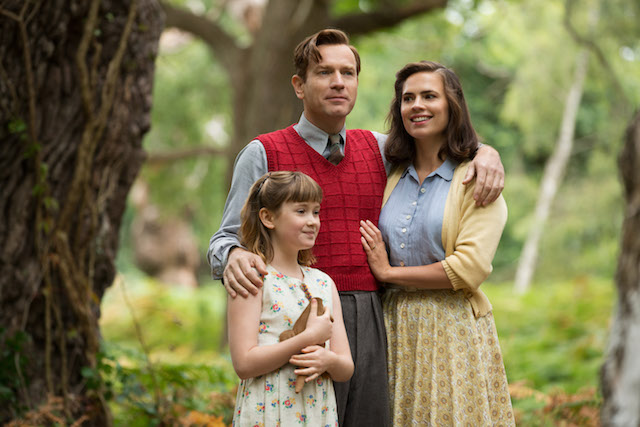 Ewan McGregor was brilliant in this movie. Some great acting with a kind and loving personality suited to that of Christopher Robin. Well cast for the role.

I have to add eeyore is still doom and gloomy, his voice I find was even deeper but still funny, I so love him.’

London Mums and the Kids Club were recently invited to an afternoon tea held for a handful of parent bloggers and influencers at Claridge’s hotel in celebration of the release of Disney’s Christopher Robin. The afternoon involved two hours of food, Pooh-themed activities and a story time reading by actor Jim Cummings (the original voice of Pooh and also the voice of Pooh in this film too). 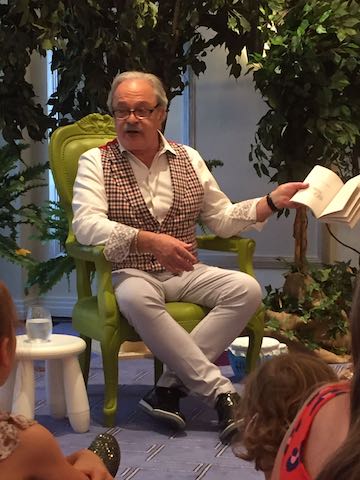 Here’s what London Mums’ child reporter Leo Bush had to say about this event:

The macrons were delicious, I had some juicy fruit kebabs and decorated my own biscuit with smarties. That was fun.

I had a little bee tattoo with glitter which was cute.

I got to choose a soft toy so I took home Tigger which was tiggerific.

I loved the storytelling by Mr Cummings, it was funny and he made the story more alive by doing some of the voices as well.

Oh and I liked the hotel lift, it had a sofa and even cushions and a clock. 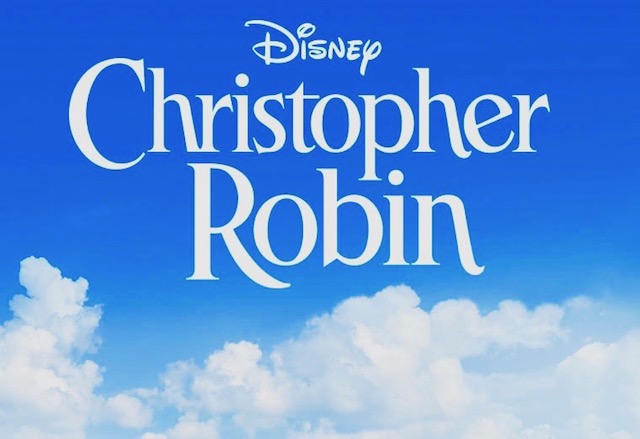 This entry was posted on Wednesday, August 15th, 2018 at 12:55 pm and is filed under Movies. You can follow any responses to this entry through the RSS 2.0 feed. Both comments and pings are currently closed.