Film Review: Christmas With The Coopers

London Mums’ film critic, Freda Cooper, felt it was only right that she went to see the first of this year’s Christmas offerings from Hollywood.  It’s called Christmas With The Coopers!  Needless to say, she’s not related to any of the characters, but does the film bear any relation to good cinema?  Read on to find out … 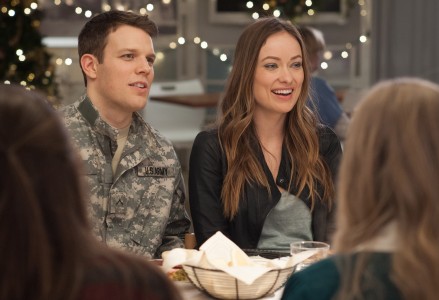 It’s a convoluted one!  All four generations of the Cooper family come together to celebrate Christmas.  There’s Mum, Charlotte (Diane Keaton) and Dad, Sam (John Goodman), who’ve been together for forty years, but the spark’s gone from their marriage.  They’ve decided to separate – but not until after Christmas, which means they have to keep it from the family. Daughter Eleanor (Olivia Wilde) is still single and arrives accompanied by total stranger, Joe (Jake Lacy), pretending he’s her fiancé.  Newly divorced son Hank (Ed Helms) is failing dismally to find another job to pay the alimony, and Charlotte’s sister, Emma (Marisa Tomei), has been pulled for shoplifting.  And so it goes on …………

So it’s yet another of those comedies with an all-star cast that tries terribly hard to be funny and fails, isn’t it?  Well, it’s certainly all that.  Apart from Keaton, Goodman and co, there’s Alan Arkin, Amanda Seyfried and June Squibb and, while they all try their professional best, the script fails to raise more than just the occasional giggle.  But that’s not all.  It kicks off with footage of the mass manufacture of chocolate and other Christmas treats, all very sweet and artificial.  So is it going to say something about the over-commercialisation of Christmas?  Of course it’s not!

Any theme it attempts to introduce has about as much substance as a snowflake.  And, just in case we haven’t worked out the film’s very obvious message, Alan Arkin’s grandfather gives it to us loud and clear.  What makes you happy is right under your nose!  Just focus on the positives!  We’d never have guessed ….. There’s a distinct feeling that Christmas With The Coopers would like to have been a 21st century It’s A Wonderful Life.  There’s nothing wrong with aiming high, of course, but when you‘ve material that’s so clumsy and cliché ridden, it’s a thankless and literally hopeless task.  And the only thing that it shows us about Christmas is that, much as we all want it to be perfect, there are going to be times when it simply isn’t.  Now how have we managed to get through life without knowing that?

Thankfully, the film does have one saving grace – two, really, in the shape of Olivia Wilde and Jake Lacy, who inject some real heart and chemistry into the whole shaggy mess.  You genuinely buy them as a couple, romantic clichés and all: yes, they suffer from them as well, but they manage to carry them off with some style. 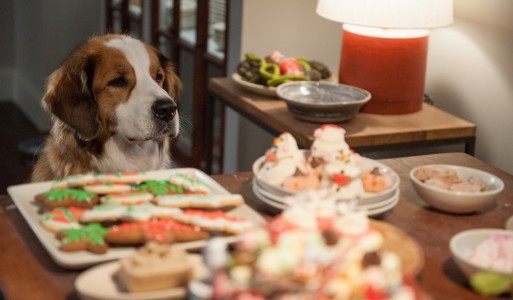 There’s another shaggy element to the story: after all, a family isn’t complete without a dog.  This one is called Rags.  There’s a narrator at the start of the film and it’s only in the latter stages that it becomes clear that we’re listening to the voice of Rags. And if he sounds familiar, it’s because he’s voiced by Steve Martin.  But it’s a nonsensical idea.  How can a dog, who is permanently at home and hardly ever takes any exercise know all the stories associated with the characters? 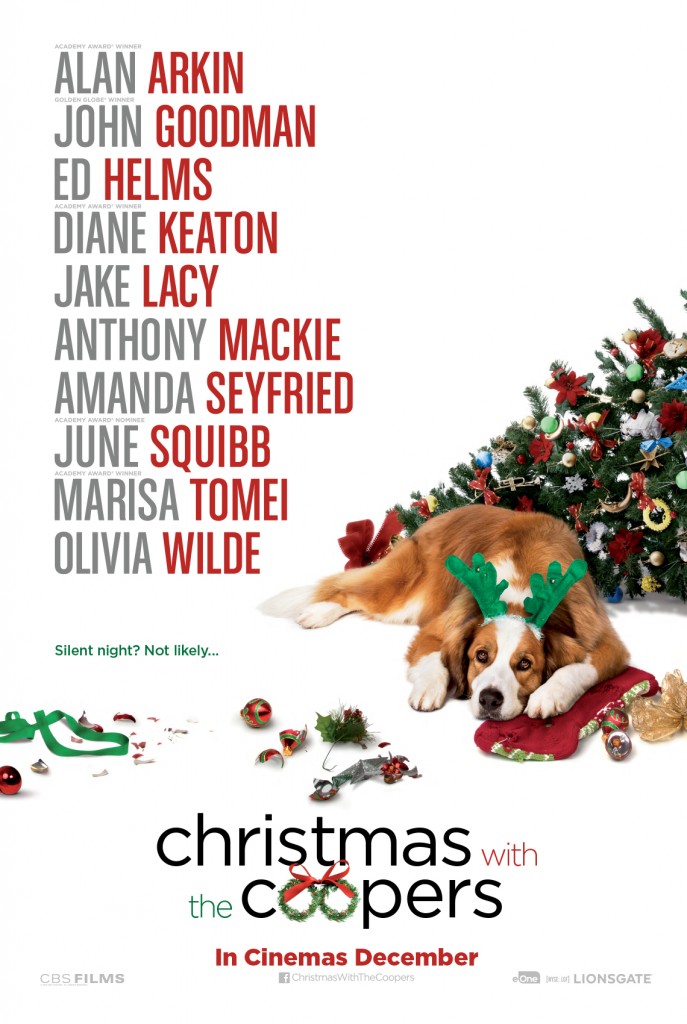 It’s no spoiler to say that Christmas With The Coopers ends happily.  You can see it coming a mile off.  But not only is it superficial, heavy handed and hardly worth more than the occasional titter, it’s remarkably cold, so you don’t get the heart-warming feeling at the end that the director so clearly had in mind.  If these Coopers were relations of mine, I’d suggest they go away next year.  Or perhaps not.  Because the last thing we need is a sequel …..

Christmas With The Coopers is released nationwide on Tuesday, 1 December and will be reviewed on Talking Pictures on Thursday, 3 December 2015.

Tags:  Adam Arkin Amanda Seyfried Diane Keaton Ed Helms Jake Lacy John Goodman June Squibb Marisa Tomei Olivia Wilde Steve Martin
This entry was posted on Tuesday, December 1st, 2015 at 7:05 pm and is filed under Movies. You can follow any responses to this entry through the RSS 2.0 feed. Both comments and pings are currently closed.