At high school, Bob (Dwayne Johnson) was overweight, had curly hair and braces – and that made him the bullies’ favourite target.  On the other hand, Calvin (Kevin Hart) was everybody’s friend, voted the student most likely to succeed and rescued Bob from an especially nasty prank.  As adults, the roles are reversed: Calvin’s a moderately successful accountant but Bob has converted all those extra pounds to muscle.  It turns out he’s also a CIA agent.  Admittedly, one on the run, but he needs his old friend’s help to prove his innocence.

The omens aren’t good.  The opening sequence of Central Intelligence features an overweight, curly haired and very badly CGI’d Dwayne Johnson and the joke played on him is a nasty one.  It does nothing for your expectations.  But hang in there.  It gets better.

In fact, this could easily turn out to be my Guilty Pleasure of 2016.  It’s another buddy movie, but less dark than The Nice Guys and certainly more conventional – just think of the difference in size between Hart and Johnson – but as a double act they work surprisingly well.  Johnson’s Bob often behaves like a great big kid: his taste in films is suspect, his favourite being Sixteen Candles, but it’s all an act.  Underneath, he’s way smarter than he appears and is exactly the guy you’d want in your corner when the chips are down.  Hart’s the one who’s the fish out of water here, mouthy, panicky and caught up in something he simply doesn’t understand. 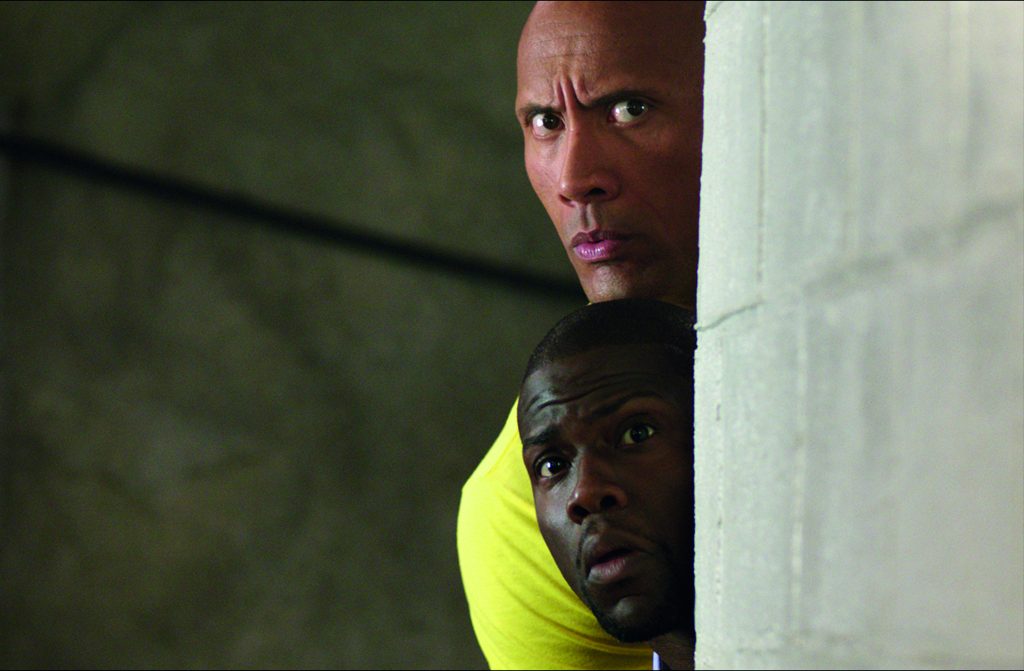 Both are helped by a script littered with smart one-liners and references to other movies.  It’s a film that knows exactly what it is and has no pretentions to be anything else.  Actual comic scenes taken second place to the gags, although you’ll swear at one point that Hart is on the verge of bursting out laughing.  Stick around for the “bloopers” tagged on to the credits and you’ll discover you were right.  You’ll also see another scene that didn’t make it to the final cut and perhaps should have.  After all, it’s not every day you see Johnson flexing his pecs on demand.

Alongside the Hart-Johnson combo, there’s some big name cameos – I won’t spoil things by telling you who they are – and a truly rib-aching scene with Kumail Nanjiani as a security guard who stands in the way of our heroes stealing a plane.  He’s accompanied by a pet boa constrictor named Snake Gyllenhaal.  See what I mean about movie references? 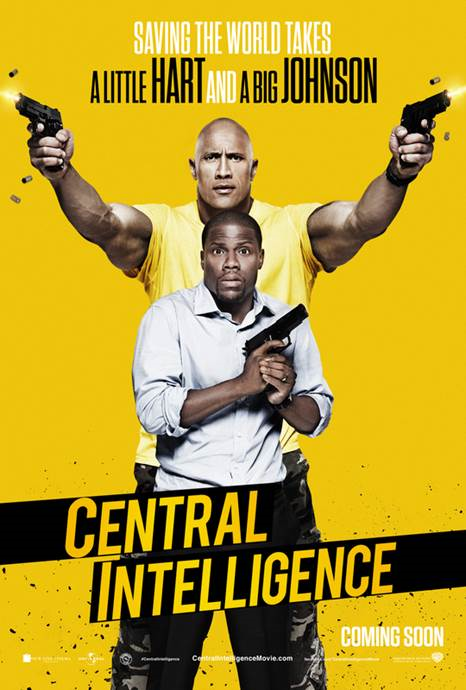 Overall, Central Intelligence is a surprisingly good hearted film, with less colourful language that you’d expect: no classic, comedy or otherwise, but certainly better than some of this year’s other offerings and it makes for an undemanding, enjoyable hour and a half.  Although you might leave the cinema wishing they’d left in that pec twitching scene!

Central Intelligence is released on Friday, 1 July and reviewed on Talking Pictures on Thursday, 30 June 2016.

Tags:  Central Intelligence Dwayne Johnson Kevin Hart Kumail Nanjiani Russell Crowe Ryan Gosling The Nice Guys
This entry was posted on Thursday, June 30th, 2016 at 11:05 am and is filed under Movies. You can follow any responses to this entry through the RSS 2.0 feed. Both comments and pings are currently closed.