Marvel’s Captain America – Civil War, releases in UK cinemas on 29th April 2016. In the latest Marvel superheroes’ instalment, the United Nations intervenes to set up a governing body to oversee the Avengers. The team splinters into two camps — one led by Steve Rogers and his desire for the Avengers to remain free to defend humanity without government interference, and the other following Tony Stark’s surprising decision to support government oversight and accountability. 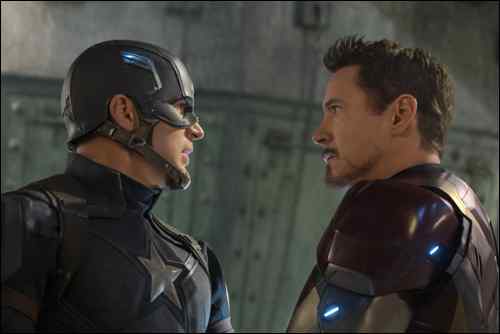 Marvel’s Captain America – Civil War starts with Cap Steve Rogers leading the newly formed team of Avengers in one of their intense and muscle led actions in their continued efforts to safeguard humanity. But after another incident involving newcomer Scarlet Witch within the Avengers’ team results in collateral damage, political pressure mounts to install a system of accountability, headed by a governing body to oversee and direct the superheroes squad. To those superheroes’ fans out there, this sounds all too familiar: I refer to the new Batman v Superman movie where the same fears of unsupervised alien Superman occurs.

The new status quo fractures the Avengers, resulting in two camps — one led by Captain America and his instinct-driven desire for the Avengers to remain free to defend humanity without government interference, and the other following Tony Stark’s guilt-driven loyalty to the government and their intention to create a UN-led organisation to co-ordinate and supervise the Avengers’ actions. Each side gathers super powerful squads and end up fighting each other before understanding that only united they are more effective. The underlying fact which the Avengers don’t understand until the very end is that a villain intentionally manipulated them so that they would end up kill each other. 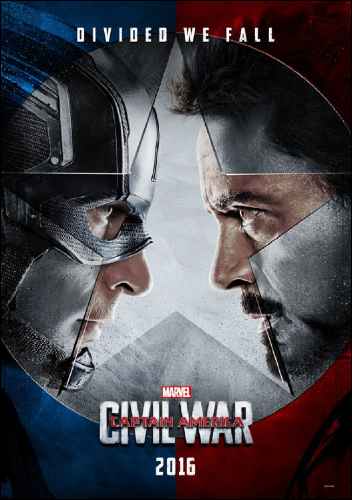 There’s even a cameo by Marvel’s masterminder, creator and also executive producer Stan Lee as the Fed-Ex delivery guy who delivers a parcel to Tony ‘Stunks’. 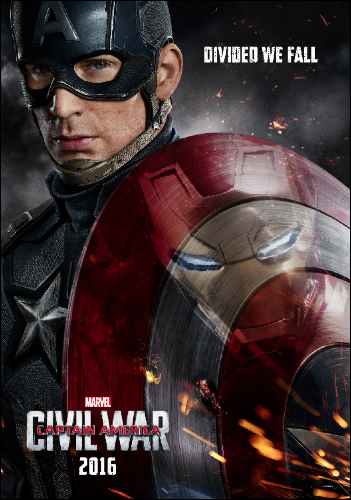 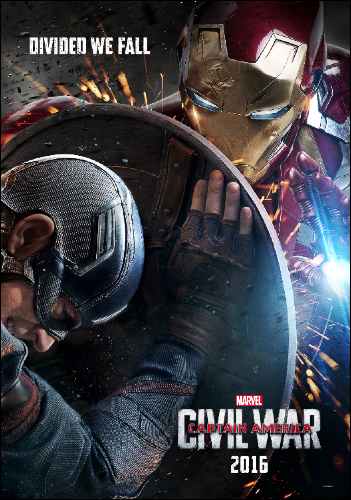 Paul Bettany is Vision, a robot like superhero created by Tony Stark almost by mistake. He was introduced in Avengers – Age of Ultron.

Daniel Brühl is Zemo the biggest villain in this movie.

Martin Freeman is Everett K. Ross, one of the government officials.

Comic elements characterises Marvel movies and in this film the best comic moments are provided by young Spiderman (Tom Holland) who is keen to impress Mr Stark to receive a grant to fund his scientific studies and Ant Man (Paul Rudd) who adores Captain America.

My favourite moment of the action-packed film is when the not-so-convinced Avengers fight against each other. They are fighting like brothers would do and talk while they do it. I would have loved more of that actually. The intervention of Spidey and Ant Man is incredibly humorous and lets you hope to see more of them in future Marvel films.

The teaser campaign invited people to pick a side before going to the cinema. In reality I would say that despite having different views on the implementation of their missions, the Avengers are all united by the goal to save humanity.

This film more than any other Avengers’ movie before shows the soft side of each one and explores the reason behind their personalities:

Iron Man is more worried than usual – he is sad because he has just split from his long term girlfriend Pepper. We also find out that Winter Soldier killed his parents. He also feels responsible for the death of a young humanitarian and promising scientist.

Captain America – he has strong bond with his friend from the past Bucky, who happens to be Winter Soldier, a famous strong assassin brain-washed by the Russians and frozen for many years like Captain America. The importance of this friendship is responsible for Cap’s decision to help him escape from world governments who want him dead and become an insubordinate soldier. This softer and passionate side of Cap is shown also in a stolen kiss with the niece of his fiancee from the past Miss Carter who helps him flee.

Before the movie I thought I was going to be Team Iron Man with his new young recruit Spiderman. During the film, the sight of Captain America’s strong and real muscles and his newly found softness as well as Ant Man’s humour brought me to Team Cap but by the end of the movie I was stuck in the middle and rooted for them to get back together again.

I would have loved to see more romance between Cap and Carter (my girlie side prevails here) as well as more ‘light-hearted’ fights among the Avengers involving the newcomers, Spiderman and Ant Man who are terrific and funny.

If you like action movies and great looking guys showing off their fighting skills, this is the film for you. For children under 12 it is probably too violent and complicated – I struggled with the details of the plot at times.

This entry was posted on Wednesday, April 20th, 2016 at 10:35 am and is filed under Movies. You can follow any responses to this entry through the RSS 2.0 feed. Both comments and pings are currently closed.