Considering that it was an impossible task replacing the irreplaceable Chadwick Boseman, who portrayed Black Panther, director and co-writer Ryan Coogler did justice to the Marvel Cinematic Universe with his Wakanda Forever. The movie is an emotional tribute to the late actor who was a wonderful super-hero. Our London Mums‘ editor Monica Costa met him at the first Black Panther‘s premiere in 2018. 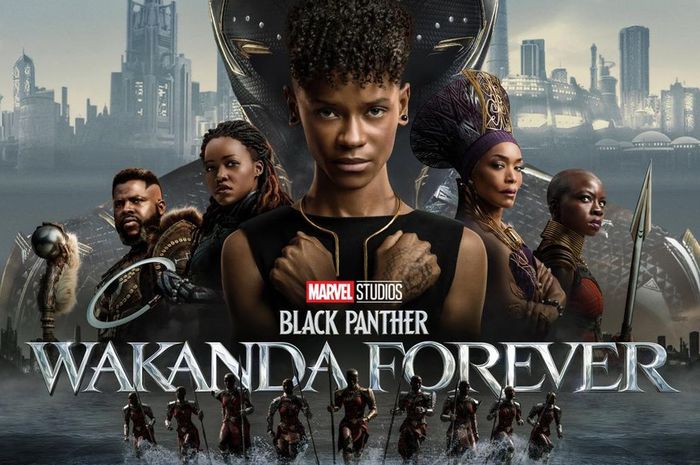 T’Challa, king of Wakanda, dies of a mysterious disease that his sister Shuri believes could have been cured by a herb she attempted to synthetically recreate but unsuccessfully.

A year later, Wakanda has been under pressure from other countries to share their vibranium with some parties attempting to steal it. Wakanda Queen Ramonda asks Shuri to continue her research on the heart-shaped herb, hoping to create a new Black Panther that will defend Wakanda, but she refuses as she believes Black Panther was a figure of the past. The CIA uses a new vibranium – detecting device on an underwater expedition to find a vibranium deposit. The search team gets killed by Namor and his blue-skinned, water-breathing people, but the CIA believes Wakanda was responsible. Namor goes to Ramonda and Shuri by-passing Wakanda’s advanced security. He blames Wakanda for the vibranium race and gives them an ultimatum – to find and give him the scientist responsible for the vibranium – detecting machine, or else he will attack Wakanda.

Shuri and loyal warrior Okoye, with the help of their friend and CIA agent Everett K. Ross, go to Boston to meet the scientist responsible, MIT student Riri Williams. Lots of car chases and adventures later the Wakandans find themselves at war with the underwater tribes. No spoilers now … Go and see the movie. Better seen on an IMAX screen.

Only at the end of the film Shuri visits Nakia in Haiti and burns her funeral ceremonial robe like her mother wanted, allowing herself to finally grieve.

During the credits scene, Shuri finds out that her late brother has a son who has been raised in secret far from the pressure of the throne.

I’m not a Marvel-buff, my background extends to a Spiderman here and there – I like the one where the taxi flies slo-mo into the cafe – you get the level –  so this is just a raw mum response. 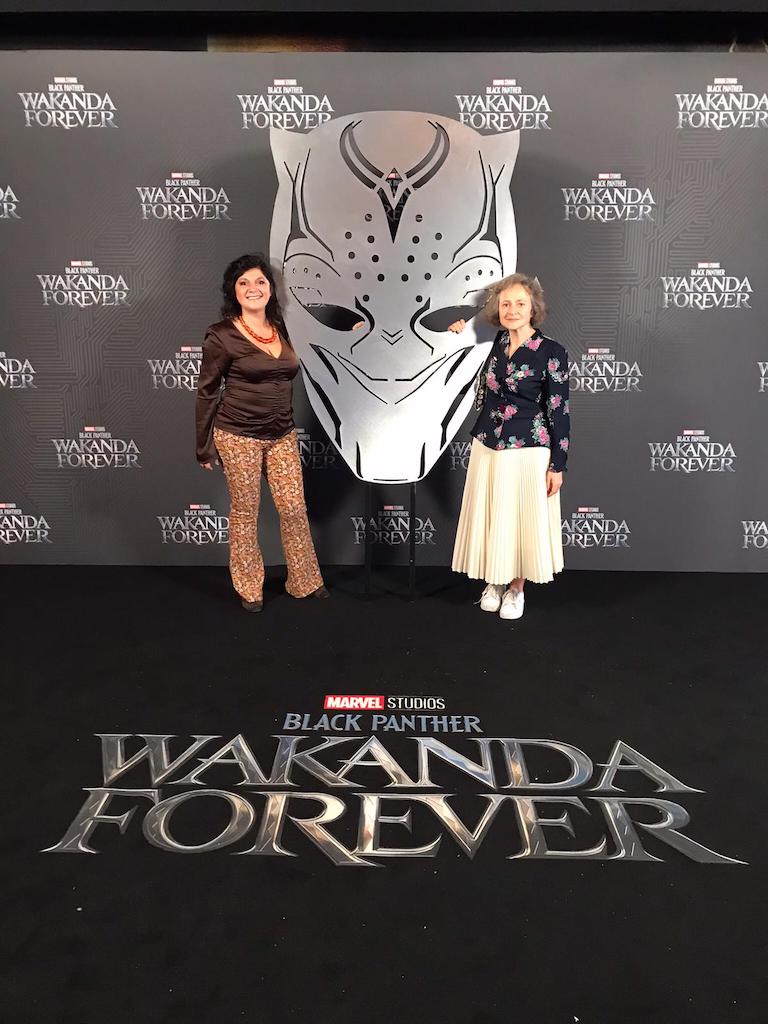 During this 2.5 hour film I was entertained by the fabulous costumes, the beautiful faces, a bit of boyish wit from some of the warrior-folk, the special effects, and the deep African tribal rhythms. I liked the authentic use of local languages as tribes spoke amongst themselves, English only being used as the Lingua Franca of the ruling elites or of techno-speak.

Where the story stalled a bit, I started to analyse this Marvel Universe and the choices that had gone into its design. Were representatives from BAME (Black, Asian, and minority ethnic) communities consulted? It’s an all-black civilisation, hidden from the outside world, with super-advanced technology which it chooses to use for peaceful purposes. It is resource-rich, with a powerful, capable royal family. As the King has died – as in Black Panther’s star Chadwick Boseman really died of cancer at 43 – this is the second episode where the kingdom is adapting to leadership under his mother, a charismatic matriarch. I wondered what the principally BAME audience thought of this ethnically-pure construct. Were the Nigerians feeling represented or ignored, for example? Was the music from one culture or composite? The languages, tribal weapons and costumes, were they based on African cultures or made-up by a team of  white designers who did a bit of research? Were the scriptwriters BAME?

Back to the story though: despite all their efforts to keep the peace, war comes, and their enemy is the native American Indians who drank magic potion and became mer-men, to avoid white enslavement. Two ethnic minorities at logger-heads. We see the world from within their shared bubble, with token white men, and token contact with white power structures which are rapacious and certainly not sympathetic.

And the ending. Not your usual Captain America blow-them-to-kingdom-come ending, but more nuanced, diplomatic, strategic. That’s what rescued it for me.

This entry was posted on Friday, November 11th, 2022 at 2:27 pm and is filed under Movies. You can follow any responses to this entry through the RSS 2.0 feed. Both comments and pings are currently closed.