In the futuristic city of San Fransokyo, teenager Hiro is encouraged by his older brother Tadashi to enrol at the institute of technology.  Reluctant at first, his mind is changed by a visit to the college and meeting his brother’s friends, but loss of his brother means he loses interest.  The discovery of one of Tadashi’s experiments, a cuddly robot called Baymax, along with the realisation that one of his own inventions is now being used by evil forces, brings him back together with his brother’s friends to save the city.

Big Hero 6 is the latest Marvel story to come to the big screen, but it’s a little known one, giving it something in common with last summer’s surprise hit, Guardians Of The Galaxy.  And there’s more …..

Although, as far as the plot is concerned, the film’s central character is Hiro, the star of the film by a mile is the robot, Baymax.  He’s unlike any robot you’ve ever seen – soft, cuddly and most definitely super-size – but it’s remarkable how what is essentially an inanimate object can show so much caring and generate such affection from the audience.  He’s adorable – and hilariously funny when his battery needs re-charging: his speech is slurred, his body deflated and, from a human’s perspective, shows every sign of being drunk!

In spirit, he’s the first cousin of Groot from Guardians Of The Galaxy.  True, his vocabulary is infinitely more extensive and he has nothing to do with trees, but he embodies the same spirit of simple goodness, protecting the people in his charge and meeting a similar fate towards the end of the film.

Like Hiro and his friends, Baymax is also turned into a superhero, with some amazing powers.  But when he dons that red suit and his wings, he loses something as well.  Some of the innocence and awkwardness that we love about him disappears, taking a little of the heart out of him and, indeed, out of the film as a whole.  But, fortunately, it’s only temporary.

Science most definitely isn’t for nerds here – it looks glamorous and exciting – and the animation emphasises that, with the intricate creation of San Fransokyo and the 3-D enhancing the action sequences.  Yet, despite all of that, it’s still a traditional Disney movie, extolling traditional family values and the triumph of good over evil.

A few words about Big Hero 6’s companion piece, Feast.  This Oscar nominated short lasts just six minutes, telling the story of Winston, a stray Boston terrier who’s rescued from the streets.  His owner’s life is seen through the dog’s eyes and the food they share together.  And this is a little dog with a seriously big appetite!

With next to no dialogue, the film tells its story with clarity, humour and warmth.  Winston is irresistible – Boston terriers will be top dogs in 2015! – and we can only hope that Disney decides to give him his own full length film, as he certainly has enough character. 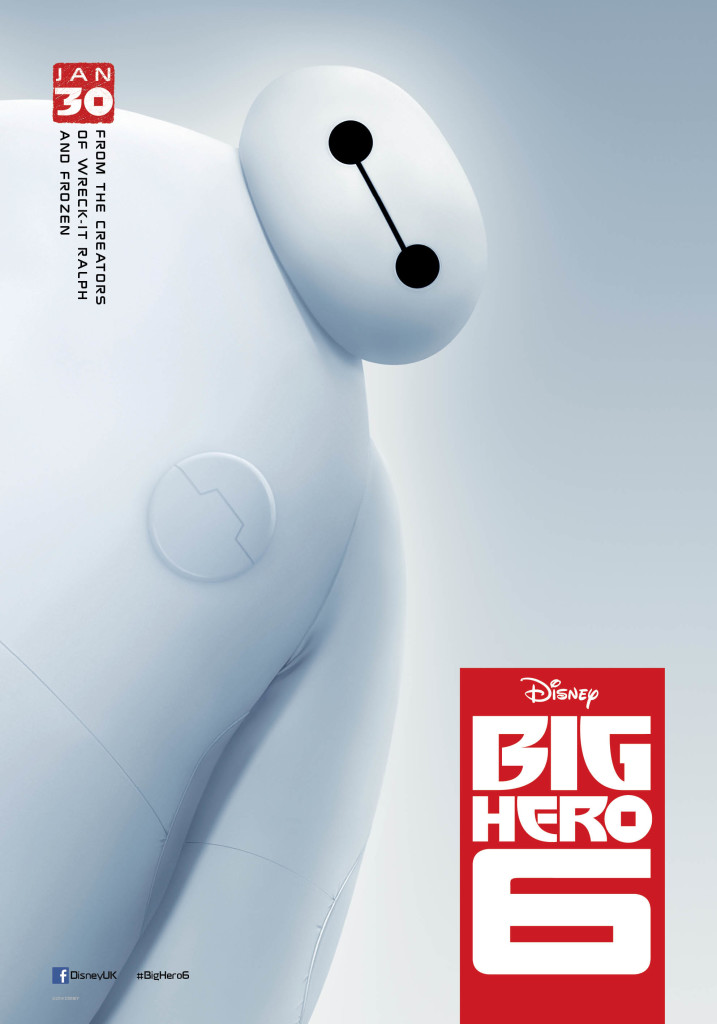 Mum’s rating: 9/10              Actually, Big Hero 6 itself gets eight out of ten.  The extra mark is for Feast!  The main feature gets Disney’s animation year off to a great start, with an engaging story and an XXL hero that will appeal to children and adults alike.  Feast is a real treat – small and perfectly formed.  Whatever you do, don’t arrive late at the cinema.  If you do, you’ll miss out!

Big Hero 6 and Feast are released together around the UK on Friday, 30 January 2015.

Tags:  Baymax Big Hero 6 Boston terrier disney Feast Groot Guardians Of The Galaxy Marvel San Fransokyo Winston
This entry was posted on Tuesday, January 27th, 2015 at 7:15 pm and is filed under Movies. You can follow any responses to this entry through the RSS 2.0 feed. Both comments and pings are currently closed.