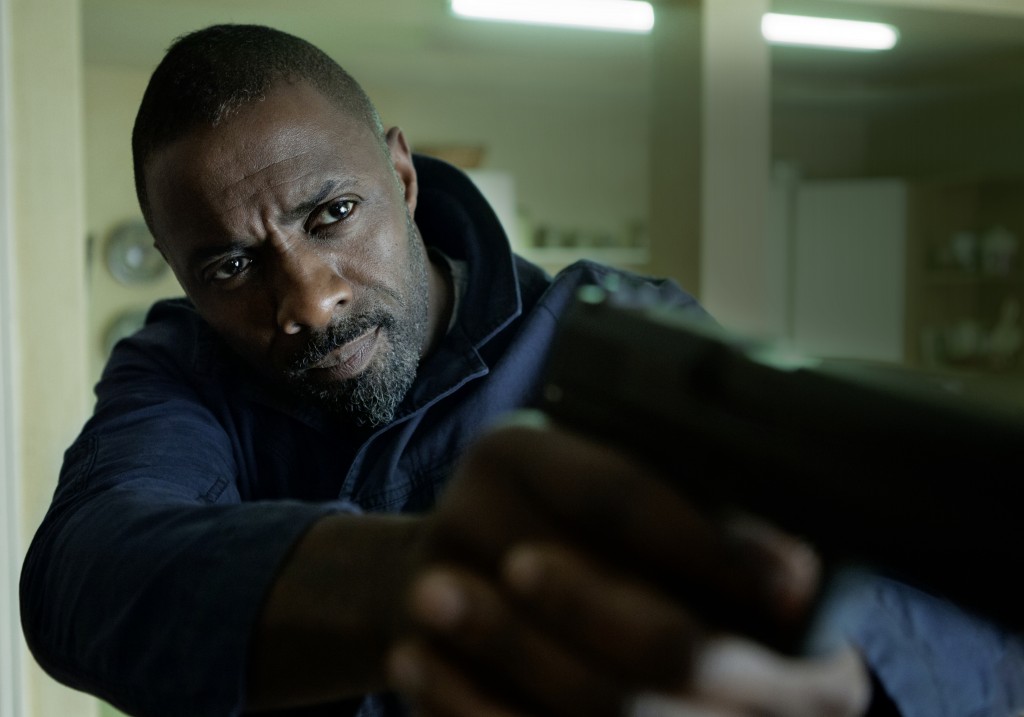 In Paris, skilled pickpocket Michael (Richard Madden) lifts a woman’s bag, unaware of its contents. A bomb. When it explodes, he becomes the main suspect and finds himself public enemy number one. He’s pursued not just by the police but the CIA, one agent in particular, Briar (Idris Elba). And there’s also the people who were really behind the bomb, who are stirring up unrest among the Parisians around the 14th July holiday. They have their own motives and Briar is trying to unravel the whole conspiracy – all by himself, of course. Only now he has help, after a fashion, from Michael.

Bastille Day’s director, James Watkins, has been open about wanting to create a fun, Friday night rollercoaster of a movie, one with throwbacks to the action films and TV series of the 70s and 80s. At the same time, however, he’s set the film very much in the present day: there’s all the technology you’d expect, but also a storyline that makes use of the current terrorism situation. How to reconcile the two?

In truth, it’s not always a comfortable marriage: there are times when the film feels too close to the bone and isn’t quite the piece of entertainment that it sets out to be. But, if you can live with that and put it to one side, you do have something that’s a close relative of those fun action movies in the 70s and 80s. There’s the apparently mis-matched pair at the centre of the story, who actually get along OK and indulge in banter along the way. They’re straight out of The Professionals or The Sweeney. There’s plenty of action, but without the usual reliance on CGI for a change. The fights are more traditional fisticuffs, although there are a couple which are perhaps more suited to 2016. One of them, inside a prison van has Elba taking on several baddies single handed in a confined space, is genuinely fast and furious. 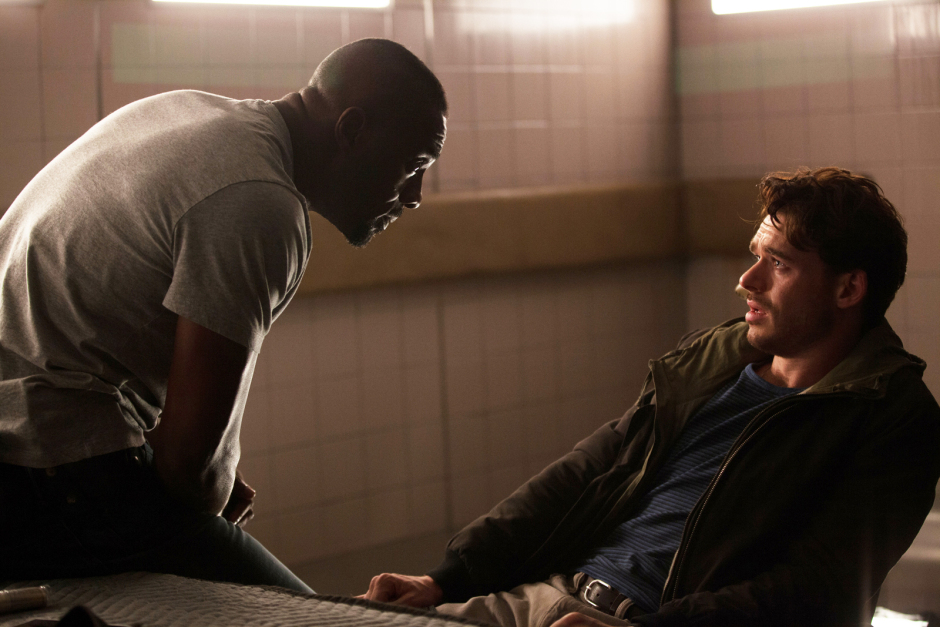 It’s all part of the entertainment. There’s more to be had in the humour between the two main characters. Elba, having at last caught Madden, asks him why he ran away if he’s innocent. “Have you seen yourself?” is the reply. He has a point. There are moments of unintentional humour as well: the gang talking about launching hashtags in their social media campaign sounds awkward in translation into English. To French ears, it probably would sound fine.

Elba is, of course, very much the star. Yet he can do the is “reckless and irresponsible” action man stuff in his sleep. He cut his teeth on it but at least he tackles his role with energy and a sense of fun. Certainly, there’s no sign of him phoning it in. He could do with a partner who provides a more substantial partner in crime fighting: Madden, by comparison, is lightweight and pretty and it makes for a lop-sided partnership. Not that Elba fans will have any problem with that. 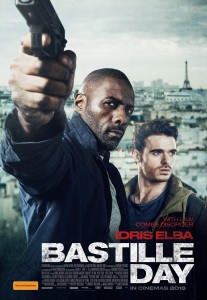 Bastille Day is an old fashioned, action paced, thick ear thriller with more than a flavour of the 70s and 80s. And that means its director has pretty much succeeded in creating the kind of film he had in mind. It certainly fits the bill as a Friday night action film – as long as you can put recent events to the back of your mind.

Bastille Day is released in cinemas on Friday, 22 April and reviewed on Talking Pictures on Thursday, 21 April 2o16.

Tags:  Bastille Day Idris Elba James Watkins Richard Madden Star Trek Beyond The Jungle Book The Professionals The Sweeney Zootropolis
This entry was posted on Monday, April 18th, 2016 at 7:15 pm and is filed under Movies. You can follow any responses to this entry through the RSS 2.0 feed. Both comments and pings are currently closed.