On Thursday 24th of March we attended a multimedia screening of Ambulance at Cineworld in Leicester Square. This was a Michael Bay production, do expect some action. Ambulance is in cinemas now. 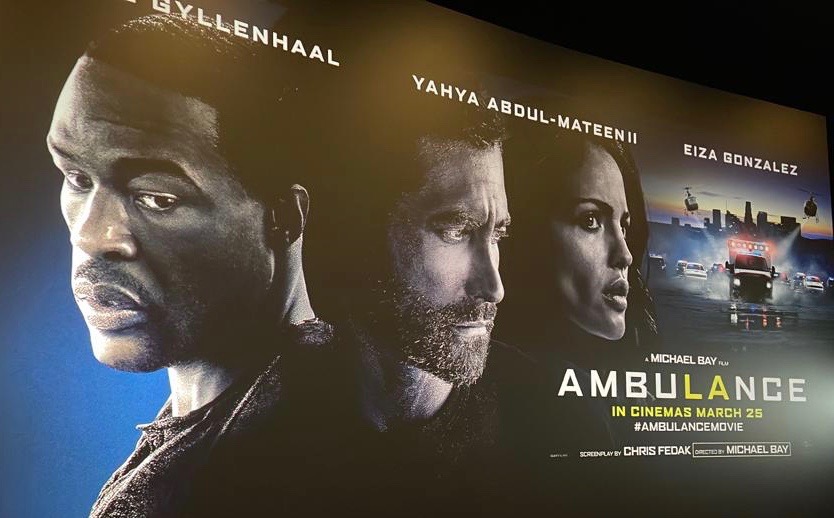 Two robbers steal an ambulance after their heist goes awry.

Ambulance is a frustrating film due to the lack of character development and the incredibly unrealistic nature of the length of the getaway.

I felt more time was needed at the start of the film to emphasise the necessity of the heist for Will. He seemed to be convinced far too swiftly in the early context of the film. On a more positive note,

Ambulance is visually spectacular, and the continual drone synths constantly played in the background effectively rose the tension.

The continual switch of camera angles were very creative and helped to convey the magnitude of the heist.

However, the conclusion of the film was certainly unsatisfying because not only did the Sharp brothers failed to escape with the money after two hours of driving, but Will completely contracted their whole “brother” relationship that was continually referenced throughout the film by shooting Danny.

Tags:  #Ambulance #brothers #Michaelbay
This entry was posted on Thursday, March 31st, 2022 at 12:10 pm and is filed under Movies. You can follow any responses to this entry through the RSS 2.0 feed. Both comments and pings are currently closed.