Film Review: All The Money In The World

Kidnapping drama All The Money In The World could have been remembered as the film that was re-shot at the speed of light after Kevin Spacey was replaced by Christopher Plummer following Spacey’s scandal about his alleged sexual misconduct. But instead it will be remembered as a very accurate reconstruction of a real story by master of historical dramas Ridley Scott.  The film is based on the book by John Pearson and inspired by true events. Some scenes, characters and dialogue have been effectively fictionalised for dramatic purposes. 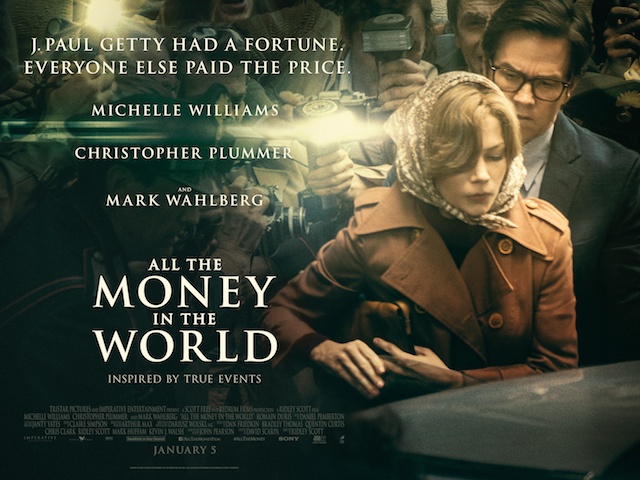 Mark Wahlberg, Michelle Williams and Director Ridley Scott on the set of TriStar Pictures’ All the Money in the world. 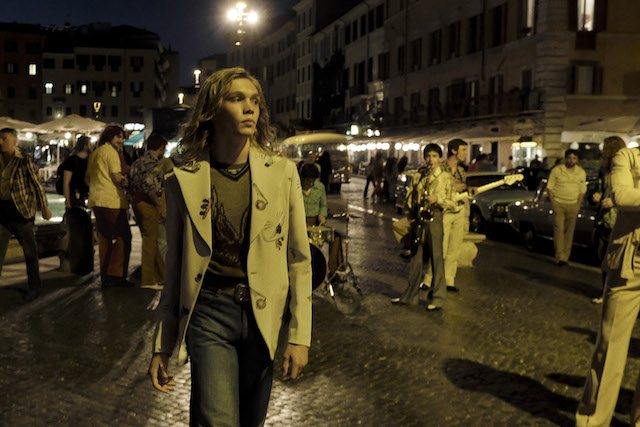 Charlie Plummer plays J. Paul Getty’s grandson in ALL THE MONEY IN THE WORLD.

All The Money In The World follows the kidnapping of 16-year-old John Paul Getty III (Charlie Plummer) on the streets of Rome in 1973 and the desperate attempt by his devoted mother Gail (Michelle Williams) to convince his billionaire grandfather (Christopher Plummer, who is not related to Charlie Plummer) to pay the ransom. 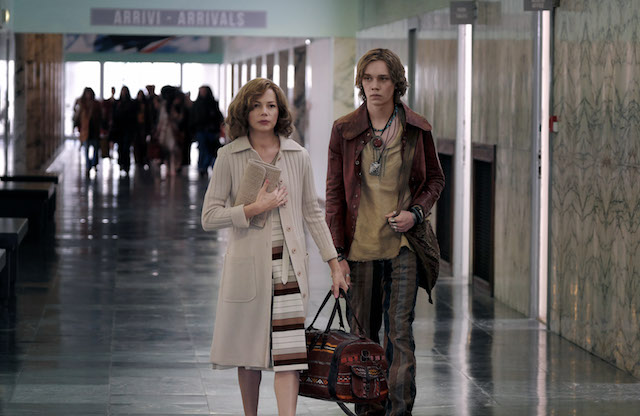 Michelle Williams stars as Gaill and Charlie Plummer stars as her son, the grandson of J. Paul Getty

When Getty Sr. refuses, Gail attempts to sway him as her son’s captors become increasingly volatile and brutal.

The kidnappers call a distraught Gail (Michelle Williams) threatening to harm Paul if they are not paid while Fletcher Chase (Mark Wahlberg, center) overlooks.

With her son’s life in the balance, Gail and Getty’s advisor, Fletcher Chase (Mark Wahlberg) become unlikely allies in the race against time that ultimately reveals the true and lasting value of love over money. 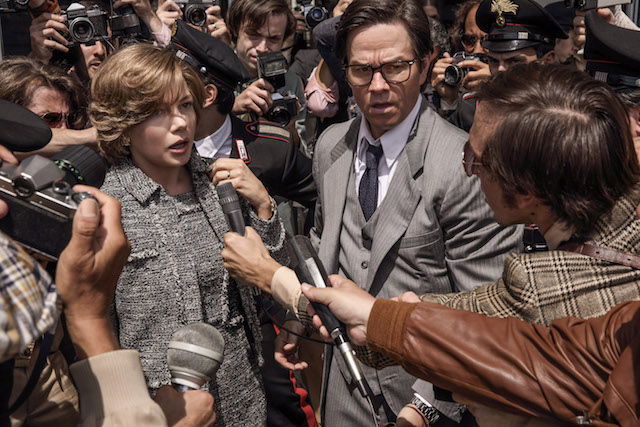 A desperate Gail (Michelle Williams) pleads with the kidnappers to set her son free while being escorted to her car by Fletcher Chace (Mark Wahlberg). 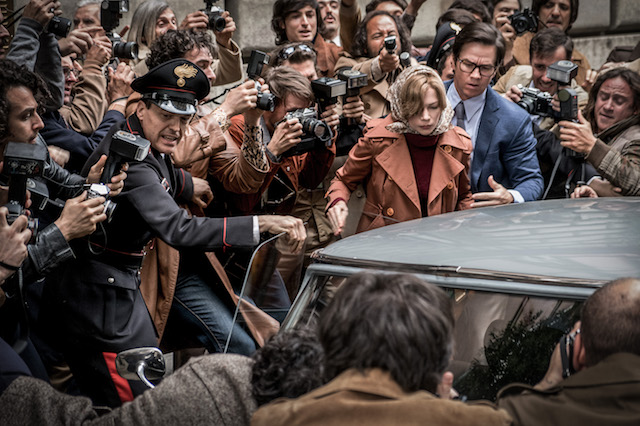 Like me, many people will probably be curious to see how Ridley Scott managed to re-shoot the film at an extra expense of £7.5 million after replacing Kevin Spacey with Christopher Plummer to play octagenarian oil billionaire J. Paul Getty. 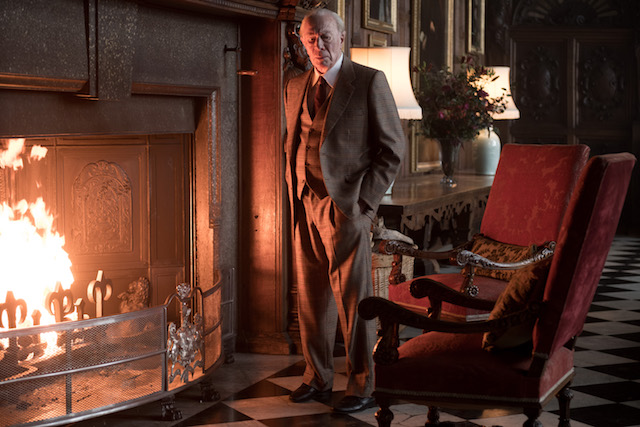 And they won’t be disappointed, because Plummer is seriously amazing in the role of the richest but also meanest man in the history of the world.  It is remarkable how the film had to be completely re-made in just a few months. 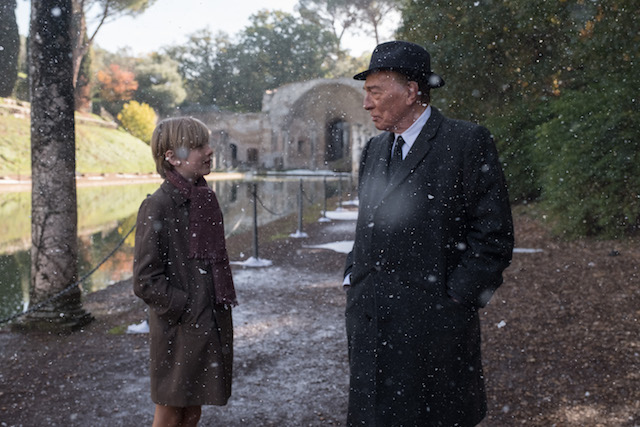 Maybe a second watching would be key to figure out any last-minute movie mistakes. 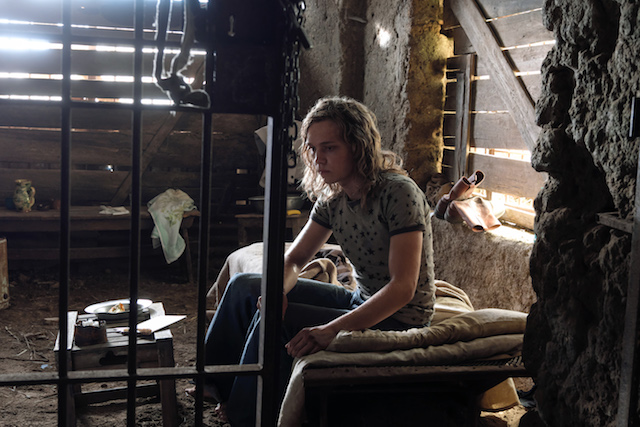 The subject of negotiating a ransom with kidnappers is quite popular at the moment judging from the success of TV series Ransom that I recently reported about. 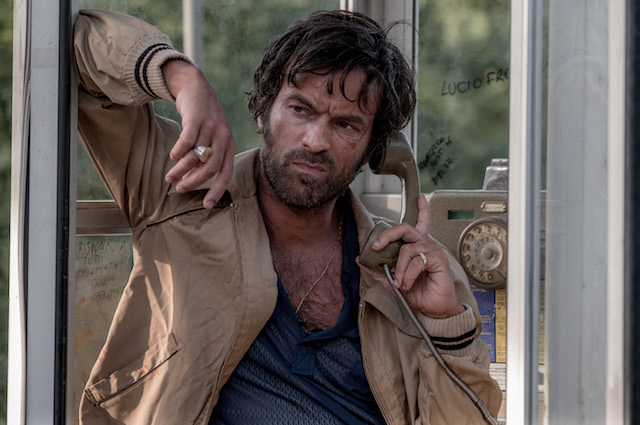 Romain Duris plays Cinquanta, who seeks a ransom for J. Paul Getty’s grandson but in the end gets quite attached to the boy he looked after for moths.

What makes All The Money In The World even more interesting is that it is a true story and not an uncommon one in 70s Italy. According to a blog, the film is inspired by the true facts and showcases a few theories about the kidnapping of JP Getty III. It shows images of the real JP junior who truly had a sad life despite all the money in the world. 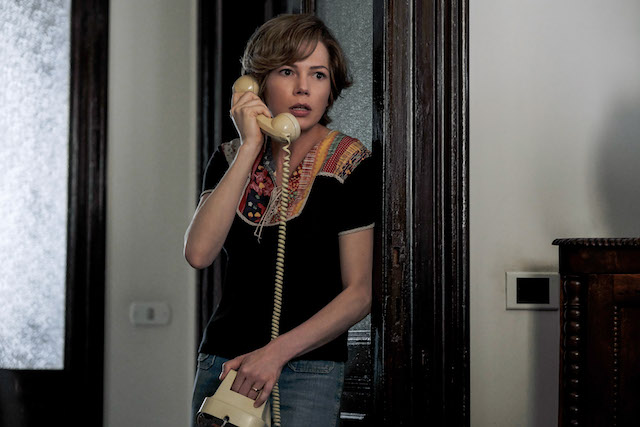 Although I have never been a huge fan of Michelle Williams, I enjoyed her fine performance as the young Getty boy’s mother desperate to get him back while his father is too drunk and interested in drugs to care about him. 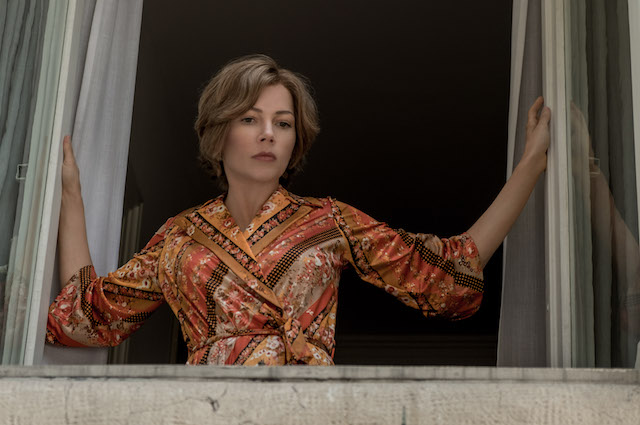 I love this 70s top worn by Michelle Williams as Gail.

In fact, I’d say this is my favourite role from his now established actress. 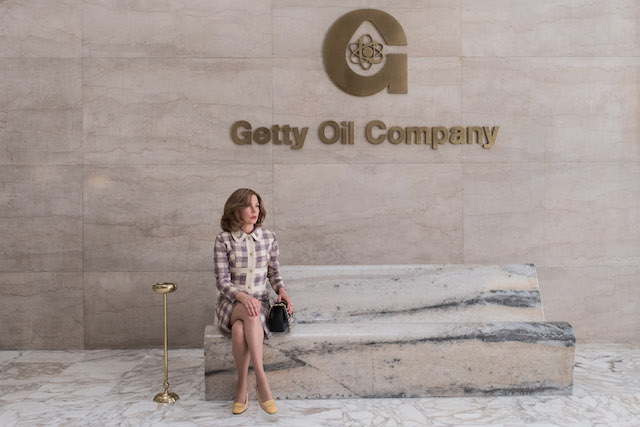 Michelle Williams gets to wear lots of different outfits from the Seventies. They all look amazing! 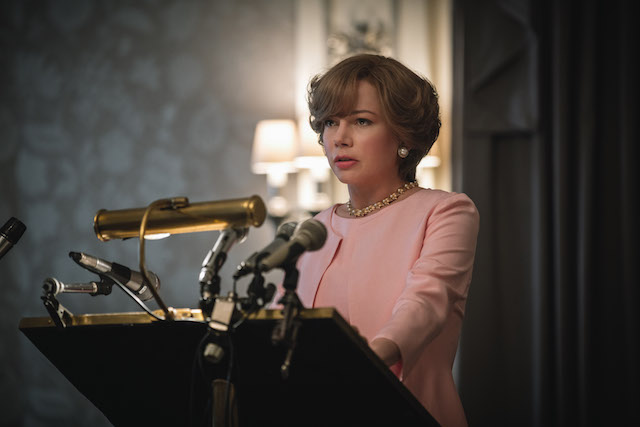 And despite disappointing most critics, Mark Wahlberg did not disappoint me. I am also not a huge fan of his work, but I loved his serious character as negotiator Fletcher Chace.  He is believable and good looking man in his 70s glasses.

As in The Martian, Ridley Scott approaches this story with the pace of a ticking-clock bomb which makes the movie very watchable. 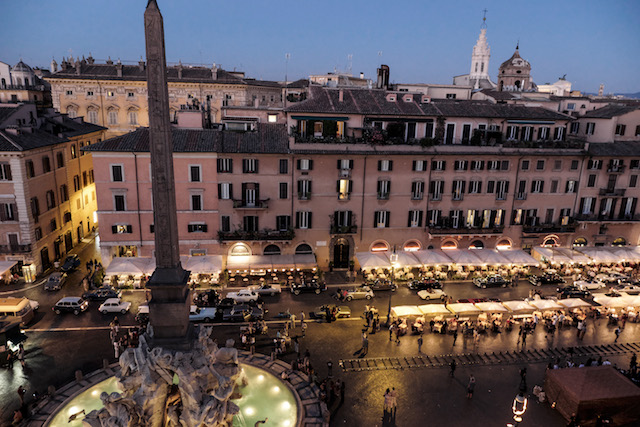 In Piazza Navona, Rome , Italy on the set of ALL THE MONEY IN THE WORLD. 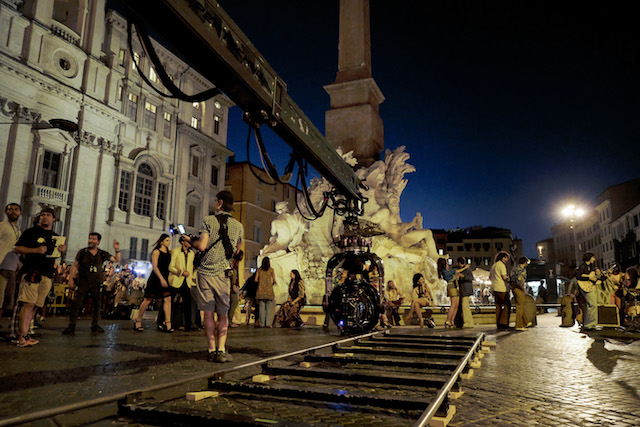 In Piazza Navona, Rome , Italy on the set of ALL THE MONEY IN THE WORLD.

What I also love about this film is the fact that it is shot in 70s Italy which I remember so clearly from my childhood: the cars, the fashion, the news, the paparazzi, the kids’ toys and tv shows (cowboys series).  In Ridley Scott’s style, the movie was well researched and felt realistic to me, a person who lived in Italy in the Seventies.
Taking all this into account, I loved it.

A bit of a warning to parents thinking of taking children to see this movie: it is rightly marked with Certificate 15 and has quite a few crude scenes during which I covered my eyes, like, for instance, when the kidnappers call a doctor to cut the boy’s ear as a proof that the child was alive.

All The Money In The World is released in cinemas on 5 January 2018.

This entry was posted on Thursday, January 4th, 2018 at 12:46 pm and is filed under Movies. You can follow any responses to this entry through the RSS 2.0 feed. Both comments and pings are currently closed.