In the year of the 50th anniversary of the moon landing, Ad Astra is the perfect movie to explore the theme of space explorations. Ad Astra is a thought-provoking sci-fi masterpiece starring the handsome and talented Brad Pitt that provides the ultimate entertainment to space travels’ fans. It is released in cinemas across the UK on 18 September 2019. 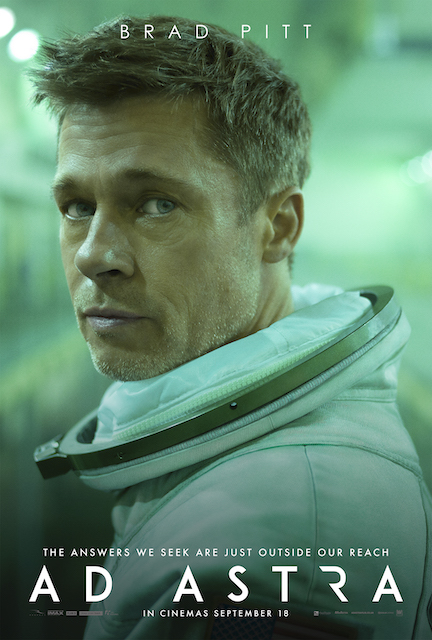 A paranoid thriller in space that follows Brad Pitt’s Captain Roy McBride on a mission across an unforgiving solar system to uncover the truth about his missing father and his doomed expedition that now, 30 years later, threatens the universe.

Ad Astra is pure poetry. It’s probably Brad Pitt’s greatest performance in his brilliant career to date because he manages to convey a lot of emotions through his facial expressions in scenes where is often alone in space. You could tell that he’s channelling his personal turmoil into this role. He has also produced this movie and certainly put a lot of conviction and dedication into this project.
Ad Astra in Latin means ’to the stars’. It refers to the hope that humankind puts into what is to be found outside our planet earth, in the stars and the universe. While the movie looks outwards and explores the potential downfalls of conquering territories in space, it also looks inwards at the personal conflict of father and son, both astronauts who dedicated their lives as space explorers. 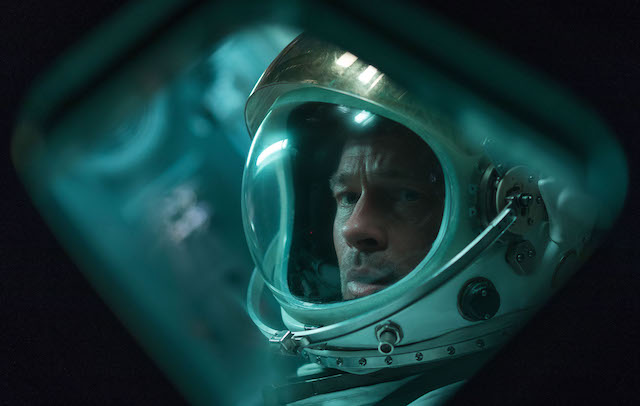 The dialogues are very poetic and emotional and the silences between the lines often tell more than the actual conversations between characters.
Personally, Ad Astra has made me think of life on the blue planet and what it means being part of a bigger galaxy. I have always been such a big fan of space explorations and travels. Ad Astra shows you exactly how that would look like in the future. The pitfalls of pushing that curiosity to the limits shown in the movie have put me off space travels altogether. It’s not meant in a negative way, though. It simply explores the idea that humans would simply transfer their greed and dissatisfaction with their lives to a different planet without thinking of living a fuller and more satisfying life on this planet first.
When I’ll get Sehnsucht for space travel I’ll watch the gorgeous Brad Pitt taking that ride again and I’ll be content with that. 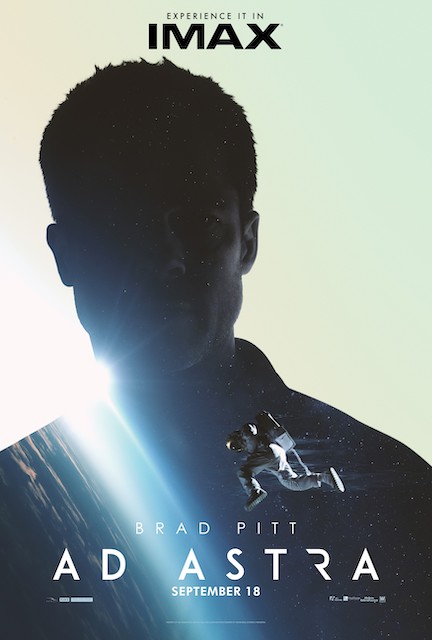 A final thought has to be spared for Brad Pitt. I have never been a great fan of his looks or career but after meeting him at the premiere of Allied a few years ago, I understood why he was so appreciated. He is like a good bottle of wine: ageing suits him. Over time he has become a lot more attractive, charming and even a better actor. I am pretty sure he will be nominated for an Oscar for his performance in Ad Astra.

This entry was posted on Thursday, September 12th, 2019 at 11:50 am and is filed under Movies. You can follow any responses to this entry through the RSS 2.0 feed. Both comments and pings are currently closed.