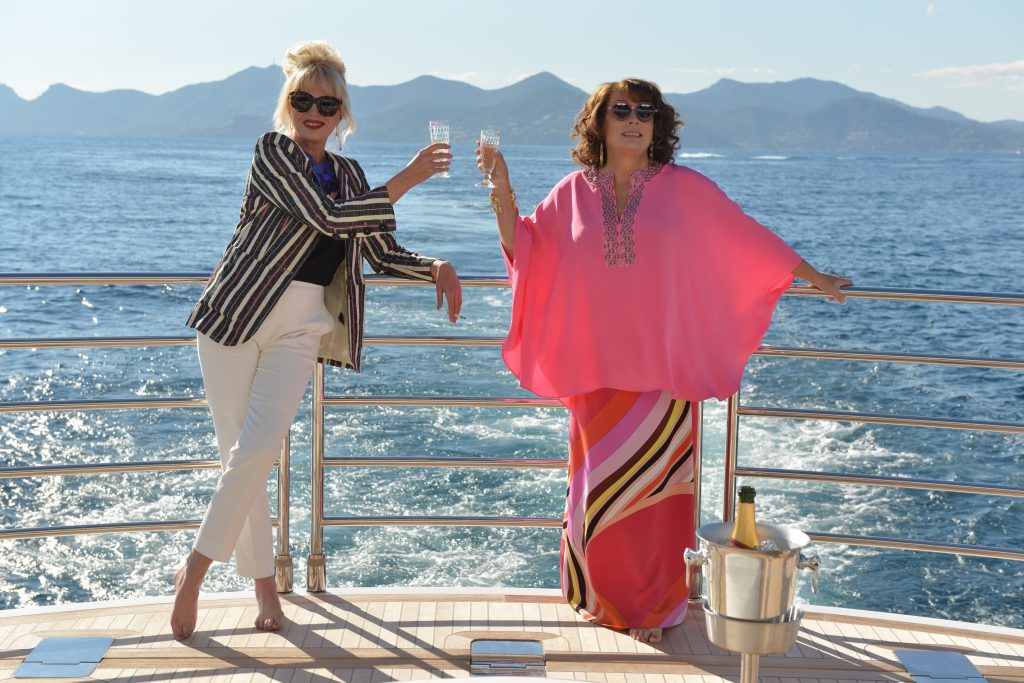 PR guru Eddie (Jennifer Saunders) is up against it on just about every front.  The money has run out and the Bolly fridge is empty.  Worse still, she’s out of touch with PR 2016 style, all do-it-yourself social media.  With just two clients left, Lulu and Emma Bunton, she needs to drum up new business and the news that Kate Moss needs a new PR is music to her ears. Except that when she gets close to La Moss, the supermodel ends up drowning in the Thames and Eddie becomes the prime suspect, with the paparazzi on her tail.  She and best friend Patsy (Joanna Lumley) have to get out of town – and they head for the French  Riviera.

Adapting a well-loved TV series, especially a comedy, for the big screen is a risky business.  And, in all honesty, there’s only really a 40 minute story here.  The plot is as skinny as a size zero supermodel, but it’s all been stretched to fill ninety minutes and padded out with no less than 60 celebrity cameos, some playing themselves – Kate Moss and Graham Norton, for instance – and some in actual roles, like Mark Gatiss as Eddie’s reluctant publisher.

But the story itself is almost incidental.  What’s important is whether the film is true to the spirit of the original and it’s certainly all that.  There are moments when it feels like Ab Fab’s greatest hits, re-running some of Eddie and Patsy’s most famous antics – falling drunkenly out of the car, naturally! – but that familiarity is all part of the fun.  There’s a definite affection for the series and its characters, our memories of the original remain intact and we get what we want.  More of the same. 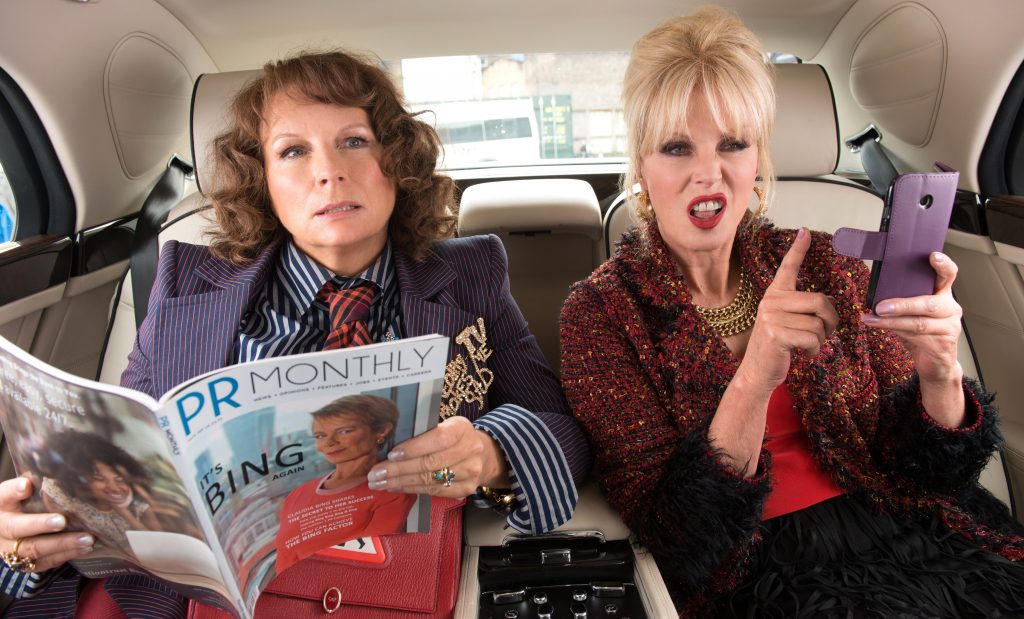 The whole TV cast is re-united for the film.  From the gloriously empty headed Bubble (Jane Horrocks in some totally bonkers costumes) to the ultra-sensible Saffy (Julia Sawalha), from Eddie’s astute Mum (June Whitfield, who celebrated her 90th birthday during filming) and the fearsome Magda (Kathy Burke) who won’t say a word if she can’t shout it instead.  But despite them, and all those cameos, the film belongs to Saunders and Lumley.  Lumley especially, who is an even bigger scene stealer than ever.  She also shows up Eddie when it comes to grasping modern technology, but it’s for her own ends: she’s constantly scrolling Tinder on her mobile.  As a double act, though, the two women are priceless. 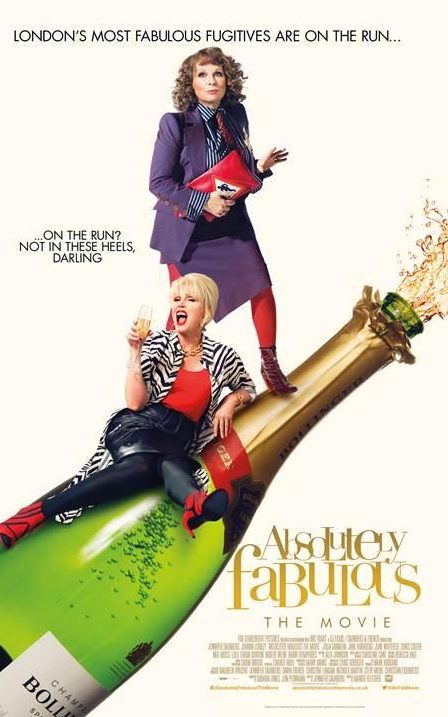 Eddie and Patsy will never grow up and we wouldn’t want them to.  They’ll always be outrageous, embarrassing and shameless, but that’s the way we like them.  The film may not be absolutely fabulous, but they most certainly are.  Sweetie!