Unsurprisingly the latest Aardman’s animated movie Early Man provides great family entertainment.  In fact I’d dare say that Aardman is the only film making company that truly entertains the whole family with every new production. It’s not just the mums who take the children to see the new animations but I know for a fact that dads and grandparents are also keen in watching these films. 0-99 is the target audience for Aardman’s clay animations and Early Man is no exception. 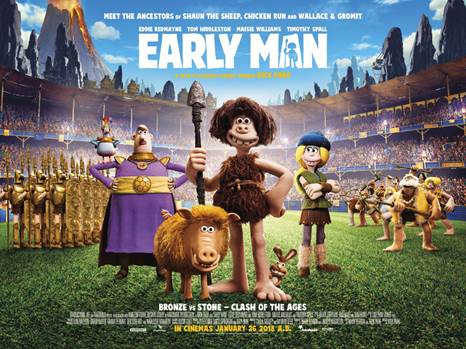 Set at the dawn of time, when prehistoric creatures and woolly mammoths roamed the earth, Early Man tells the story of how plucky caveman Dug (voiced by Eddie Redmayne), along with sidekick wild boar Hognob (brilliantly voiced by Nick Park himself) unites his tribe against the mighty Bronze Age in a battle to beat them at their own football game. 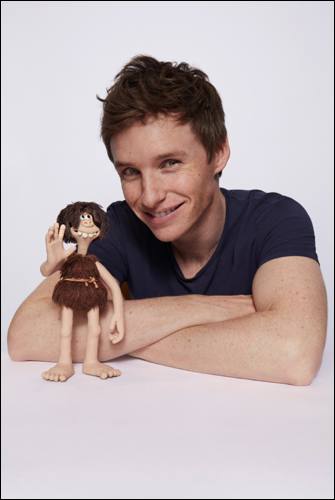 EDDIE REDMAYNE as the voice of Dug

Early Man continues the production partnership with Aardman and Studio Canal following the success of Shaun the Sheep the Movie directed by Mark Burton and Richard Starzak. Studio Canal is co-financing and will distribute in its own territories, the UK, France, Germany, Australia and New Zealand, selling worldwide. The BFI (British Film Institute) is also a partner on Early Man.

Behind the scenes of Early Man with Merlin Crossingham

Highlights of the London premiere

Set at the dawn of time, when dinosaurs and woolly mammoths roamed the earth, Early Man simply tells the story of how one brave caveman unites his tribe through football against a mighty enemy and saves the day. With straightforward and humorous storytelling Early Man is a real treat for both children and parents. Nick Park, who isn’t even a football fan, apparently came up with the idea over lunchtime one day that football originated from Stone Age men. 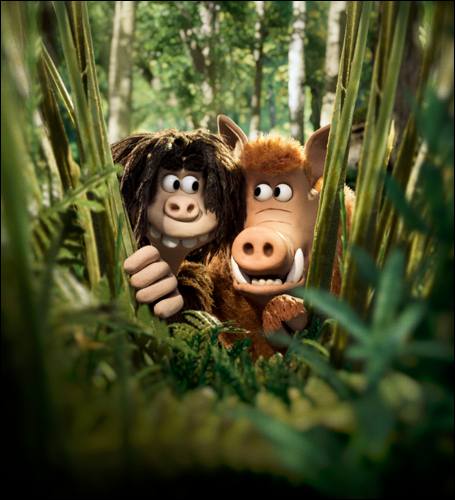 The story goes back in time and shows how football was invented from a chance moment when a hot meteorite fell from the sky and landed on the hands of a caveman who tried to get rid of it and kicked it away. Of course, it is all nonsense – kids will ask you if that is true, though – but Early Man is as funny as it can be and no single joke or dialogue is wasted. The process of clay modelling and stop-motion shooting is quite long (only a couple of seconds of film are shot in a day) so the animators have time to think and make every moment count. 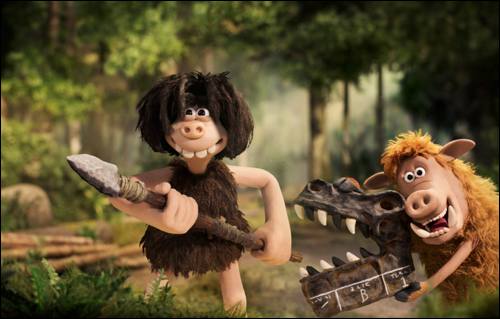 The humour is distinctly British but this is why it is so charming and recognisable all over the world. Early Man is in the same league of other internationally successful feature films by Aarman, Chicken Run and Shaun, Sheep The Movie and Academy Award winning Wallace and Gromit: The curse of the were-rabbit.t 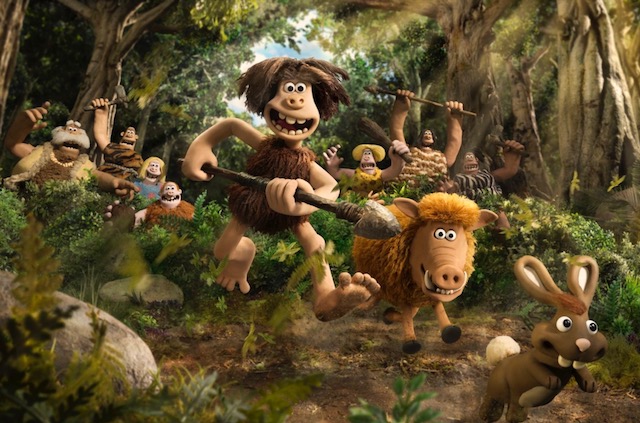 There were always giggles and lough-out loud noises throughout the movie and everybody in the audience from children to mums, dads and even grandparents loved different moments, reinforcing my idea that Aardman is THE number 1 film company for the WHOLE family. 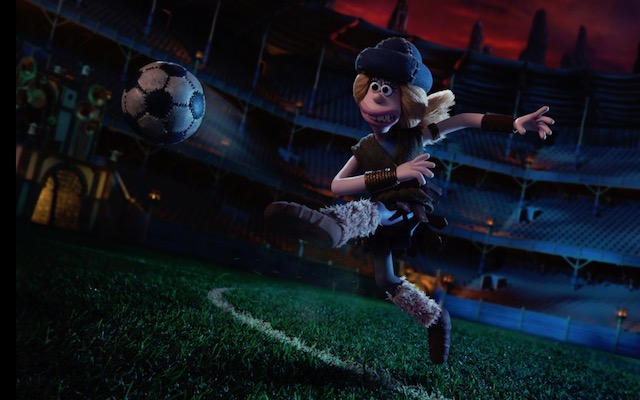 While the kids will love Nick Park’s own animal character HogNob and Dug, the mums will look at Goona (voiced by Game of Thrones Maisie Williams), the gallant and indomitable rebel, as the true valiant heroine who befriends the film’s hero Dug (Eddie Redmayne), and helps steer him through the clash of the Stone Age and Bronze Age civilisations. 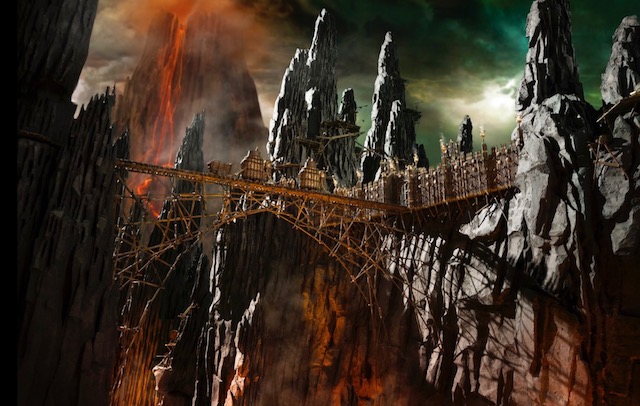 My football friend Jackie and I (who play in the same ladies’ football team) totally loved her and embraced her mission to get women’s football recognised. 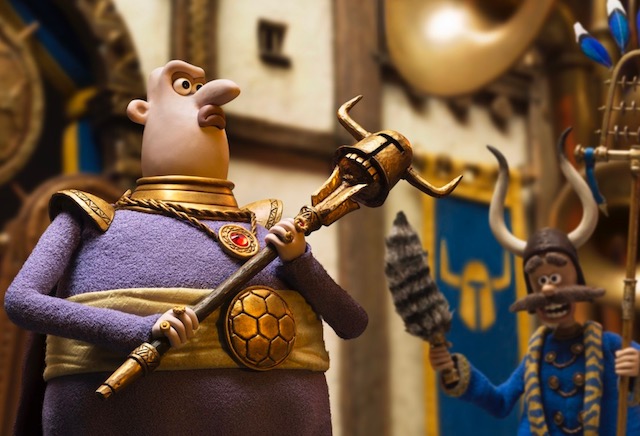 Tom Hiddleston is absolutely brilliant and almost unrecognisable in his French accent as the ridiculously pompous Lord Nooth, governor of the Bronze Age town – a money-loving tyrant and rival to the film’s Stone Age hero, Dug. Tom admitted that Early Man made him laugh out loud when he read it. Lord Nooth is larger than life in every respect.

If you are a big fan of Aardman you may be interested in reading these features:

This entry was posted on Sunday, January 21st, 2018 at 12:21 pm and is filed under Movies. You can follow any responses to this entry through the RSS 2.0 feed. Both comments and pings are currently closed.