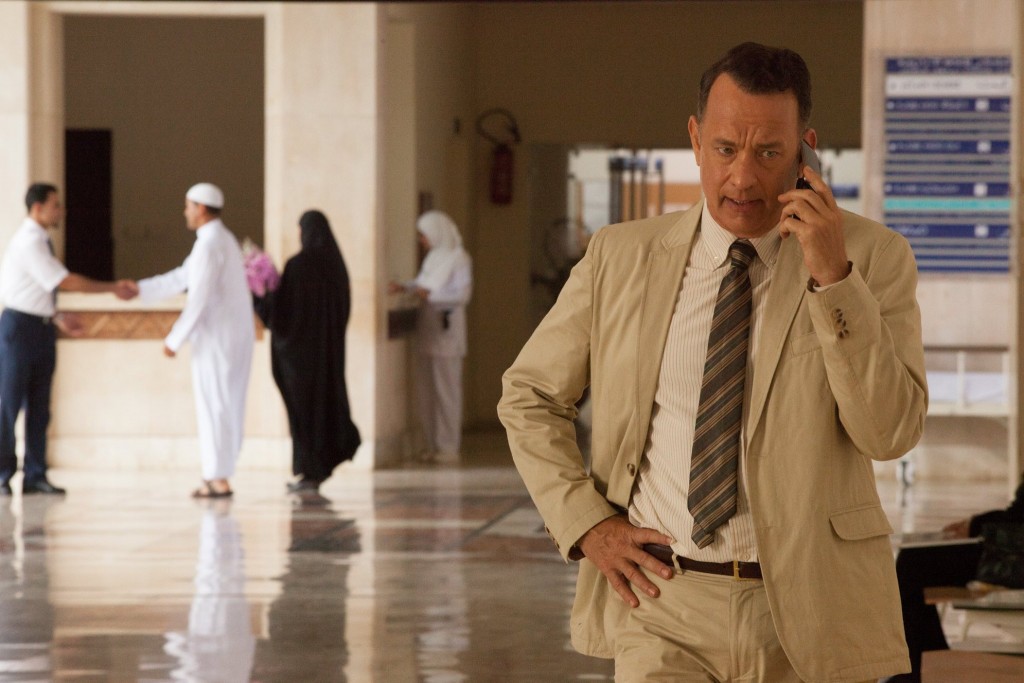 Businessman Alan Clay (Hanks) has been through a tough time.  His divorce has shattered him and he’s out of work after his previous company folded – on his watch.  So, having taken a job that’s well beneath him with an IT company, he’s put in charge of the team bidding for a lucrative contract in Saudi Arabia.  Which means a trip to the desert Kingdom but, once he gets there, he faces another set of obstacles in trying to land the business, as well as some health issues of his own.

Hanks is back to being his usual, likeable Everyman self, something he can do with both hands tied behind his back, so thankfully his back story gives him a bit more to chew on.  He’s haunted by a bitter divorce and by having to make everybody at his previous company redundant – as his father never fails to remind him every time they speak.  And now he has a health scare to contend with.  But, to the outside world, he’s Mr Positive, always smiling, friendly and looking for solutions, not problems.

And he’s not the only one who’s not what he seems.  While his team are in a giant tent in the middle of the desert preparing their presentation, Hanks is chasing his tail in Jeddah, from the outside a city like any other: skyscrapers, shops, restaurants.  It could be anywhere.  But he soon discovers it like nowhere else.  The people he deals with are exquisitely polite but, because he doesn’t understand their unfathomable methods of doing business, he’s stonewalled at every turn. 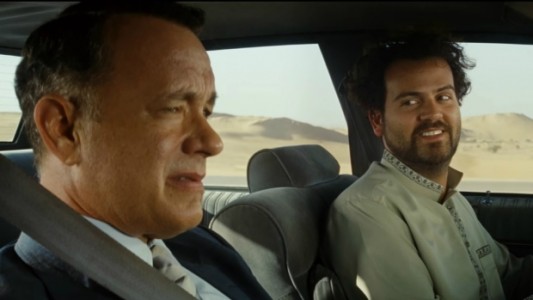 All of which is the film’s cue for plenty of cultural clashes and fish out of water moments, Hanks being the fish, of course.   He rents a car with a driver, Hassan (Alexander Black) who becomes his unofficial guide and interpreter.  The car’s a near wreck, with a nodding camel on the dashboard and Hassan plays all kinds of music from the West, such as Elvis, ELO, Chicago, not all of which is to Hanks’ liking.  Nor did it make it onto his Desert Island Discs list.   But the driver also has near perfect English and a very good understanding of Westerners.  The scenes between him and Hanks are highly entertaining and amusing, but sadly the character is all but written out of the second half of the film and it’s the poorer for it.

Despite the charms of the film, the plot wanders all over the place, so it all feels rather aimless.  There’s actually a number of promising stories knocking around, but most of them are under-developed, leaving it to Hanks – and Hassan, when he’s there – to keep the thing afloat.

And, if you’ve spotted Ben Whishaw’s name on the cast list and you’re wondering how he’s involved in proceedings, he’s playing the hologram.  And it’s a complete waste. 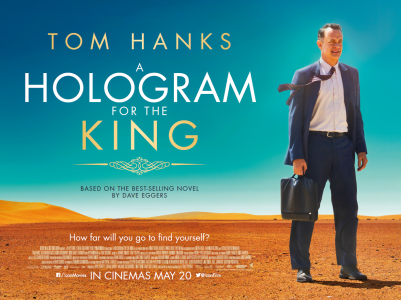 A Hologram For The King is little more than a wander round the desert in the amiable company of Tom Hanks.  How you feel about the actor will dictate how you react to the film.  True, it’s likeable, amusing and agreeable, but even Hanks can’t cover up that it’s also patchy, lightweight and nothing special.

A Hologram For The King is released in cinemas on Friday, 20 May and reviewed on Talking Pictures on Thursday, 19 May 2016.

Tags:  A Hologram For The King Alexander Black Ben Whishaw Chicago Desert Island Discs ELO Elvis Jeddah Saudi Arabia Tom Hanks
This entry was posted on Wednesday, May 18th, 2016 at 1:15 pm and is filed under Movies. You can follow any responses to this entry through the RSS 2.0 feed. Both comments and pings are currently closed.