After such a dramatic year, we all need a feline-good movie. The one that will bring a smile to us all has to be A Christmas Gift from Bob, the ‘purrfect’ Christmas sequel to the international hit film A street cat named Bob.

A Christmas Gift from Bob is also based on the true story of James Bowen and his best ginger furry friend Bob on their new journey together. It is scheduled for release in UK cinemas after 2nd December 2020 and is available on PVoD (Premium Video on Demand) now. 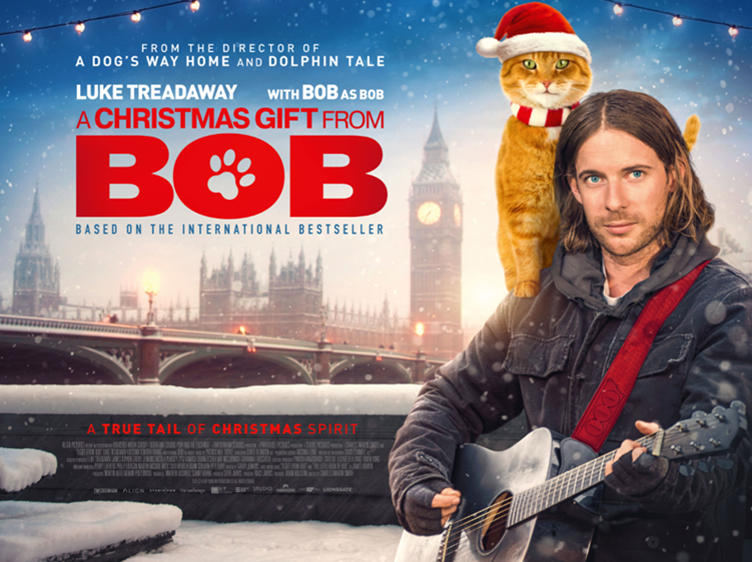 In A Christmas Gift from Bob, James looks back at the last Christmas he and Bob spent scraping a living on the streets and how Bob helped him through one of his toughest times – providing strength, friendship and inspiration.

Ultimately teaching each other about the true meaning of Christmas spirit along the way. Stars include Luke Treadaway, Bob the Cat (the real-life Bob died in June 2020), Kristina Tonteri-Young, Phaldut Sharma.  The movie was directed by Charles Martin Smith, written and Executive produced by Garry Jenkins.

This new flashback tale about James and Bob is the perfect family-friendly festive movie. It makes you reflect on how much we should treasure the little things in life and just be happy with friendship and simplicity. The pandemic and the forced lockdown should have taught us by now too. It also offers a child-friendly insight into poverty which helps parents face uneasy conversations about current issues. 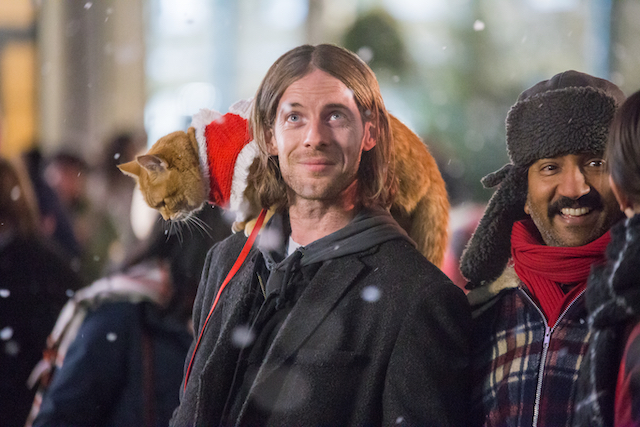 A Christmas Gift from Bob is not so much a sequel but another chapter in James and Bob’s story. It’s also a little slice of festive feel-good entertainment with an important moral.

This entry was posted on Friday, November 6th, 2020 at 4:02 pm and is filed under Movies. You can follow any responses to this entry through the RSS 2.0 feed. You can skip to the end and leave a response. Pinging is currently not allowed.