After a disappointing showing at the BAFTAs earlier this month, the team behind Birdman had launched a heavyweight campaign – and it paid off.  The black comedy about a washed-up actor trying to re-launch his career in the theatre positively soared.  It won four trophies, for Cinematography, Original Screenplay as well as Best Director and the top award, Best Picture.  By comparison, Boyhood found little love, winning just one statuette, for Best Supporting Actress which went to Patricia Arquette. 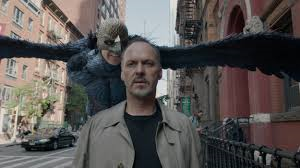 As far as the numbers game was concerned, Birdman had shared the most nominations – nine apiece – with The Grand Budapest Hotel and Wes Anderson’s loveable shaggy dog story also won in four categories – Hair/Make Up, Costume Design, Production Design and Original Soundtrack. 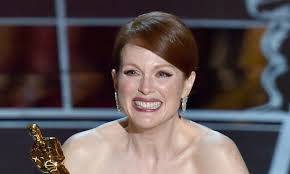 The other acting categories saw British success, with Eddie Redmayne taking Best Actor for his performance as Stephen Hawking in The Theory Of Everything.  Julianne Moore, as expected, won Best Actress for Still Alice, which is released in the UK early next month, and J K Simmons completed a clean sweep of Best Supporting Actor wins for his blistering turn in Whiplash.

Boyhood wasn’t the only film to have a disappointing night.  American Sniper, which had been a huge success at the box office, took just one trophy, for Sound Editing, while The Imitation Game had to settle for a solitary award as well, this time for Adapted Screenplay.  Bennett Miller’s drama, Foxcatcher, came away completely empty handed.

As for my predictions – well, I went one better than the BAFTAs.  I managed to predict all the main six winners correctly.  Although somehow I don’t think I’ll get an Oscar of my own!

The full list of this year’s winners can be found here.

Tags:  Big Hero 6 Birdman Boyhood Feast J K Simmons Julianne Moore Oscars Patricia Arquette Still Alice The Grand Budapest Hotel The Theory Of Everything Whiplash
This entry was posted on Monday, February 23rd, 2015 at 12:37 pm and is filed under Movies. You can follow any responses to this entry through the RSS 2.0 feed. Both comments and pings are currently closed.