At the start of the ceremony, Carol and Bridge Of Spies were ahead of the pack, with nine nominations apiece. By the end, Steven Spielberg’s Cold War thriller had one trophy, but the critically-acclaimed Carol was completely empty handed.

The film feeling the love on Valentine’s was The Revenant. It topped the leader board with five wins – Film, Director, Leading Actor for Leonardo Di Caprio, Cinematography and Sound. And nobody was in the least bit surprised. 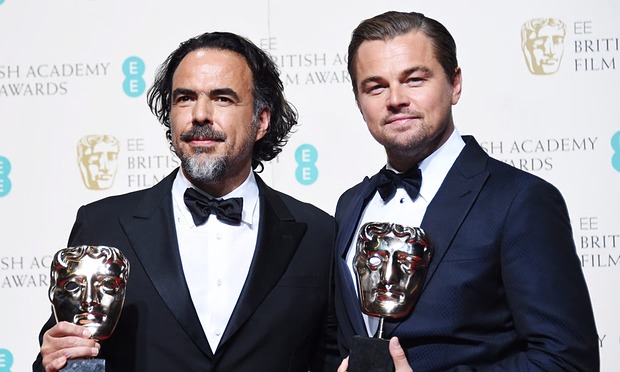 More unexpected was the film with the second biggest haul, Mad Max:Fury Road. It won Costume, Editing, Production Design and Hair And Make Up. Clearly popular with BAFTA voters, it hadn’t scored any nominations in bigger categories like Best Film or Best Director. Strange …..

Just one other film managed to win more than one gold mask, and that was Star Wars: The Force Awakens. BAFTA gave it Visual Special Effects, while the British cinema going public voted for John Boyega in the EE Rising Star category. 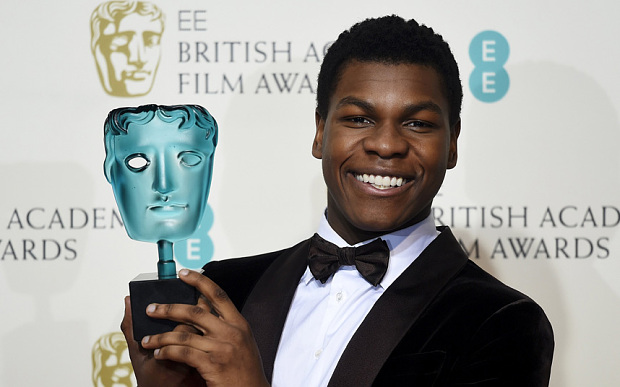 Among the other awards, Leading Actress went to Brie Larson in Room, while there was a brace of Brits in the Supporting categories: Kate Winslet for Steve Jobs and Mark Rylance for Bridge of Spies. Spotlight took Original Screenplay, The Big Short received Adapted Screenplay and Animation was, again unsurprisingly, Inside Out. Outstanding British Film was Brooklyn.

Any my predictions? Well, giving my crystal ball a good polish paid off. I tipped six categories and only slipped up in one, Best Supporting Actor. I’d expected to see Idris Elba win for Beasts Of No Nation, but I can’t argue with BAFTA’s choice of Mark Rylance. Now all I have to do is make sure I get a full house with my Oscar predictions at the end of the month!

Tags:  BAFTA Beasts Of No Nation Bridge Of Spies Brie Larson Brooklyn Carol EE Rising Star Idris Elba Inside Out John Boyega Kate Winslet Leonardo Di Caprio Mad Max:Fury Road Mark Rylance Room Spotlight Star Wars:The Force Awakens Steve Jobs The Big Short The Revenant
This entry was posted on Monday, February 15th, 2016 at 3:24 pm and is filed under Movies. You can follow any responses to this entry through the RSS 2.0 feed. Both comments and pings are currently closed.