The most prestigious category has been remarkably fluid this year. Spotlight started the season as favourite, but it was all change when it came away empty handed from the Golden Globes and the momentum switched to The Revenant. Since the Producers Guild of America chose The Big Short as its Best Film, the comedy is now a stronger contender, even though comedies don’t have much of a winning track record in the big awards. So what’s going to win the BAFTA?

Should win                Spotlight, for me, is easily the most complete film of the five nominees, and is more than worthy of a gold mask. But while it’s an outstanding piece of film making, it doesn’t have the media appeal of its main competitor. And that difference could turn out to be crucial

Will win                      How do you compete with a marauding bear and eating buffalo liver in a starkly dramatic landscape? It’s unlikely that any of this year’s Best Film contenders can. The BAFTA is The Revenant’s for the taking.

Inexplicably, BAFTA didn’t include Spotlight’s Tom McCarthy in its nominees, replacing him with Ridley Scott for The Martian. Otherwise, it’s the same line up as for Best Film. That doesn’t necessarily make it easier to predict, but the recent Directors’ Guild ceremony is a big indicator for both BAFTA and the Oscars.

Should win                Todd Haynes would be a worthy winner for his labour of love, Carol, especially as it has the added advantage of being classed as a British film. A truly heady and intoxicating brew about the power of love, it’s beautiful film making and Haynes deserves the recognition.

Will win                      In last year’s battle between Birdman and Boyhood at the BAFTAs, Alejandro Inarritu came second. This year, there’s the feeling that it’s his turn and, together with his Directors’ Guild win makes it look even more likely that the trophy is heading in his direction. A win for home grown favourite, Ridley Scott, would go down a storm, but it’ll be Alejandro Innaritu for The Revenant.

This is one of the easier categories to predict, and that’s no disrespect to the other four nominees. As in previous years, one performance has swept all before it and 2016 doesn’t look like bucking that trend.

Should win                Leonardo Di Caprio for The Revenant. His performance stands apart from the others because of the demands it places on him as an actor. While the others have the comparative luxury of plenty of dialogue, he has to communicate with his body and primitive noises.

When BAFTA announced its nominations, the biggest shock came in this category. Charlotte Rampling, whose shattering performance in 45 Years had been seen as a shoo-in for a nomination, if not the trophy itself, didn’t feature. Despite 45 Years getting a Best British Film nomination and Rampling receiving a subsequent Oscar nod, the fact remains that BAFTA got this one badly wrong. And that means this category is likely to be a mirror image of Leading Actor.

Should win                Brie Larson for Room. Despite all the praise heaped on it, Lenny Abrahamson’s claustrophobic drama only scored two BAFTA nominations, for Larson and Best Adapted Screenplay. Larson is currently the bookie’s favourite, despite competition from Saoirse Ronan for Brooklyn.

Will win                      BAFTA has included a Brit in this category, this time Maggie Smith for The Lady In The Van, who won at the Evening Standard Film Awards on Sunday. She’ll get a big round of affectionate applause at the BAFTAs, but it’s unlikely that she can halt the front runner’s momentum. Larson it is. 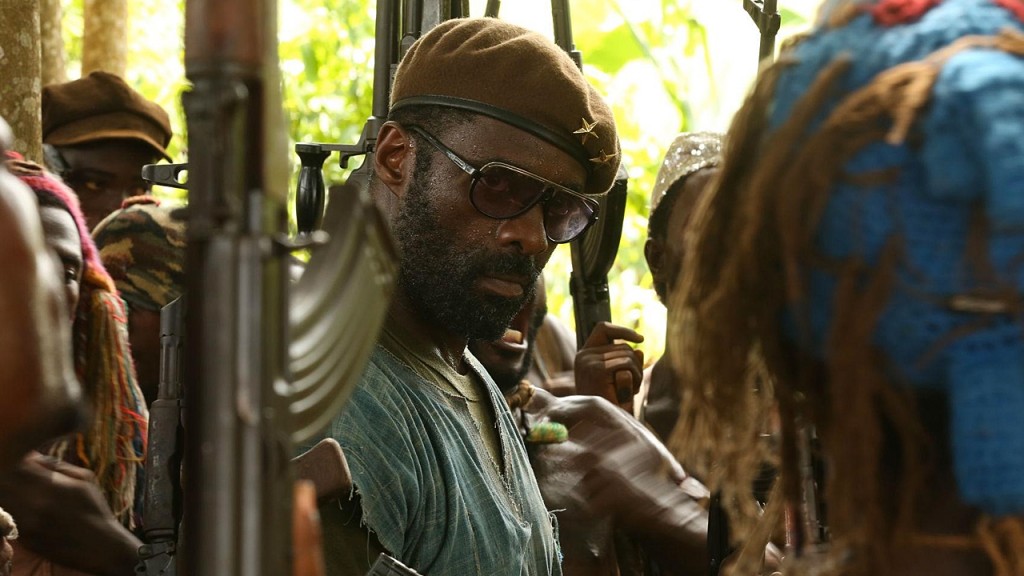 The most competitive of the acting categories this year, this is packed with top notch performances with little more than a whisker between them. Any one of them would make a worthy winner and, as there’s an unsurprising lack of a nomination for Sylvester Stallone, the door is wide open.

Should win                It’s been a huge year for Mark Rylance, with both Wolf Hall on TV and Bridge Of Spies in cinemas. He should walk off with the trophy because the film essentially hinges on his performance.

Will win                      Although Rylance would be a popular choice, I’m predicting that the award will go to Idris Elba, who scooped two Screen Actors’ Guild awards just a week ago and an Evening Standard Film Award at the weekend. His performance in Beasts Of No Nation was overlooked by the American Academy, but not by BAFTA.

This is essentially a two actress race, between Rooney Mara for Carol and Kate Winslet in Steve Jobs. The others – Jennifer Jason Leigh, Alicia Vikander and Julie Walters – are, sadly, also-rans. So who will it be?

Should win                Rooney Mara’s role in Carol isn’t really a supporting one, but going head to head with Cate Blanchett in the Leading Actress category would have made no sense. Mara also currently the bookies’ favourite for a beautifully subtle piece of acting. But a BAFTA favourite?

Will win                      Kate Winslet, on the other hand, is an Academy favourite on both sides of the Atlantic and in Steve Jobs she delivers her best piece of work for some time. She lost out to Alicia Vikander in The Danish Girl at the Screen Actors’ Guild – another instance of a leading role in the supporting category – but I can’t see her losing at BAFTA.

So, there you have it! Assuming my crystal ball is firing on all cylinders, it’ll be a big night for The Revenant with most – but not all – of the awards following the form book. But that does mean that some very superior films could miss out, most notably Spotlight and Carol.

The full list of nominations can be found here. The BAFTA ceremony is screened on BBC1 on Sunday, 14 February at 9pm.  And don’t forget to come back to London Mums afterwards for my round-up of the winners, losers and surprises.