Fan favourites Dwayne Johnson and Emily Blunt join forces in Disney’s Jungle Cruise for a rollicking thrill-ride down the Amazon.  To help you visualise the latest family flick coming out of Disney, think about Pirates of the Caribbean meets Indiana Jones and the Raiders of the Ark.

Disney’s Jungle Cruise releases in cinemas and on Disney+ with Premier Access on 30 July 2021. 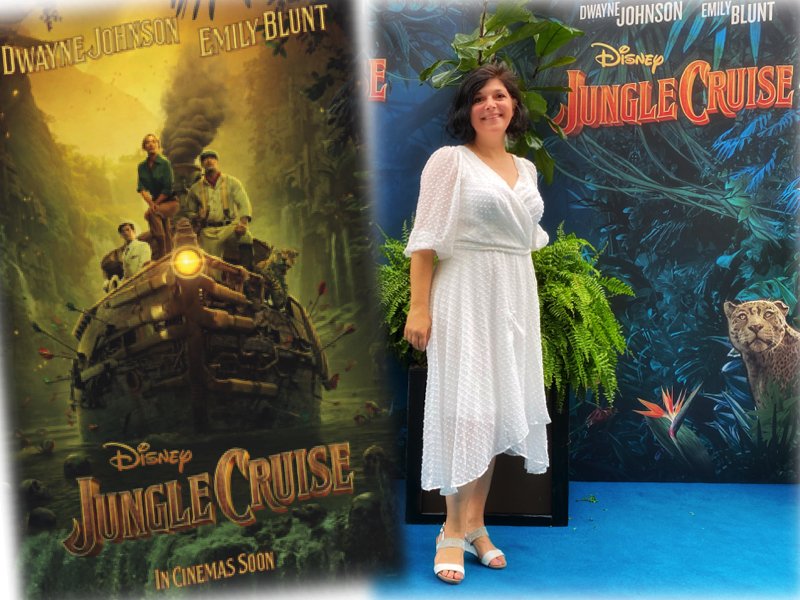 Inspired by the famous Disneyland theme park ride, Disney’s Jungle Cruise is an adventure-filled, rollicking thrill-ride down the Amazon with wisecracking skipper Frank Wolff and intrepid researcher Dr. Lily Houghton. Lily travels from London, England to the Amazon jungle and enlists Frank’s questionable services to guide her downriver on La Quila—his ramshackle-but-charming boat. Lily is determined to uncover an ancient tree with unparalleled healing abilities—possessing the power to change the future of medicine. Thrust on this epic quest together, the unlikely duo encounters innumerable dangers and supernatural forces, all lurking in the deceptive beauty of the lush rainforest. But as the secrets of the lost tree unfold, the stakes reach even higher for Lily and Frank and their fate—and mankind’s—hangs in the balance.

The film, which is set during the early 20th century, one of my favourite periods in movies, follows the adventures of a riverboat captain who takes a British scientist and her brother on a mission into a jungle to find the Tree of Life.

The action-adventure that follows is inspired by the longtime Disney ride of the same name. You can expect such an action dense pace with no down moments that feels like an actual theme park ride.

This is its strength but also its weakness at the same time.

A movie with too much action and little pauses is certainly appealing to the current generation of youngsters who have a short attention span but less so to 40+ parents who are used to enjoy movies with a better and balanced rhythm such as Back to the Future (trilogy). 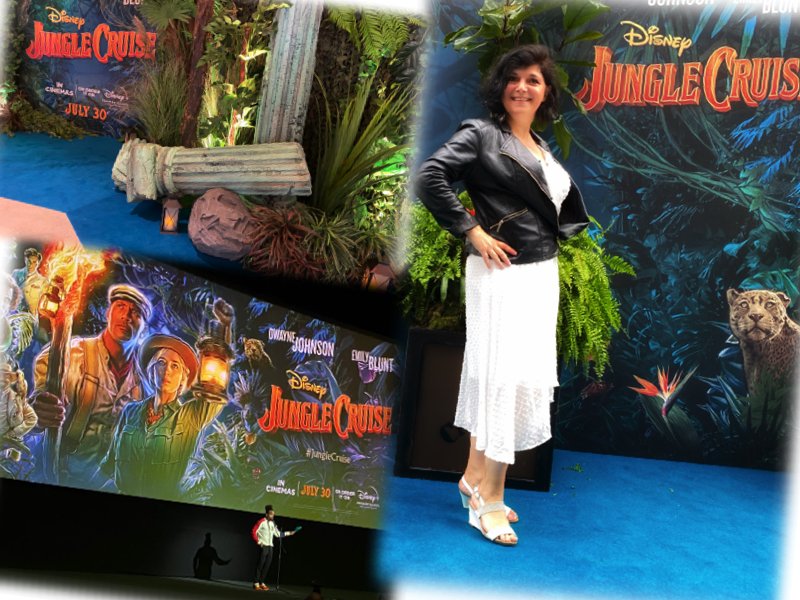 Despite loving the unlikely couple of Dwayne Johnson aka The Rock and Emily Blunt (Mary Poppins), the chemistry between them is not great. They are amazing actors in their own right but their on-screen romance is 00quite forceful.

I have mixed feelings about this movie. I looked forward to going back to the cinema but maybe I would have preferred a calmer film on the big screen. But the child reporters and teenagers in our group really enjoyed the special effects and non stop adventures.

This entry was posted on Wednesday, July 28th, 2021 at 10:00 am and is filed under Movies. You can follow any responses to this entry through the RSS 2.0 feed. You can skip to the end and leave a response. Pinging is currently not allowed.