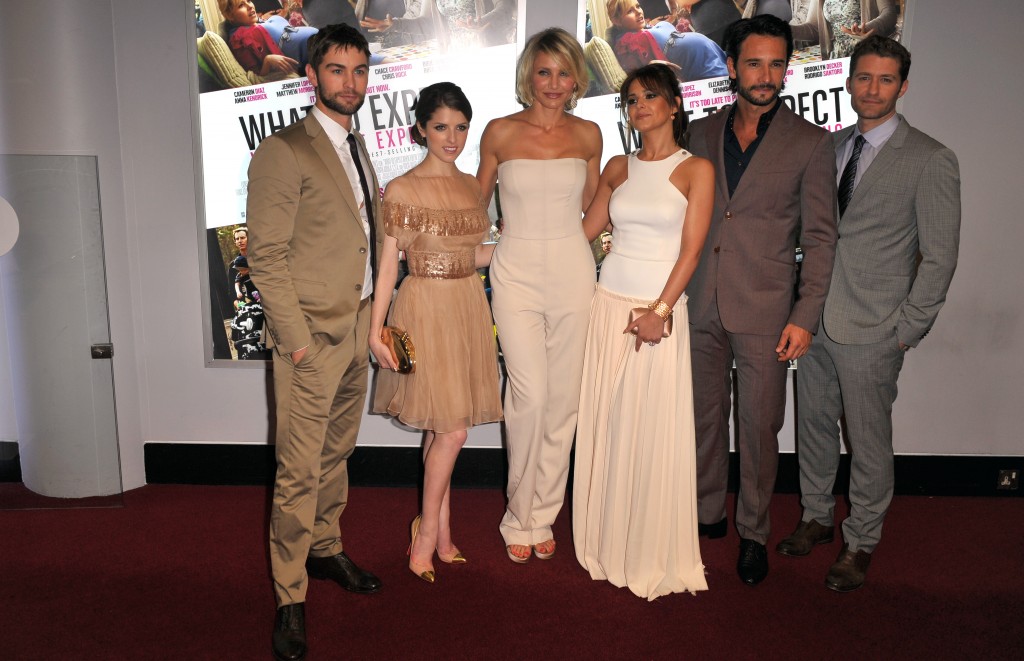 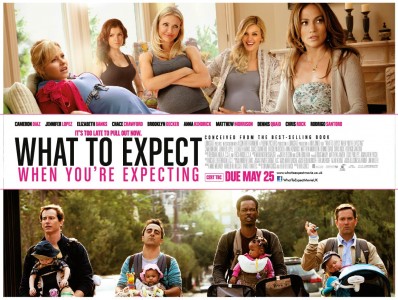 What about the script drew you to the film? 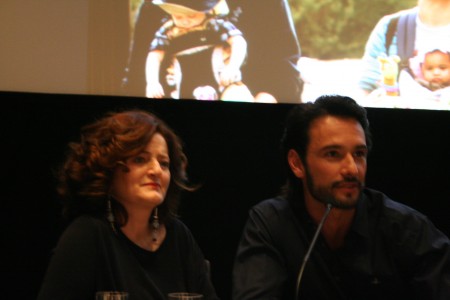 RS: I didn’t know what character they were thinking for me and then I really enjoyed the storyline. I know people who have adopted but I didn’t know how I would feel in that position. So it was really interesting for me to get into the part and find out more about it. I think that Alex also represents so many guys all over the world who are really scared to commit to the life-changing experience of becoming a father.

MM: I actually didn’t like the script. I got to dance with Cameron Diaz, that’s what attracted me to the film! (Cheeky smile) 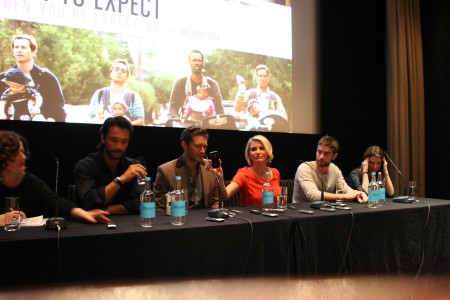 CD: At first I was unsure how the writers were going to take this scientific book and turn it into a film. But when I read it I thought that they did it very gracefully and with humour.

CC: I thought that my storyline would be with Matt, so when I found out it was with her (points at Anna Kendrick) obviously I was very disappointed. No, really – making the film was a lot of fun.

AK: I was pleasantly surprised when I got the script. I thought I knew what it was going to be like but actually the film doesn’t shy away from more difficult issues, especially with our storyline. I thought that the way it dealt with our characters’ situation was candid and brave. So, I was impressed that a light film would address serious issues.

Cameron, can you tell us about you experience of being ‘pregnant’? And has it changed your attitude to children?

CD: The prosthetic was amazing – it was really a work of art. It was sculpted so it would fit and look like it really belonged to my body which is why it was so convincing. But filming in Atlanta, Georgia in August made it quite swampy. (Adopts southern accent) ‘I don’t know if y’all know what swampy means here ‘cos you don’t got swamps’. But you can guess, I’m sure. And, to the other question. I’m nearly 40, I didn’t have to do a movie to inform me on how I feel about children. I kinda know already. I love children. I’ve been an aunty for 15 years, I have three nieces and a nephew. I’m part of The Village that has helped to raise many children. I want my own family when it’s time for me and I would welcome it however it would come whether it’s from my own body, or I adopt a child or my partner has a child – I welcome children in my life. So we’ll see what happens. 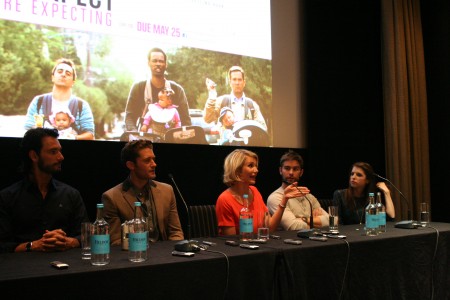 In the last scenes of the film there are lots of babies. What was it like to work with them?

RS: Our kids were great. They were twins. We had this great wrangler on set! She had this amazing toy and if it looked like one of them was going to start crying she would come up and shake this toy and everything would be fine. I told her she should sell it. So, the kids were lovely to work with – we didn’t really have any problems. The scenes with the slightly older babies in the park were interesting. We were in Atlanta so it was really steamy, everyone was sweating a lot. The babies would be brought in at the last minute and we would have an hour and half with them per day. Some of the sections where there are close-ups of our faces were shot without the babies there.

MM: We were working with 14-day-old babies and with them you get maybe 15 minutes at a time…

CD: I think it was even a little less than that. Especially when we were filming the birth scene because the babies are supposed to look wet so they were covered in gelatine – which made them really slippery! But the amount of time the babies spent filming was very tightly controlled. People stood behind the camera looking at their watches and as soon as we hit our limit they came straight in and swaddled them.

How was the atmosphere on set? 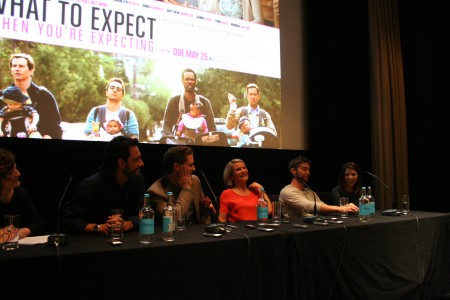 CD: Well, Matt and I filmed on our own so we really didn’t see the others. It seems like we missed out!

RS: I hung out with the guys who are in the park scene a lot – we were shooting for two weeks so we went out for dinners, and Chace joined us a couple of times. We really had a blast. Jennifer [Lopez] and I only met two days before filming started so we had to come up with this easy chemistry between our characters. We talked about it a little bit and then she said that we didn’t have time to build a whole history up so we should just have fun with it. It was great – she’s really down to earth and incredibly easy to work with.

What did the director, Kirk Jones, bring to the film?

CD: He had the most difficult job which was to weave all these stories together and make them feel like they had relevance to each other. He made it so that you switch from one storyline to another and it still feels like you’re watching the same film. I think that he did that amazingly. He also brought a sense of humour and patience. 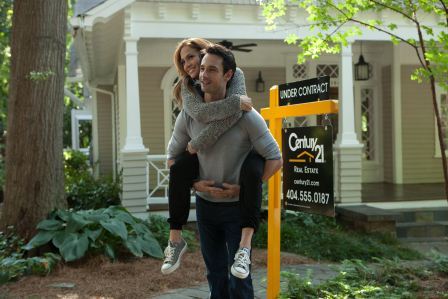 Cameron, one of the things that appeals to women about being pregnant is that they can eat as much as they want for nine months. I’m guessing this wasn’t really your experience of being ‘pregnant’?

CD: Well, personally, if I was going to be carrying a baby around and then giving birth I would want to be the healthiest I have ever been. It’s the hardest thing that you could ever ask your body to do. But while filming this… Well, we were in Atlanta. My favourite food is fried chicken. Atlanta is the home of fried chicken. So we indulged in a lot of fried chicken. I was also working out a lot too.

Do you get fed up being asked the ‘Why don’t you have children?’ question? And does it frustrate you that men don’t get asked the same thing?

CD: It’s a funny thing in our culture and our society to ask women, especially my age, why they don’t have children. I think that what the film illustrates so well is that having a baby will really change your life. A lot of people seem to have children because they think it’s what they should do and then they realise how life-changing it is. For me, I always knew that it changed your life and I’ve enjoyed my life. I wouldn’t want to change how I’ve lived it. I think sometimes it makes people who have followed the more popular paths in life uncomfortable when they see that other people haven’t made those decisions. I think they want to know why I haven’t made the same choices. 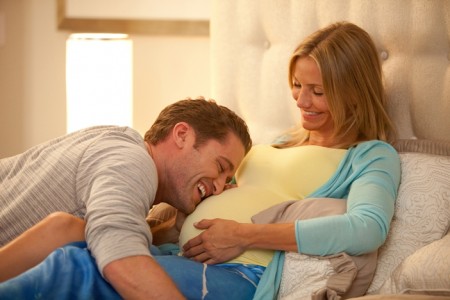 Maybe because it shows that not everybody has to make those choices to be happy. Anyway, I choose to live this way. And, it doesn’t frustrate me that men don’t get asked that but I do find it interesting. Also what this movie illustrates is that you can have a family in so many different ways. There are plenty of children out there in the world that need to be loved. Someone may be able to give birth to a child but they may not be able to give love to one. I know that I can give love to a child at any time, even if I can’t give birth to one.

Cheryl Cole says she had a lot of fun on set. How was your time with her? And how did you find her accent?

CD: I think she did a really great job. We had a blast, it was so much fun. And yes, I understood everything she said!

MM: I come here a lot and you can’t leave without seeing a picture of her face on the front of a magazine. So it was really nice to meet her and experience her as a human being. She was so sweet and lovely and really professional.

Matthew, you’re obviously known best as Mr Schuster in Glee. Do you hope that after this film people will see you as an actor outside of that role? 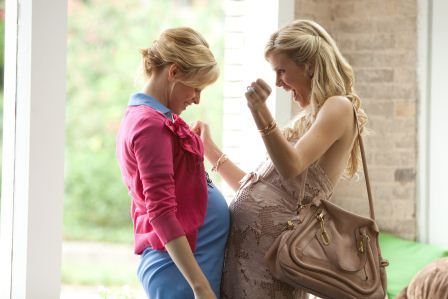 MM: I know they won’t. (Shakes his head in mock-sadness)Yeah – I hope so! I’m not going to lie, this character wasn’t a huge stretch or anything. I would love to do some roles that challenge me more as an actor. But, I really love making films. I love that you get the script and there’s a beginning, a middle and an end so you can see where your character is and where he ends up. I really love the process of making films and I hope to do more.

Could you tell us a little about the dance routine at the beginning? Was it difficult?

CD: He’s a professional. He danced on Broadway. So I just followed what he did. I let him be the boss. It was as I imagine dancing with Gene Kelly to be.

MM: It was interesting because I learnt the dance in LA and she learnt it in Atlanta so we only had about four hours to put it together before filming. That was a little challenging. The funniest part for me was when she had to wrap her legs around me and I spun her around. I told her ‘Told on tight, I don’t want to lose you’, but I couldn’t breathe. Her legs are so strong!

Chace and Anna, you play cooks in the film, do you have signature dishes that you like to make at home?

CC: I’m good at oatmeal and I can scramble some eggs! Impressive, I know.

AK: No, I couldn’t cook to save my life. Although I can bake a flourless chocolate and hazelnut torte with a spiced caramel sauce. Oh yeahhh…

Read our review of this movie here https://londonmumsmagazine.com/2012/what-to-expect-if-you-go-to-see-what-to-expect-when-youre-expecting

Watch the stars in the flesh at the UK press conference for the movie release and make up your mind on who is the hottest ‘daddy’ in town! Post your vote either here or on twitter or on our facebook group.

Tags:  celebrity film reviews hollywood stars movies Precious Babies pregnancy
This entry was posted on Friday, May 25th, 2012 at 9:37 pm and is filed under Movies. You can follow any responses to this entry through the RSS 2.0 feed. You can leave a response, or trackback from your own site.