Exclusive chat to Lizzie Waterworth-Santo (the voice of Horrid Henry) 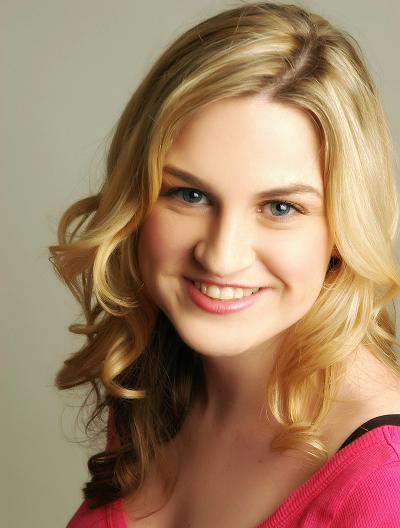 How did you start in voice acting?

I knew I wanted to do voice-overs after  first watching the film Mrs Doubtfire. It was while I was doing an “English, Language and Communication” degree at Kings College, London, when a voice actor overheard me doing silly voices and accents and they somehow managed to get me an audition for an American Nickelodeon  cartoon called “Four Eyes”,  I got that job,  then got an Agent, and still in the business 17 years later!

What do you enjoy the most about voicing male characters?

My favourite part of voicing boys particularly is creating (along with the director of the show).the voice  from scratch based on the info i have about the character. How old are they? Should they sound cute or mischievous?  Once the character is in my head, it’s always exciting to then bring it to life through my voice in a recording studio. That is when the magic happens.

What are the biggest challenges in voicing animation characters?

Dubbing a character in foreign language cartoon eg French into English can present challenges. The timing of your  lines have  to match the original actor’s voice timing perfectly or the animation will go out of sync , so if the actor you’re dubbing speaks particularly fast or slow, you have to stick to their timings whilst making sure your performance sounds as natural as possible. Also, playing loud or shouty children can make your voices strained or tired so you really need to look after your voice by doing voice exercises before sessions,  and drinking lots of water!

How difficult is it to move on from being the voice of Horrid Henry? 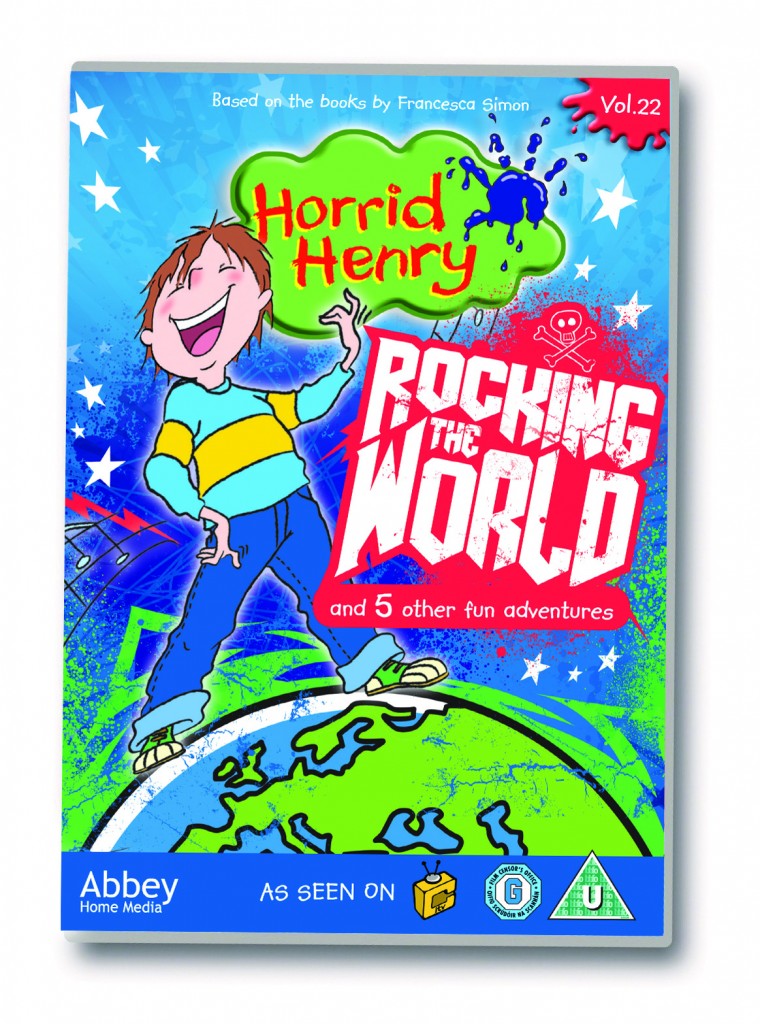 I love playing Henry, he’s is a brilliant character. The show is still going strong since we started recording back in 2006 and series 5 is already being aired on Netflix as well as Nickelodeon. I’m lucky though that each role I play, boys, girls or adults, is always different, challenging and fun. I have loved playing Mungo in Strike as he’s so relatable to children, he wants to do the right thing for his family, but has his own dreams.  I recently played Kat and Alfie.s son in the Eastenders podcast which was great fun, so you never know what the next job be which keeps me on my toes.

What advice would you give to children who want to become voice actors?

Being a voice actor is very competitive, you have to audition for every role.My advice would be to ask yourself what makes your voice stand out from others?  Can you do accents? Can you do different voice styles? Work hard in all subjects and Keep practising and be confident in your strengths and then reach out to agents or drama schools for advice on how to get a show reel together to showcase all your voice to casting directors.

It sounds cheesy but I do feel like I have my dream job so I feel very lucky. A dream of mine would be to finally win a BAFTA. Some of the shows I’ve been in have been nominated so I’m hoping one day I shall finally take one home! An extravagance would be to have Mary Berry on speed dial as I’m hopeless at baking cakes! 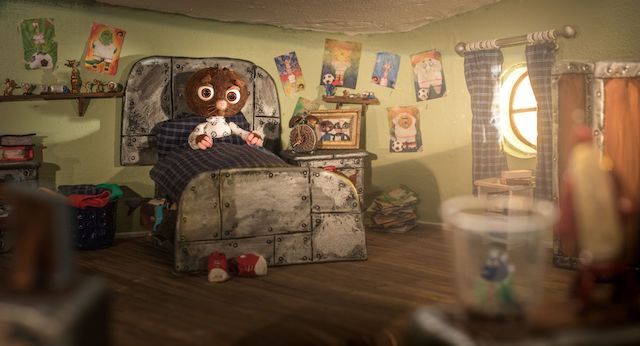 What are you up to at the moment for work?

I’m in a lovely new animated pre school show called Tiinpo, currently airing on CBeebies and I’m working on a series called “Mush Mush and the Mushables” which is due to come out next year on Boomerang. And I will be working on a Horrid Henry project later this year,  which I can’t say too much about, but watch this space!

If you could buy and live in any building in London which would it be?

I’d choose the fabulous independent Prince Charles Cinema in Leicester Square . I’ve spent many hours watching old films there and love the atmosphere. I don’t know anywhere else in London where you can you spend a Tuesday afternoon watching classics like Labrynth or The Princess Bride on the big screen! 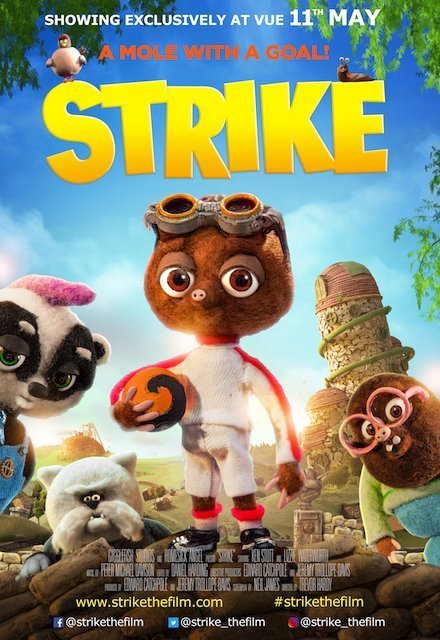 Mungo Morrison is a young mole who is due to begin work at his proud father’s side in their hometown’s legendary gold mine. While his best friends are excited to be in the mine, Mungo secretly dreams of becoming a professional footballer. 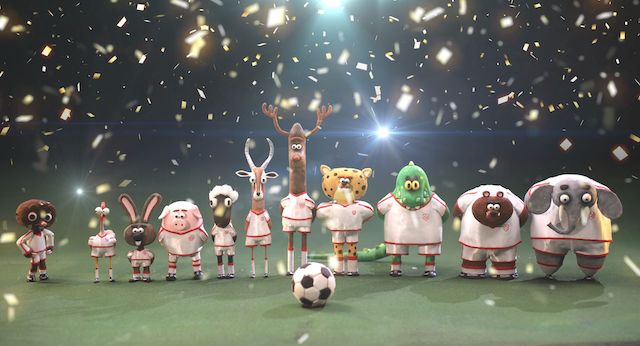 However, desperate not to upset his father, as well as being a small mole and unable to play football in bright light, Mungo sadly resigns himself to life as a miner. When the mine is forced to shut down after a mysterious accident, an evil and gold-obsessed supervillain known only as ‘The Boss’, attempts to bully the townsfolk into selling him the mine. 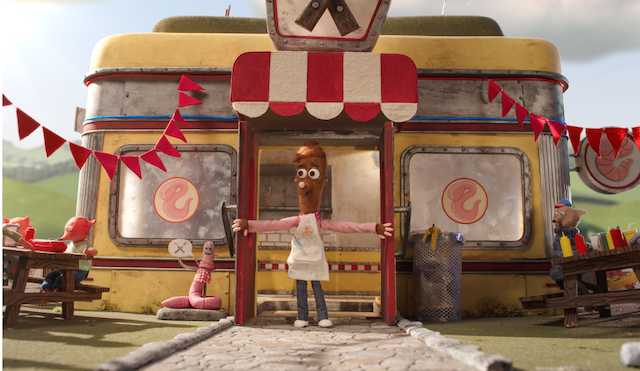 Against all odds and with a little help from his whacky friends, Mungo begins an epic adventure of thrills, laughs, action and peril, as he hurtles towards the Wild Cup football finals in Russia and a final, breathtaking showdown with ‘The Boss’.

STRIKE exclusively at Vue Cinemas from 11th May 2019.

This entry was posted on Monday, May 6th, 2019 at 11:05 am and is filed under Movies. You can follow any responses to this entry through the RSS 2.0 feed. Both comments and pings are currently closed.