I could not go and see Sing Street in cinema when it came out in May so I am glad the DVD release is now available for review so soon. It’s a great film with a lovely storyline and amazing soundtrack, that brought me back to being a teenager in the Eighties. Admittedly after the recent blockbusters and super heroes releases, I was glad Sing Street brings a wind of change. Sing Street is available on DVD and Blu-Ray on 8 August 2016 and on Digital Download on 1st August. 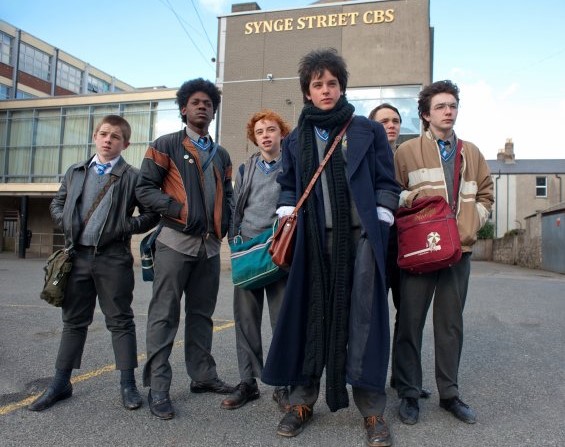 When his parents can no longer afford his private education, teenager Conor (Ferdia Walsh-Peelo) has to change schools.  This is mid-80s Dublin, knee deep in recession, and his parents’ marriage is noisily crumbling before his eyes and ears.  His sister’s in college and his older brother Brendan has dropped out of college to do very little.  Conor’s new school is rough, he doesn’t fit in and needs an escape.  Then he becomes fascinated with would-be model, Raphina (Lucy Boynton), pretends he’s in a band to impress her and has to form one when she calls his bluff.

The film comes from director John Carney (Once, Begin Again) and he’s back to doing what he loves most: making a feelgood film where the music plays an important part.  This time he’s also on his home territory of Dublin, specifically Synge Street.  Or, as the band call themselves, Sing Street.

His stock in trade is showing how music can lift lives out of the ordinary and turn them into something special, and that’s precisely what he’s doing here.  So it’s idealistic in its outlook and, despite all the main characters being teenagers, it’s also innocently romantic in a very charming way.  But only up to a point.  Because he also takes care to include some reality checks.

There’s Conor’s parents, constantly at loggerheads: his father can’t get a job, his mother is down to three days a week and the lack of money is the final straw.  No wonder the boy escapes into his band and his adoration of the glamorous Raphina.    And then there’s the idyll of the young couple leaving Ireland for Wales, in a little power boat and in brilliant sunshine.  It’s just 30 miles across the water but, a few miles out, they hit a storm, all choppy waters and lashing rain.  They’re soaked and nearly run into the main ferry.  It’s not so romantic now. 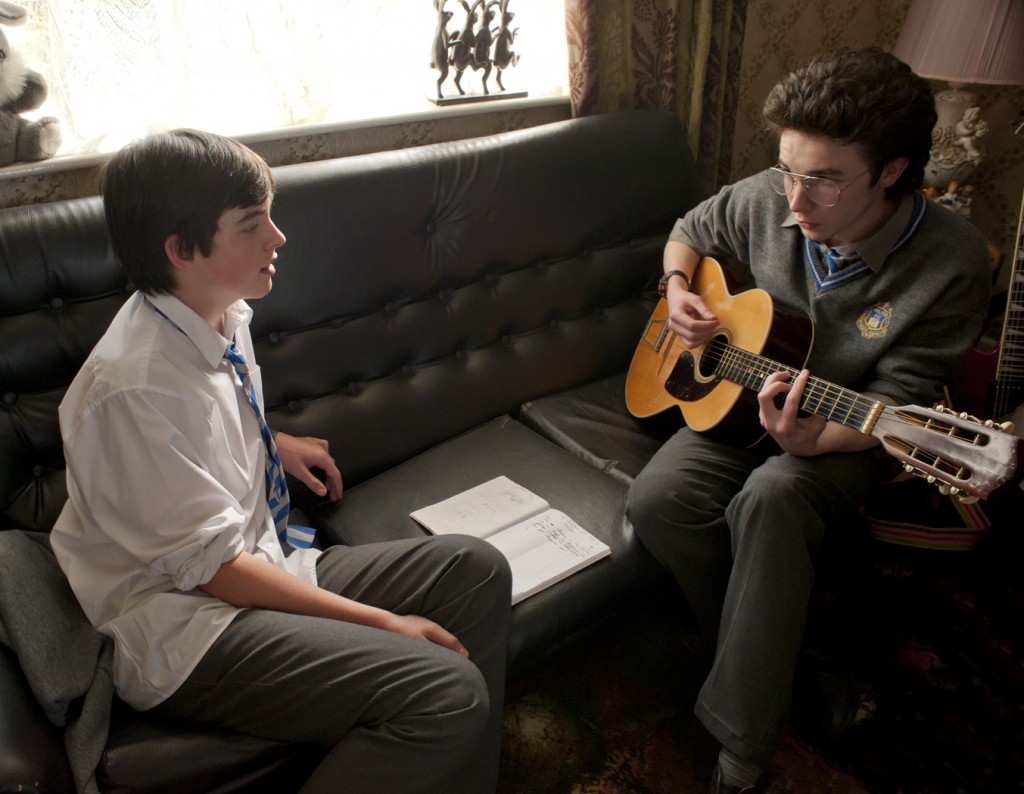 The soundtrack is terrific.  Music from the 80s like The Jam, Duran Duran and Joe Jackson, but there’s more – the band’s own songs.  They’re all composed by Carney and sung by Walsh-Peelo and it’s almost impossible not to strum your fingers along to them.  Nor can you resist the way Conor changes his dress style to match the band’s musical phases.  Initially, he’s a terrible singer, but gets better with each song and remains the front man.  The other main man in the band in Eamon (Mark McKenna) who plays a multitude of instruments – guitar, keyboard, drums, just about anything – and, outside of music, is obsessed with his rabbits.  Even when they do what they shouldn’t on his bed. 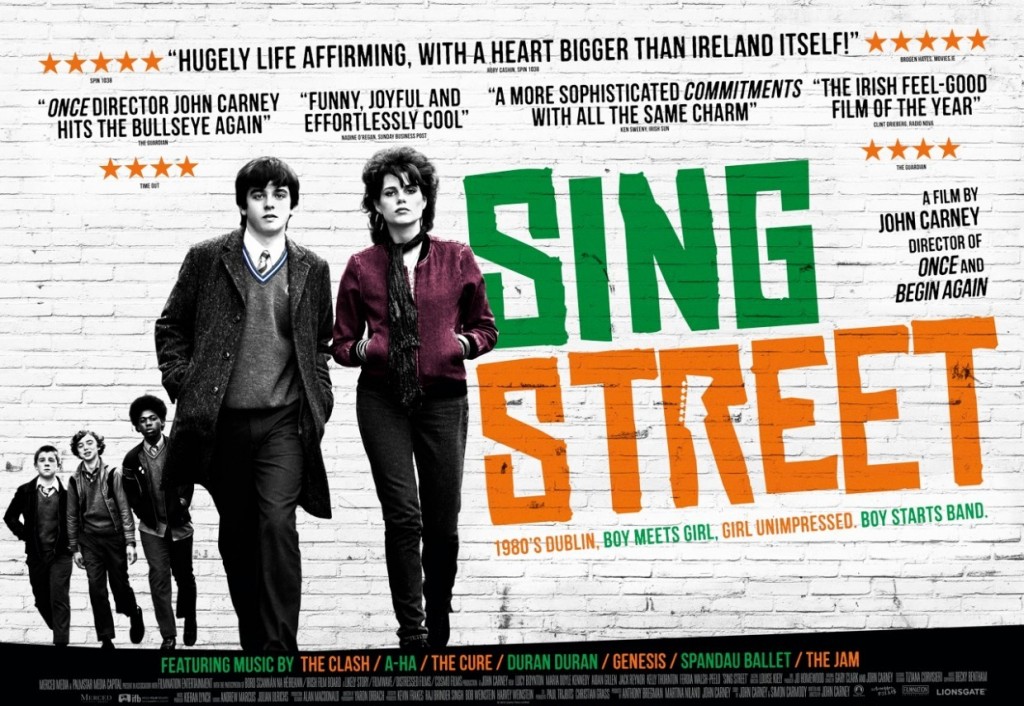 If you remember Alan Parker’s The Commitments (1991), this is the teenage version, complete with fresh faces and an attitude to match.  While there’s nothing very new here, it really doesn’t matter, because it all fits together perfectly in a way that engages the audience to the point of entrancing them.  You’ll have a smile on your face and a song in your heart when the film is finished.

This entry was posted on Thursday, July 28th, 2016 at 11:05 am and is filed under Movies. You can follow any responses to this entry through the RSS 2.0 feed. Both comments and pings are currently closed.