Based on Jordan Harrison’s Pulitzer-nominated play, Marjorie Prime is an exploration of memory and identity, love and loss, featuring stellar performances from its all-star cast including . Marjorie Prime is out on Blu-Ray, DVD & Digital HD on Monday 29th January 2018. 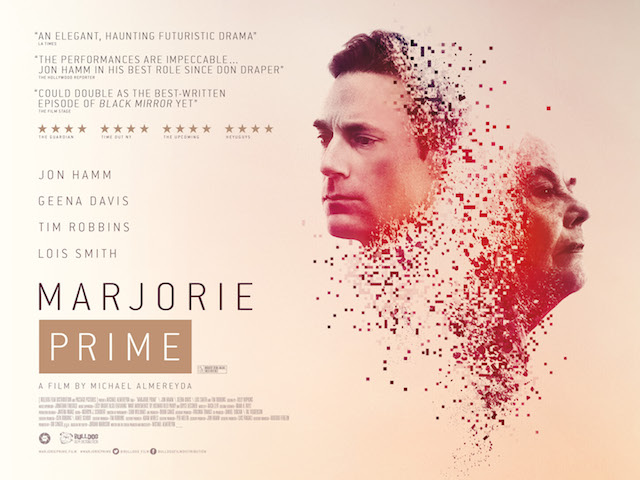 In the near future, a time of artificial intelligence: 86-year-old Marjorie (Lois Smith – East of Eden) – a jumble of disparate, fading memories – spends her final days with a computerised handsome version of her deceased husband Walter (Jon Hamm – Mad Men). This is a Prime, a holographic simulation programmed by Marjorie’s daughter (Geena Davis – Thelma & Louise) and her husband Jon (Tim Robbins – The Shawshank Redemption) to feed the story of her life back to her. The Prime is used to help Marjorie recount their life together and relies on the information from her and her kin to develop a more complex understanding of his history. 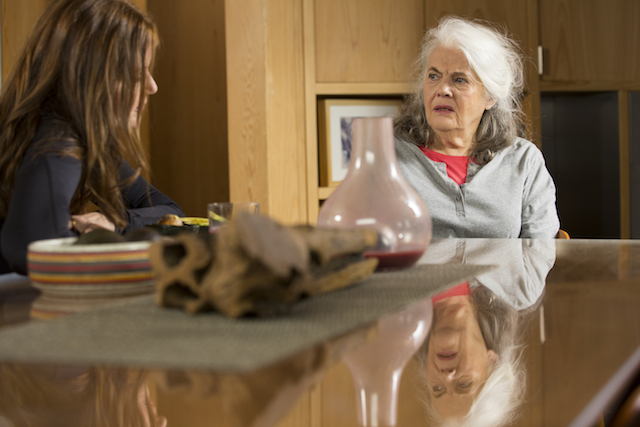 But as their interactions develop it becomes clear that each of them has a very complex relationship with their shared histories, with each other, and with this new technology they’ve invited into their home. The family begins to develop diverging recounts of their lives, drawn into the chance to reconstruct the often painful past.

Marjorie Prime‘s main theme is extremely current: we live for longer but we need to cope with mental health problems for longer. Marjorie and her family’s story is extremely topical. Marjorie is 86 (she is played by amazing Hollywood actress, 87-year-old Lois Smith, who starred in East of Eden with James Dean) and has dementia in its middle stage. She lives in the near future in a futuristic looking beach house with her daughter Tess and son-in-law Jon and a ghost-like hologram of her late husband Walter. The film is slow because it is a sort of mediation on past memories as we perceive them as they fade away over time.

Lois Smith gives an amazing performance in the lead role (she played this role in a theatre adaptation), but is supported by a great cast including Jon Hamm, Geena Davis and Tim Robbins. I loved Hamm’s performance as the robotic hologram. The balance between a good prime and a robot is subtle. 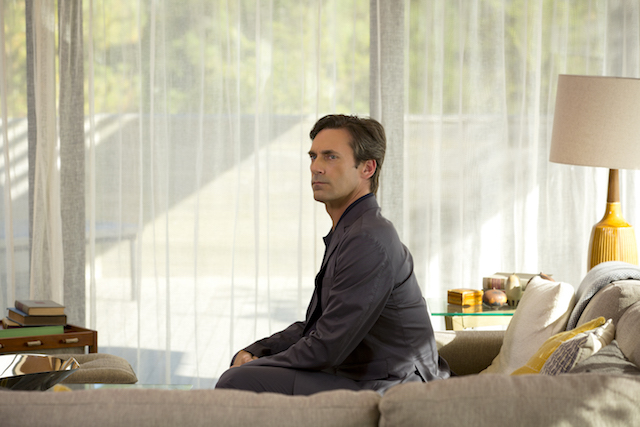 Marjorie converses with the hologram 3D projection of her deceased husband Walter, played by Jon Hamm, about health and memories from the past. The holograms are not so obvious and seem quite real. The projector is never shown so at first we are induced to believe that Marjorie is talking to a real person. The movie explores the idea that memories are sometimes all we have to lean on. We remember good times and bad, though it’s not uncommon to bury memories that are troubling and painful. So what if memories could be remembered for you – or forgotten for you? I enjoyed imagining this as the next stage of virtual reality. It is a brilliant concept.

Tess and Jon face the challenge of programming the prime and teach their dementia suffering mum/mother in law who she was and is, trying to reconstruct her identity. In the process Tess has to deal with a deep family secret that has been banned from the conversations, i.e. the death of Damian, Tess’s brother, who committed suicide at a young age, and took his favourite dog’s life with him too. This damaged Marjorie’s relationship with Tess forever.

As the story progresses, Marjorie passes away, and Jon brings a Prime version of Marjorie into the household, hoping to heal or resolve Tess’s troubled relationship with her mother. But the attempt falls short and Tess, succumbing to despair, kills herself – leaving Jon to face his future (and his past) by once again inviting a Prime into the house, a replica of his dead wife. 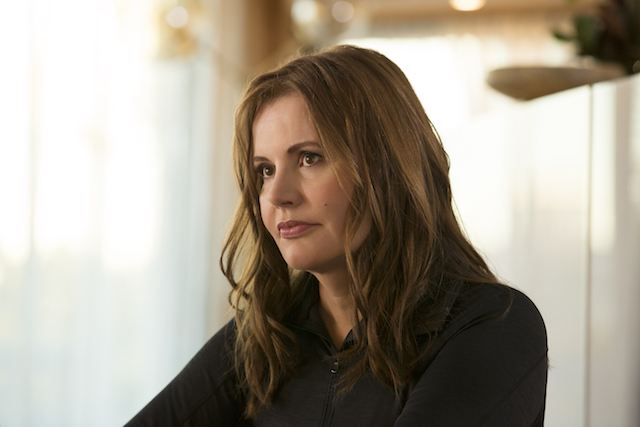 Tess is played by a mature Geena Davis. She is one of Hollywood’s most respected actresses, and is recognised for her tireless advocacy of gender equality in media nearly as much as for her acting accomplishments. She is the Founder and Chair of the Geena Davis Institute on Gender in Media, which is successfully influencing film and television content creators to dramatically increase the percentages of female characters — and reduce gender stereotyping — in media targeting children 11 and under. Her role in Marjorie Prime is of a very meditative and sensitive middle age woman which suits her personality. I enjoyed her performance as Tess. 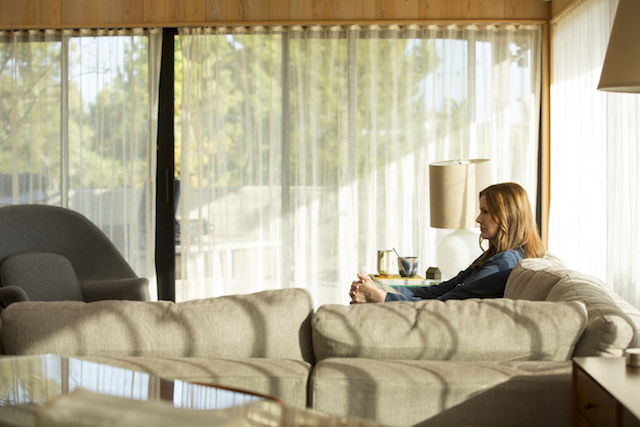 The story also extends onscreen, to reveal more of Jon’s life after Tess’s passing. Jon and Tess’s granddaughter gets introduced to her deceased grandmother in the form of Marjorie Prime. It’s a lovely idea. It’s moving to imagine a child being able to make contact with a relative who’s gone, to connect across generations, to transcend the bounds of time.

Marjorie Prime is an unusual movie which touches on very current issues and universal inner troubles. The stars certainly make the difference between a boring slow movie and an innovative well-performed sci-fi drama.

This entry was posted on Tuesday, January 23rd, 2018 at 11:07 am and is filed under Movies. You can follow any responses to this entry through the RSS 2.0 feed. Both comments and pings are currently closed.