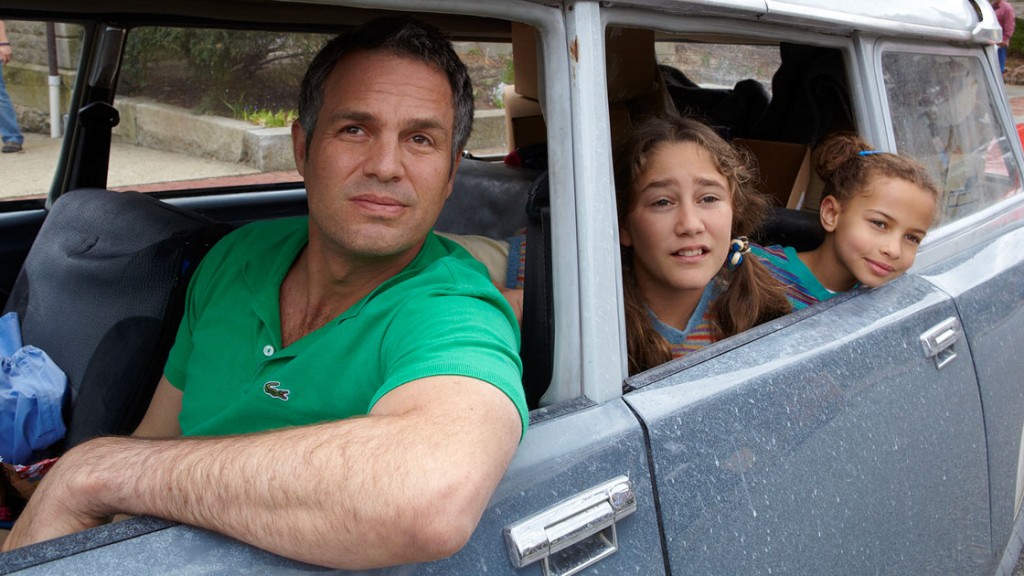 Based on the childhood experiences of the film’s first time director and writer Maya Forbes, this is set in 1978 and follows the less-than-conventional family life of Cam (Mark Ruffalo), Maggie (Zoe Saldana) and their two young daughters (Imogene Wolodarsky and Ashley Aufderheide). Cam is recovering from his second manic breakdown, and the family are struggling to keep their heads above water on the little that Maggie earns at work. When they can no longer pay for the girls’ private school, Maggie makes a decision: to go to business school in New York for 18 months to study for an MBA, which will lead to a better, and better-paid, job. In will mean that the girls can go back to their old school but, for the time being, Cam will have to be a full-time dad and, as he’s bipolar, he soon finds himself out of his depth.

Essentially a family drama, the film is given an extra dimension by its examination of Cam’s illness, as well as taking the opportunity to look at the attitudes of the day. He’s presented in a sympathetic light but not a rose-tinted one, but this is still the late 70s, so Maggie firmly instructs the girls not to tell anybody about their father’s behaviour. Mental illness is something to be kept inside the family. And his mood swings make life difficult for everybody: the apartment is full of his unfinished projects, he upsets the girls and Maggie has to carry the strain of being not just his wife but his carer as well. He’s a loving father, even during his lapses when he doesn’t take his medication and starts drinking again, but eventually has to admit that he’s a better father than he is a husband.

The film aims for more understanding and tolerance of mental health issues, far more than there would have been in ’78, when the term bipolar was only just starting to replace the term manic depressive. That’s where the title comes from, with the younger daughter describing her dad as “totally polar bear.” And it demonstrates the film’s light touch in dealing with a heavy subject, making it more sympathetic and easier to understand. 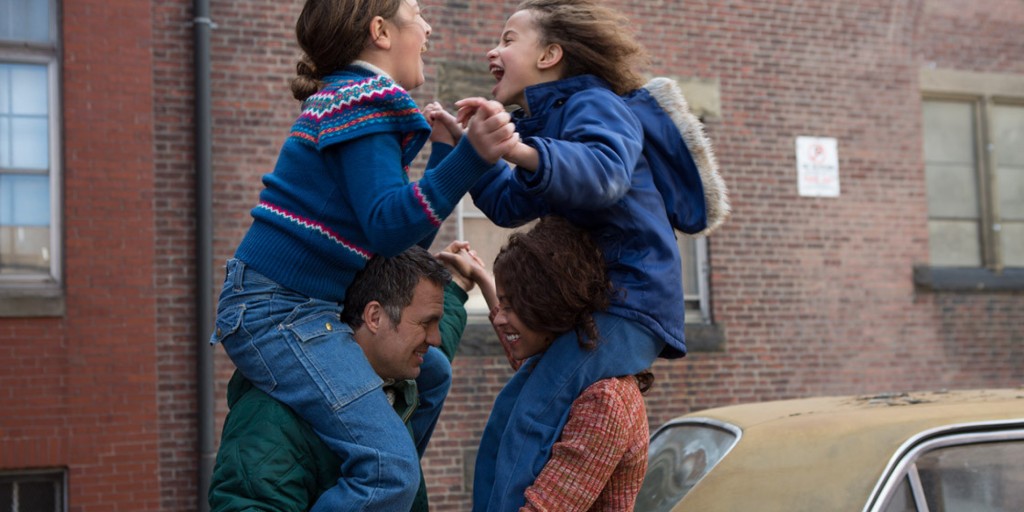 The opening sequence is shot home movie style and this continues for most of the film. It’s a good fit: Cam is an enthusiastic photographer, taking pictures of just about every moment of his family’s life. And on top of that, many of the interior scenes are filmed fly on the wall, as if cameras were positioned around the apartment, capturing every second. It gives the film an immediacy and a personal feel that reflects the background to the story.

Mark Ruffalo was nominated for a Best Actor, Musical or Comedy at this year’s Golden Globes for his role as the bipolar father and it gives him the opportunity to demonstrate his range and authority as an actor. The part came before his muscle bound wrestler in Foxcatcher (2014) and his relentless investigative journalist in Spotlight, which is released later this week but, taken together, the three performances show a breadth and subtlety in his acting. His character is appealingly charming, but that’s overshadowed by his illness: even when he’s taking his medication, other people find his behaviour unsettling because he has no concept of the line between being friendly and being intrusive. It’s a challenging role and Ruffalo tackles it with skill and humanity. 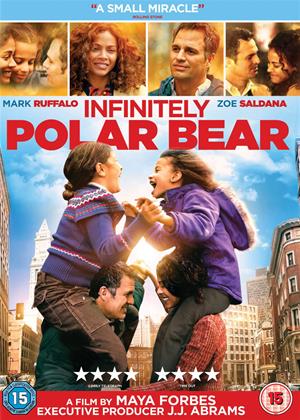 A warm, sympathetic portrait of unconventional and challenging family life, Infinitely Polar Bear is simultaneously touching, quirky and funny. Yet it always manages to stay on the right side of cloying sentiment, keeping its feet firmly on the ground – and that’s primarily because of Ruffalo’s star turn. Treat yourself to a movie that few people in the UK have actually seen. You won’t regret it.

Infinitely Polar Bear is released on DVD on Monday, 25 January and reviewed on Talking Pictures on Thursday, 28 January 2016.

Tags:  Bipolar DVD Infinitely Polar Bear Mark Ruffalo Sundance Film Festival Toronto Film Festival Zoe Saldana
This entry was posted on Monday, January 25th, 2016 at 11:15 am and is filed under Movies. You can follow any responses to this entry through the RSS 2.0 feed. Both comments and pings are currently closed.