I personally cannot wait to see this live action version of the Walt Disney’s 1941 Classic animation Dumbo, which has always been one of my favourite movies from my childhood. This film will also bring a new generation to love a classic tale. We have to wait until March 2019, though, as this is the release date of this new Disney film. 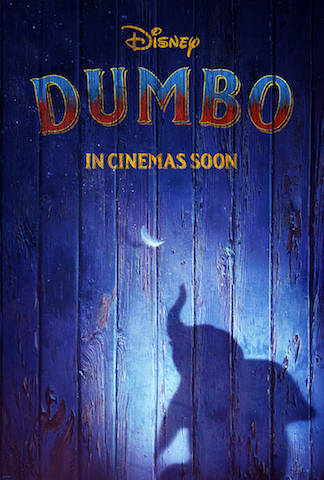 This new live-action feature film Dumbo introduces Holt Farrier (Farrell), a former circus star who finds his life turned upside down when he returns from the war. Circus owner Max Medici (DeVito) enlists Holt to care for a newborn elephant whose oversized ears make him a laughingstock in an already struggling circus. But when Holt’s children (Parker and Hobbins) discover that Dumbo can fly, persuasive entrepreneur V.A. Vandevere (Keaton) and an aerial artist named Colette Marchant (Green) swoop in to make the peculiar pachyderm a star.

Walt Disney’s classic animated tale “Dumbo, which opened 23 October 1941, won an Oscar® for best scoring of a musical picture and was nominated for best original song for “Baby Mine.”

The talent behind Dumbo

This entry was posted on Wednesday, June 13th, 2018 at 11:08 am and is filed under Movies. You can follow any responses to this entry through the RSS 2.0 feed. Both comments and pings are currently closed.