After six years of waiting, the Downton Abbey movie, written by Julian Fellowes, is finally here and now available on Digital and Blu-ray and DVD from Universal Pictures Home Entertainment. It is a blast for all fans of classic British period dramas. Downton Abbey the movie provides hilarious gags and enjoyable escapism away from nonsensical politics. I recently met the entire cast and filmmakers and chatted to creator Julian Fellowes and actor Hugh Bonneville. 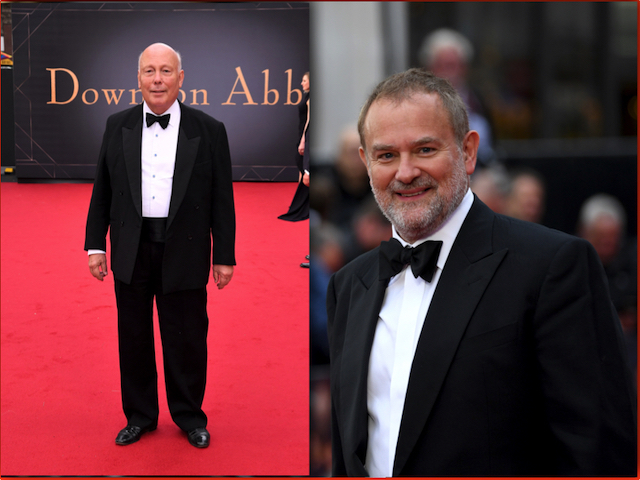 The movie picks up not too long after the series ended. Time-wise, it’s nearly eight months after. The beloved Crawleys and their intrepid staff prepare for the most important moment of their lives. A royal visit from the King and Queen of England will unleash scandal, romance and intrigue that will leave the future of Downton hanging in the balance.

Julian Fellowes: The very important part for the survival of these houses is always dependent on the older generation, knowing when it’s time to let the next generation come in. When they don’t do that, and when they hang on and hang on and hang on and the heir finally gets sick when they’re already 68 and it means they’re too old to make the changes and do the work that needs to be done. I wanted to make it clear that Mary was going to be put in charge while she’s still had a level of energy and attack to get on with it. Even she has her moments of doubt as to whether she really wants to do it. But if she had not been allowed to get it until she was 60, she wouldn’t have done it. And I suppose that was the point that I was endeavouring to make by making it clear that she’s in charge and that Robert and Cora have the grace to accept that they must now step back and let the next generation get in.

Q: Everybody loves Lady Violet and would like to know how that character was born and whether she is based in any way on a real person.

Julian Fellowes: She was based on my grandfather’s eldest sister whom I knew very well. He died in the Great War at 29, but his elder sister lived on. I was 21 and she was very autocratic and very tough on all the rest of us, but tough on herself as well to keep traditions going. In that sense, the character of Lady Violet was based on her. These strong women had been in charge during the war, while the men went off to the front, and were holding families together. That generation went through incredibly tough things.

Q:                  How much was the screenplay for the movie filtered through the current political situation in Britain?

Julian Fellowes:           Part of the popularity of the show is that it doesn’t do that. There’s a sense of longing for a time when people experience a greater sense of the community or a greater connection to those who aren’t like them and don’t live like them. These characters have universal appeal. It’s a family in which there are rivalries and jealousies and then affection. These stories speak to everyone.

Q: The series is very successful and the movie extremely anticipated. Can you talk a little bit about the move from TV to the big screen.

Julian Fellowes: In the series, not everyone involved expects to have a major story every week. They probably have two or three during the whole process. Not every story is completed every week. Some of them go through two or three episodes, some last the whole season. In the movie, everyone who appears in it must have a reason for being there and all of those narratives must be completed and resolved within the film. You can’t say to people that we’re stopping this story here and you can come and see the continuation in next film. It doesn’t work like that. So, the structure was altered in that way. We also wanted people to recognise the series they loved within the film and not be disappointed. It still had to feel like you were coming back to the same place. Obviously, all the actors understood the characters they were playing because they created them. Our job was to make it more cinematic and to find a central unifying subject – the Royal visit – that would allow us to plausibly increase the scale and fill a larger screen.

Another big challenge was to get 20 leading actors to be available in the same month, same year and in the same place. As to whether we’ve done that successfully, it’s not for us to judge.

Q: Downton Abbey is without doubt the biggest period drama that has come out of Britain. In your mind, how far timewise is the storyline of these characters gone? Have you already thought of taking these characters through the Second World War or beyond that? Is there going to be more movies because people really want to know this.

Julian Fellowes: I don’t know. We’ve covered a timeframe of 15 years between 1912 and 1927 and we have done that over the space of 10 years in a fairly slow manner. The difference between actual time and fictional time, is not very great. Making the actors age 60 years, would not be credible. I wouldn’t take them 20 years forward. But whether there’s another bite to come out of it, who knows… 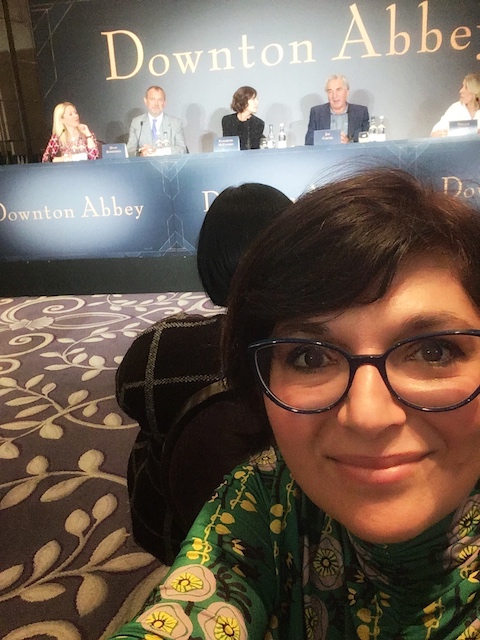 Q: Hugh Bonneville, I’ve got a couple of cheeky questions for you. We met at the junket for the Paddington movie a couple of years ago. Referring to both films you’ve done in recent times, do you prefer playing the Earl of Grantham or Mr Brown? Also, Allen Leech earlier suggested that your sexy calves are the defining moment for this shoot. What do you take away from this?

Hugh Bonneville: It’s the same performance, it’s just different costumes. The dad tries to make his way with family. One involves a furry bear, the other involves Michelle Dockery. I appreciate both projects equally. In terms of my calves, they are magnificent – Allen is completely right. And because I get to show them in the film, I think they will be a feature of the fan memorabilia for the years to come. 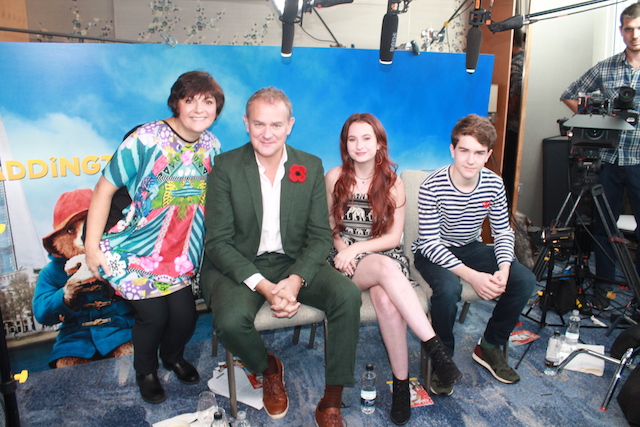 Q: How was it wearing women’s clothes in Paddington? And the period fashion that you wear in Downton Abbey. Which one do you prefer?

Hugh Bonneville: I did try and get into the women’s clothes in Downton Abbey as well. But the director was a little reluctant so that scene did not hit the cutting room floor. The fashion, particularly for the women of Downton Abbey, is wonderful and I’m very envious. I would have loved to wear one of those frocks.

Q: What was it like meeting ‘King George’ for real?

Hugh Bonneville: It was nearly as exciting as meeting Shirley Mac Lane for real but slightly less glamorous. When Shirley turned up on her first day of filming, it was her arrival, she wanted to kiss everybody on both cheeks and she was told that she could not do that. Then she asked, can I hug Carston? We had to tell her: But Shirley, we are English, they are servants. (giggles) 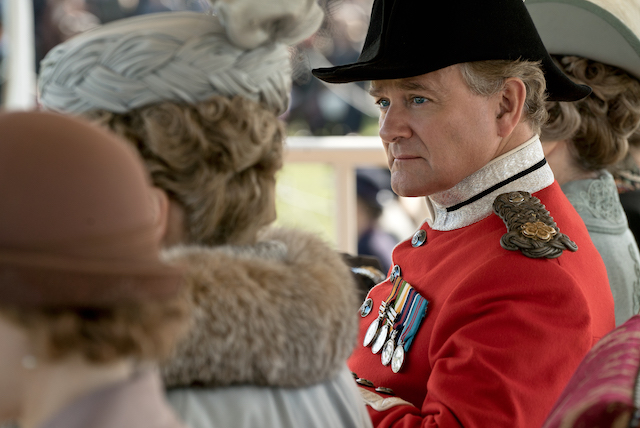 Q: You have a few high-profile fans out there…

Hugh Bonneville: I can remember when Elizabeth Lee McGovern and I were in Washington DC at a lunch once and met John Kerry, who was what Secretary of State then. He said that he’d been recovering from a bad back and had insomnia. His wife picked up the Downton Abbey DVD boxset which he watched from 4 am to midday. He was rather hooked. There’s another White House connection. When we were invited to the American Ambassador’s residence in London to celebrate Thanksgiving, a letter from Michelle Obama was there waiting to greet us because she’s a big fan of our show. On another occasion, we did actually go to the White House and she said to us that the characters have become like friends to her. 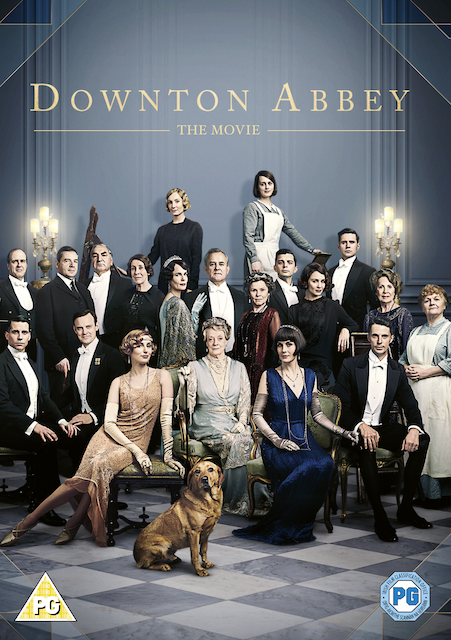 We return to the Great House with the most illustrious guests the Crawley family could ever hope to entertain, their Majesties King George V and Queen Mary (it’s 1927). With a dazzling parade and lavish dinner to orchestrate, Mary, now firmly at the reins of the estate, faces the greatest challenge to her tenure as head of Downton.

The calibre of the visitors causes quite a rumpus below stairs too and cracks begin to form in the usually well-oiled machine. Mary pleads with the retired Carson to return to the house, just this once, to oversee this most significant event but not everything goes to plan. The loyal Downton staff must pull out all the stops in order to ensure success and that the place they are proud to call home is presented in its greatest light. 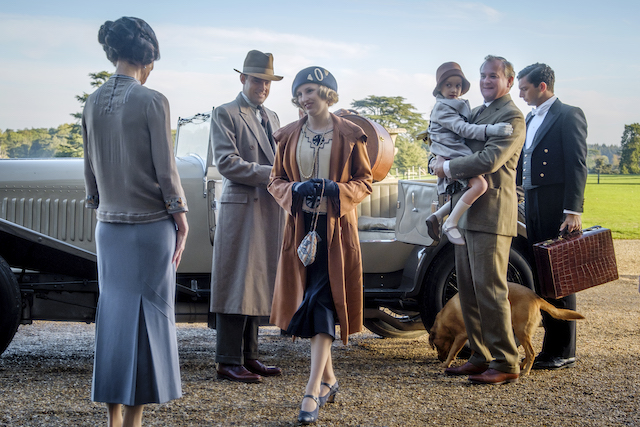 The King and Queen bring with them a lady-in-waiting whose own story will prove explosive to the Crawleys and the future of Downton. The arrival of royalty is not a coup for all though: as an erstwhile Irish republican, Tom Branson’s political sympathies get him into trouble. Inspired by Branson’s republican stance, Daisy starts her own revolt in the kitchens and when Thomas is forced to take a step back by Carson’s return, his indulgences during his newly found free time lead to misfortune.

The sisters weather this latest disruption as best they can, but when The King offers Edith’s husband Bertie a once-in-a-lifetime opportunity it causes conflict between them. When Violet reveals some surprising news, it becomes clear that Mary must make some important decisions, for herself, for her family and for Downton Abbey.

Your can read a full behind the scenes special feature in the London Mums print magazine.

Without spoiling the story, it’s fair to say that there’s enough material in this movie to keep it open to another story. 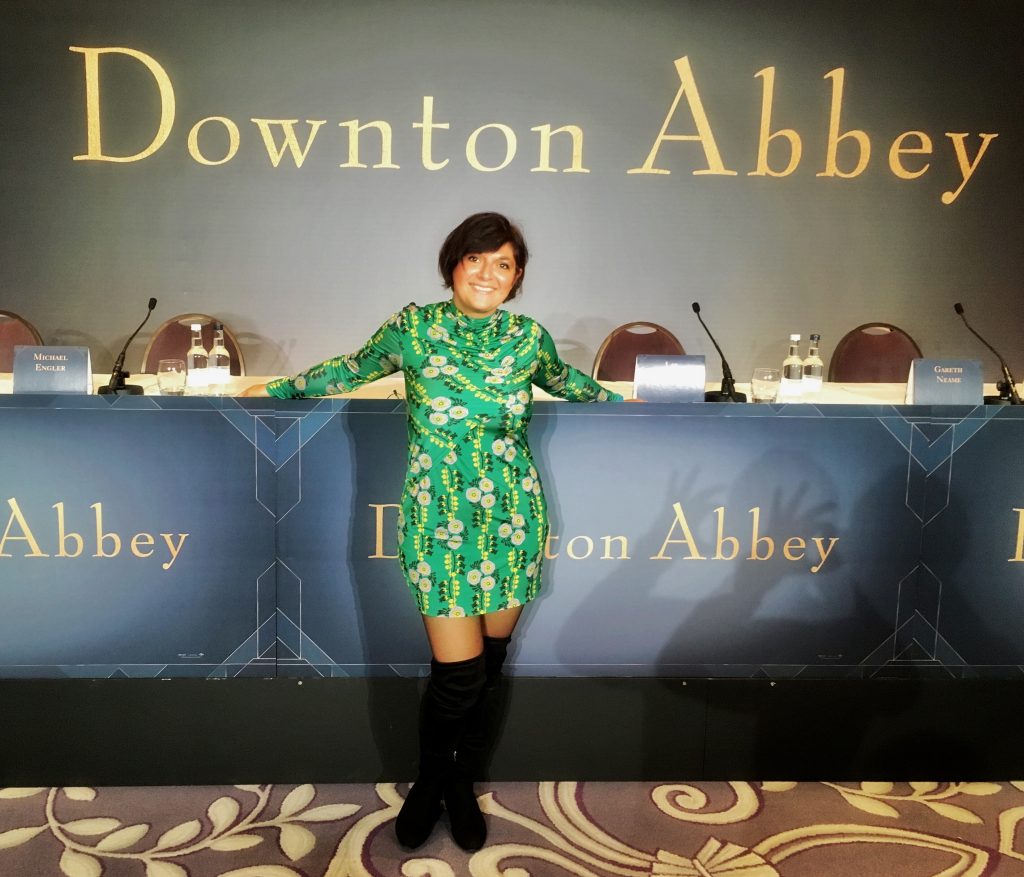 This entry was posted on Monday, January 27th, 2020 at 12:29 pm and is filed under Movies. You can follow any responses to this entry through the RSS 2.0 feed. Both comments and pings are currently closed.