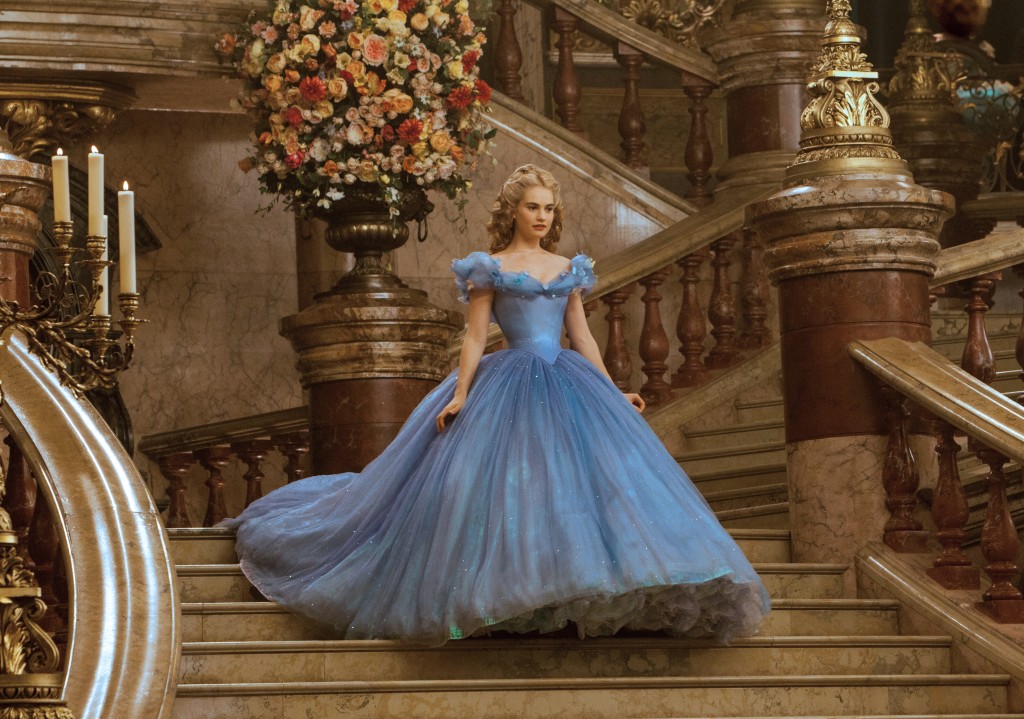 That dress – and that waist.

Was it CGI?  Corseting?  Or an optical illusion?  The inevitable questions about the size of Lily James’ waist in her stunning ball gown weren’t long in coming.  Not surprising, given that the panel were sat underneath a giant photograph of the very same dress.  But there were more.  Should parents be concerned that this Cinderella was sending out the wrong messages about body image?  And did it concern the film makers?

The film’s costume designer, Sandy Powell, was on the panel and admitted she didn’t understand all the fuss.  “Lily does have a small waist, but so do all the other girls in the film – and all of them were wearing corsets because that’s what you wear with period clothes,” she said.  “Lily’s dress, in particular, is an optical illusion because the diameter of the skirt is about two metres and that does make the waist look smaller than it actually is.”

Producer Allison Shearmur added her perspective as the mother of a 12 year old.  “The dress has got a lot of attention, but the funny thing is that it’s focussed on something opposite to the theme of the movie, which is that your sense of beauty and strength are on your inside.  My daughter thought the dress was really pretty, but what she really took away from the film was the importance of courage and kindness.”

Cinderella herself, Lily James, summed it up by recalling a little boy she knew who’d been impressed how her character had promised her mother to be kind and good and never forgotten it.  “And I thought – that’s the message.  And why on earth are we focussing on something that’s so irrelevant?”

Asked what she thought her Cinderella had to say to girls of today, she felt it was all about how strength comes from within.  “She finds such happiness in her life, regardless of her situation, even if she’s just talking to Gus Gus and the mice.  But when I read the script, I was bowled over by the fact that it was such a truthful re-telling of the fairy tale.  She was really strong and was a girl I wanted to play.  And I felt really inspired by playing her.”

To read more about this amazing movie check these relevant features in the London Mums magazine including a special competition:

Tags:  Allison Shearmur Big Hero 6 CGI cinderella disney Feast Gus Gus Holliday Grainger Kenneth Branagh Lily James Sandy Powell
This entry was posted on Sunday, March 22nd, 2015 at 8:30 am and is filed under Movies. You can follow any responses to this entry through the RSS 2.0 feed. Both comments and pings are currently closed.