Cinema Made in Italy 2021 returns this year for its 11th edition with a new digital edition, bringing cutting edge Italian cinema to a national audience for the first time, on the curated streaming service MUBI. From 16 – 29 April film fans will once more have the unique opportunity to take in a diverse array of the best recent Italian productions. Whereas in previous years the audience has been London–centric, with the festival moving online, fans from all over the UK and Ireland will be able to enjoy the festival from the comfort of their own homes.

The fourteen-day event will commence on Friday 16 April, with all nine titles being made available on MUBI for the duration of the festival period. 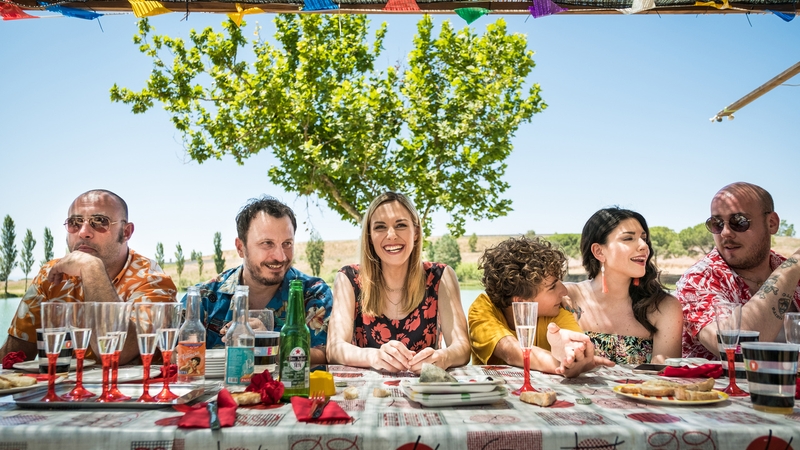 Pietro Castellitto’s directorial debut THE PREDATORS (I Predatori), starring Castellitto himself, alongside Massimo Popolizio and Manuela Mandracchia, the film is a comedic social commentary.

Amongst the award-winning titles is Giorgio Diritti’s HIDDEN AWAY (Volevo Nascondermi). At the centre of the film is Elio Germano’s 2019 Berlin Film Festival Best Actor performance as 20th century naïve artist Antonio Ligabue. The film tells the story of how Ligabue was expelled from Switzerland to Italy and lived for years in poverty in the Po floodplains, never giving up his passion for drawing. Diritti’s previous films include The Wind Blows Around (Il vento fa il suo giro) and, The Man Who Will Come (L’Uomo Che Verrà).

THE TIES (Lacci) directed by Daniele Luchetti (My Brother Is an Only Child, La Nostra Vita), was screened as the opening feature at the 2020 Venice International Film Festival, the first Italian film to do so in more than a decade. The film follows the breakdown of a middle-class couple’s marriage as they navigate their separation, whilst exploring the ties that bind people together. The film stars Alba Rohrwacher alongside Luigi Lo Cascio. 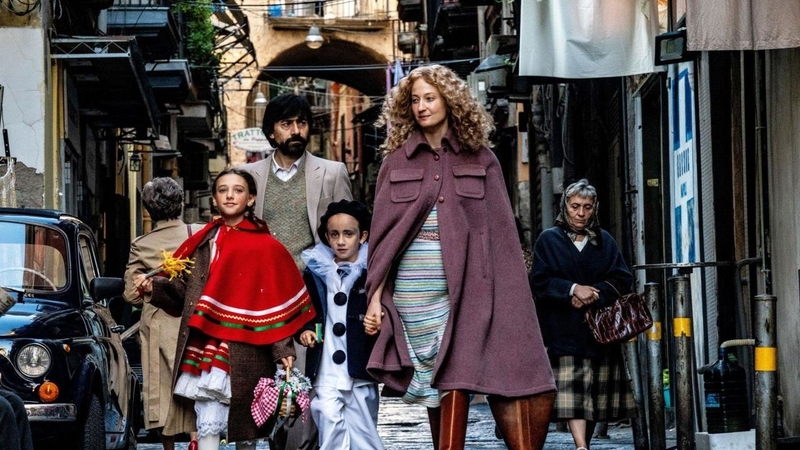 Another highlight of this year’s programme is writer-director Claudio Noce’s (Good Morning, Aman, La Foresta di Ghiaccio) third feature, PADRENOSTRO. Based loosely on his own childhood experiences, the film follows a ten-year-old boy with a vivid imagination as he witnesses an attack on his father by a terrorist group. Actor Pierfrancesco Favino’s performance saw him win Best Actor at the 2020 Venice International Film Festival for his role as Alfonso.

Director and actor Pietro Castellitto (Twice Born, La Profezia Dell’armadillo) appears in this year’s festival line-up with his directorial debut THE PREDATORS (I Predatori), about two opposite households who are brought together following a trivial accident. Starring Castellitto himself, alongside Massimo Popolizio and Manuela Mandracchia, the film is a comedic social commentary. THE PREDATORS screened in the Orrizonti section of last year’s Venice International Film Festival. 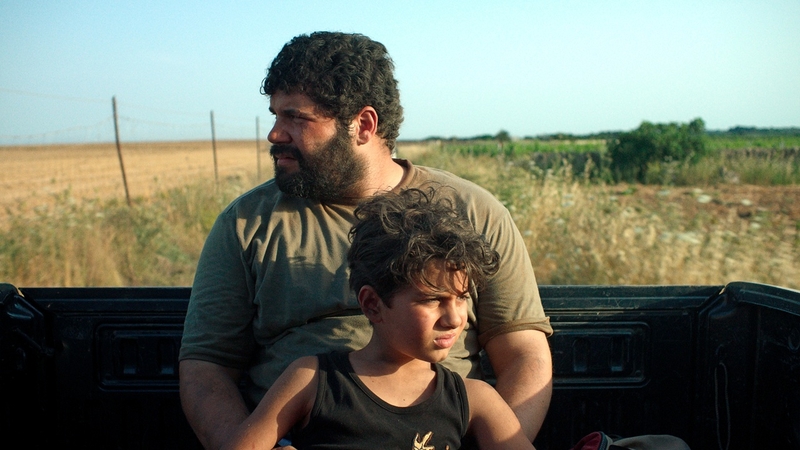 UNA PROMESSA (Spaccapietre), a tale of fatherly love and loss, directed by Gianluca De Serio and Massimiliano De Serio (Seven Acts of Mercy), is the only Italian title to have competed in the 17th edition of Giornate degli Autori at the 2020 Venice Film Festival. Similarly, Mauro Mancini’s feature debut THOU SHALT NOT HATE (Non Odiare) was also the only Italian title to compete in 2020’s Venice Critics’ Week. Actor Alessandro Gassman received the Francesco Pasinetti Prize for Best Actor for his performance as Simone.

Having screened in the Venice Classics section at the 2019 Venice International Film Festival, LIFE AS A B-MOVIE: PIERO VIVARELLI, co-directed by Niccolò Vivarelli, Piero’s nephew, alongside Fabrizio Laurenti (The Room Next Door, Il Corpo Del Duce) tells the story of the acclaimed late Italian screenwriter, director, and songwriter. The documentary delves into the unexplored territory of Italian pop culture and its unique and global vitality.

A further highlight of the programme is Nicolangelo Gelormini’s feature debut; FORTUNA – THE GIRL AND THE GIANTS (Fortuna), which screened at the 15th Rome Film Festival. Based on a sinister real-life story, the film is a surreal horror, seen through a child’s eyes.

From four-time director Francesco Bruni (Tutto quello che vuoi) comes EVERYTHING’S GONNA BE ALRIGHT (Cosa Sarà). The film, which screened as closing night film at the 2020 Rome Film Festival, explores a deeply personal narrative based on Bruni’s own brush with illness and the sense of confusion he was left with when faced with the prospect of death. The film’s protagonist, Bruno, and his family embark on an unexpected journey of rebirth, with the hidden sense that ‘everything is going to be alright’.

Filmmaker Q&A sessions will also feature in this year’s programme, with select directors participating in discussions pre-recorded specifically for the 2021 edition of CINEMA MADE IN ITALY. These will be available for audiences via the Italian Cultural Institute’s Vimeo channel.

The annual event is organised by Istituto Luce-Cinecitta’s promotional department in Rome (Filmitalia), with the support of the Italian Cultural Institute in London, the official agency for the promotion of Italian language and culture in England and Wales (www.icilondon.esteri.it). The films were selected by Adrian Wootton OBE, CEO of Film London and programme advisor for the BFI London Film Festival.

THE PREDATORS (I Predatori), directed by Pietro Castellitto

THOU SHALT NOT HATE (Non Odiare), directed by Mauro Mancini

LIFE AS A B-MOVIE: PIERO VIVARELLI, directed by Niccolò Vivarelli and Fabrizio Laurenti

FORTUNA – THE GIRL AND THE GIANTS (Fortuna), directed by Nicolangelo Gelormini

All nine films will be available to watch on MUBI starting 16 April. New members of MUBI can get 30 days free on mubi.com/cinemamadeinitaly.

MUBI is a curated streaming service. An ever-changing collection of hand-picked films. From new directors to award-winners. From everywhere on earth. Beautiful, interesting, incredible movies — a new one, every single day. Always chosen by us. MUBI is available to watch in 190 countries, and the films we pick are guided by local cultures and cinema. We are the world’s biggest community of film lovers, with over 10 million members around the globe. You can stream or download all our movies, anytime. On any screen or device, anywhere. And you’ll never see a single ad on MUBI. Ever. And with MUBI GO, our members also get a hand-picked cinema ticket, every single week, to see the best new films, in real cinemas. MUBI also produces and theatrically distributes ambitious films by both emerging and world renowned filmmakers, which members can see exclusively on its service. Subscription plans are £9.99 a month or £71.88 for 12 months. MUBI is available on the web, Roku devices, Amazon Fire TV, Apple TV, LG and Samsung Smart TVs, as well as on mobile devices including iPad, iPhone and Android.

Against all odds it is Festa again in Rome for Cinema makers & lovers with the Rome Film Fest, 15-25 October 2020v

This entry was posted on Thursday, April 8th, 2021 at 4:52 pm and is filed under Movies. You can follow any responses to this entry through the RSS 2.0 feed. You can skip to the end and leave a response. Pinging is currently not allowed.